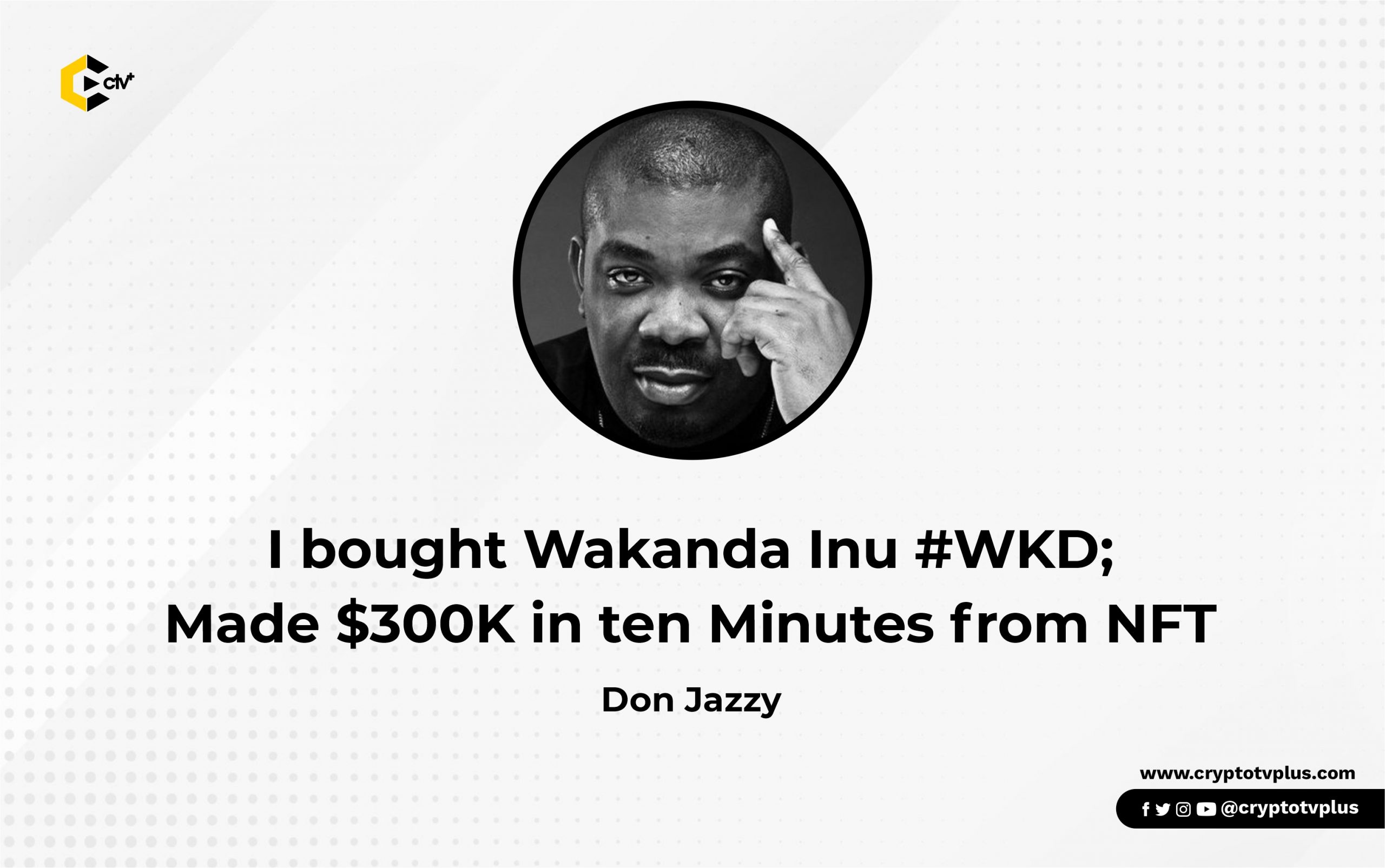 The Founder and CEO of Marvin Records, one of the largest music studios in Nigeria spoke in a live session with Chris Ani, founder of DABA, an online educational platform.

In the live session, Mr. Michael Collins Ajereh, also who is popularly known as Don Jazzy said he bought some Wakanda Inu tokens.

In his words,  “I have some Wakanda Inu coin,… Just the whole African vibe about it. I am like nothing dey shake, we move.”:

The mega music producer expresses great excitement as he talked about the purchase of the Wakanda Inu token.


Wakanda Inu was launched on the 7th of November and has grown within a short period to be listed across top exchanges across the globe.

Listed across over 13 trading platforms, Wakanda Inu currently have about 100K token holders.

Wakanda Inu also announced there will be a token burn on the 7th of December. The token burn will see a total of 76% of the entire supply removed from ever entering the market. This will significantly reduce the max supply of the Wakanda Inu token.

An Instagram Ad video circulating the space also saw a popular Nigerian comedian, Josh2funny promoting a crypto token sale. In the video, Josh2funny opened his Trust Wallet app and it showed Wakanda Inu token as one of the tokens he has.

In a session Inside Blockchain, the Founder of DABA, Chris Ani speaking about Wakanda Inu, he said

Chris Ani, on explaining what Wakanda Inu means to him;

“I got interested in Wakanda Inu for three reasons, first the “name”, secondly the “vision” behind it and third because its the “first of its kind” from Africa. Wakanda Inu is not just a meme token, it is sparking a global movement. True African Stories such as art, music, norms, culture and more, can be redefined & presented to the world through the Wakanda Inu Movement.. While we are expectant of the future, it is what we do with the present that guarantees us that future… The Future of Wakanda Inu is exciting and I will be part of it”

Nweze Ikechukwu, CEO of Olilifood and VentAfrica, also had this to say about Wakanda Inu;

“Wakanda Inu is more than a meme token, it is a Breakthrough movement. Before now Venture Capitalists & Investors come to Africa to facilitate accelerator programs and invest $100k or $150k…you hardly see projects in Africa achieve a million dollars in their seed round. Without the interference of VCs and Investors, Wakanda Inu was able to raise $1 million… Now that is the breakthrough movement that I am talking about!”

It is no doubt, the Wakanda Inu token has generated massive publicity across the globe and may continue to do so considering there is a plan to build an NFT marketplace to drive a use case for the tokens.

The Panther’s Word, the equivalent of Whitepaper for other crypto projects contains other products the community can vote on to be developed.

What do you think of this story? Share your comments below..