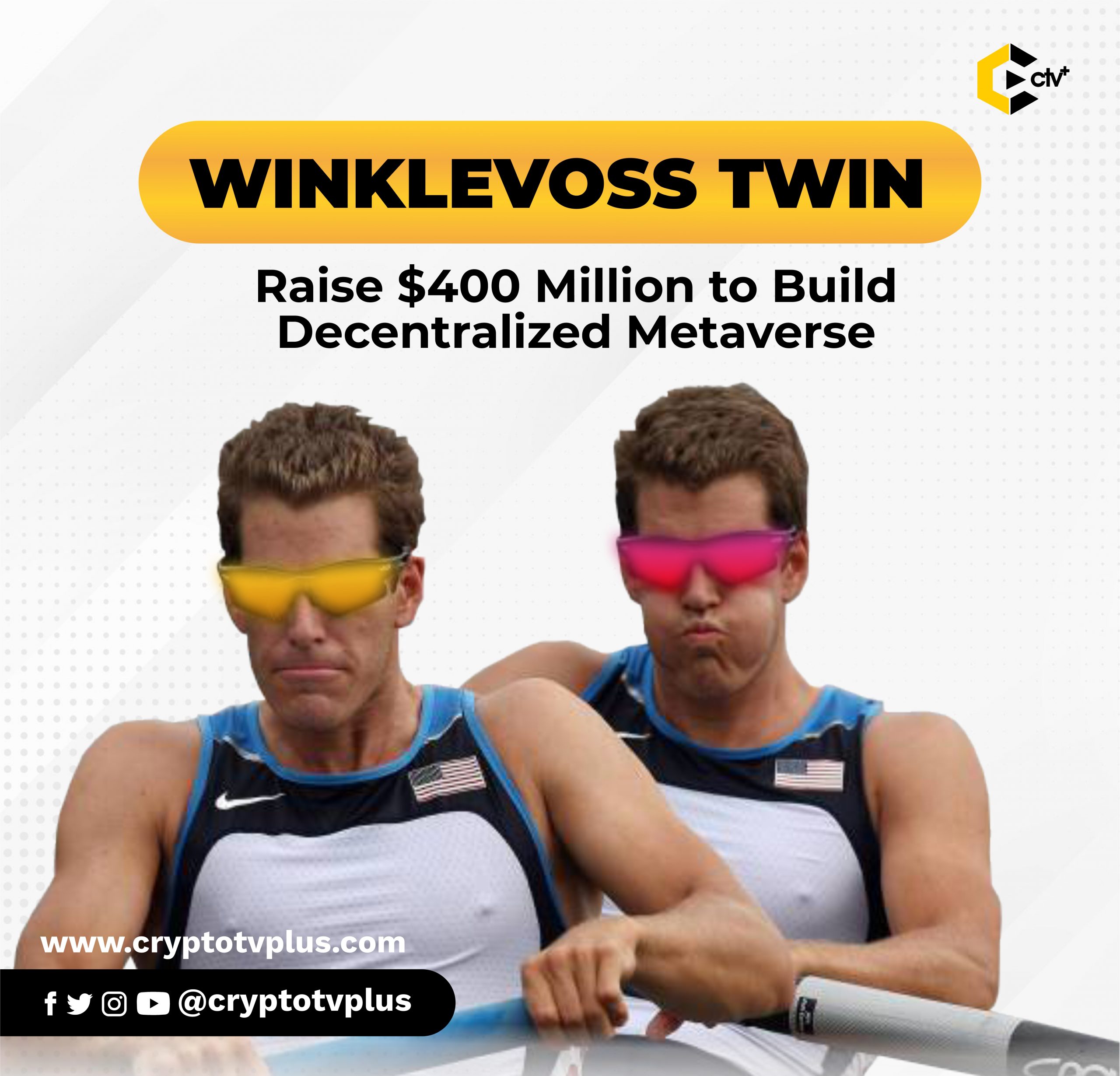 Tyler and Cameron Winklevoss,CEO Gemini are in the process of signing the last documents on their first round of capital, a $400 million investment  to build metaverse that equals the values of the  New York parent company, Gemini Space Station, LLC, at $7.1 billion after seven years of funding their Gemini cryptocurrency empire out of  their pockets.

Gemini is a New York trust company regulated by the New York State Department of Financial Services (NYSDFS). Gemini is also a fiduciary and Qualified Custodian.

It is subject to capital reserve requirements, cybersecurity requirements, and banking compliance standards set forth by the NYSDFS and the New York Banking Law.

The epic rivalry between the Facebook CEO and the twins is starting to look  serious as this is  not the first time the brothers have clashed with Zuckerberg.

Interestingly, Tyler and Cameron Winklevoss are expected to take 75% ownership in the company after the investment, and their combined net wealth will nearly double from $6 billion in April to $10 billion today. That is a lot of money if you ask me.

Last month dozens of blockchain startups raised a total of more than $4 billion to chip away at the exterior defenses of these Walled Gardens by building a virtual, augmented reality version of the internet, called the metaverse, that anyone can build on while Facebook and other Big Tech giants prepare a counterattack to  ensure that the billions of people already creating value for their firms setting a stage for clash.

Led by  capital management giant Morgan Creek Digital, with participation from decentralized finance venture firm ParaFi Capital, and others, The investment sets the stage for a possible final showdown between more than just the twins and their archrival, Zuckerberg, but between Walled Gardens where companies like Facebook own and profit from user data, and a free, open-source future.

As part of the capital raise to build a metaverse outside Facebook’s Wall Garden,New York-based Morgan Creek contributed $75 million and general partner Sachin Jaitly became the third member of Gemini’s board of directors.

The other board members are Tyler and Cameron. Rapper and tycoon Jay-Z’s Marcy Venture Partners, former Disney chairman Jeffrey Katzenberg,the Commonwealth Bank of Australia, private equity firm 10T, family office advisory Newflow Partners, as well as United Talent Agency, Jane Street, K5 Global, Pantera, VanEck and other investors are  expected to participate in what would be the fourth-largest capital raise in crypto history.

Gemini is only the 11th-largest exchange in the world on data site CoinGecko, and among those exchanges, relative newcomers like FTX just raised $900 million at an eclipsing $18 billion valuation.

In an industry where reach is directly equivalent to the  value Facebook, Twitter, LinkedIn, Reddit and almost all other  social networks have as what seems to be an insurmountable lead. For now, they are the perfect example  of Walled Gardens.

DeSo hopes to solve this problem by building a shared infrastructure on which anyone can create a social network of their own.

In a statement, Tyler said,

“It’s very easy to identify the problems with the existing networks and social spaces. But there haven’t been many solutions”

There’s already 150 projects being built on the blockchain, including 8 social networks, and metaverse.