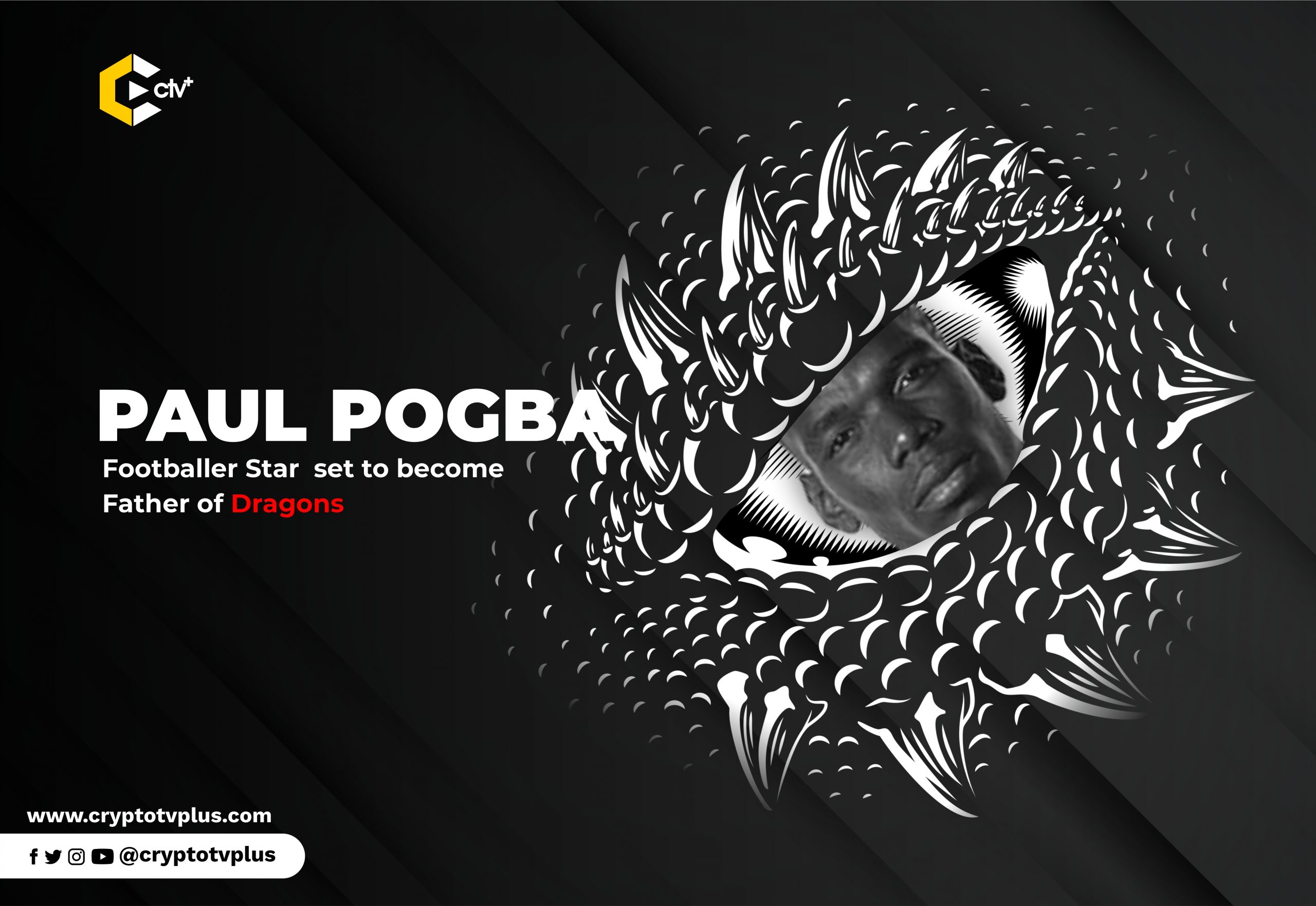 Paul Pogba is set to become the “Father of Dragons” in an NFT sale.

Crypto dragons is the platform that is facilitating this collaboration and endorsement.

Crypto Dragons launched the project earlier on and it has gained a lot of traction from the NFT season. The adoption of NFTs is becoming widespread and mainstream.

The distinctive project is centered on breedable NFT dragon collectibles and is currently building the NFT dragon lovers community (the Discord channel already has 40K members).

The whole dragon Metaverse will emerge from a limited 10,000 Eggs, where Common, Epic, and Legendary dragons are hidden.

After minting and hatching NFT dragons will breed, fight, and earn for their holders (Legendary dragon owners will regularly receive 50 percent of platforms breeding earnings).

Those fancy dragonlings are a result of mixing high-end technological approaches and original digital art.

The sophisticated mystical creatures are generated by specially developed algorithms: the genome of each dragon is built from 12,000 unique attributes, 25 genes with 16 variations in each gene.

Moreover, the algorithm superimposes 30 color shades of each variation and gets a true masterpiece of original digital art where no two are alike!

On November 7, the project launched the first round of the Reservation and closed it in seconds: the first butch of 500 Eggs was sold out immediately, raising a volume of 142 ETH.

Moreover, the Legendary dragon Egg was sold for 35 ETH!

However, the lucky start of CryptoDragons did not end there. Later CryptoDragons got an endorsement from Paul Pogba himself – a legendary french football star, who joined the project and announced he’s going to buy some NFT Eggs during the next Reservation round.

“I am happy to announce to you I’m partnering with a phenomenal project called CryptoDragons. This is my first time getting NFTs, so this is huge. You see I’m going to get some dragon Eggs so as you know what’s gonna happen – I’m gonna be the “Father of Dragons,” said he in the video posted on his official Instagram account.

Who is the next athlete to watch out for? When will we see Play to Earn football gaming?

Related Topics:Paul Pogba
Up Next

It has been a horrible year, CEO of KurePay Abikure Tega said as the company Close Shop