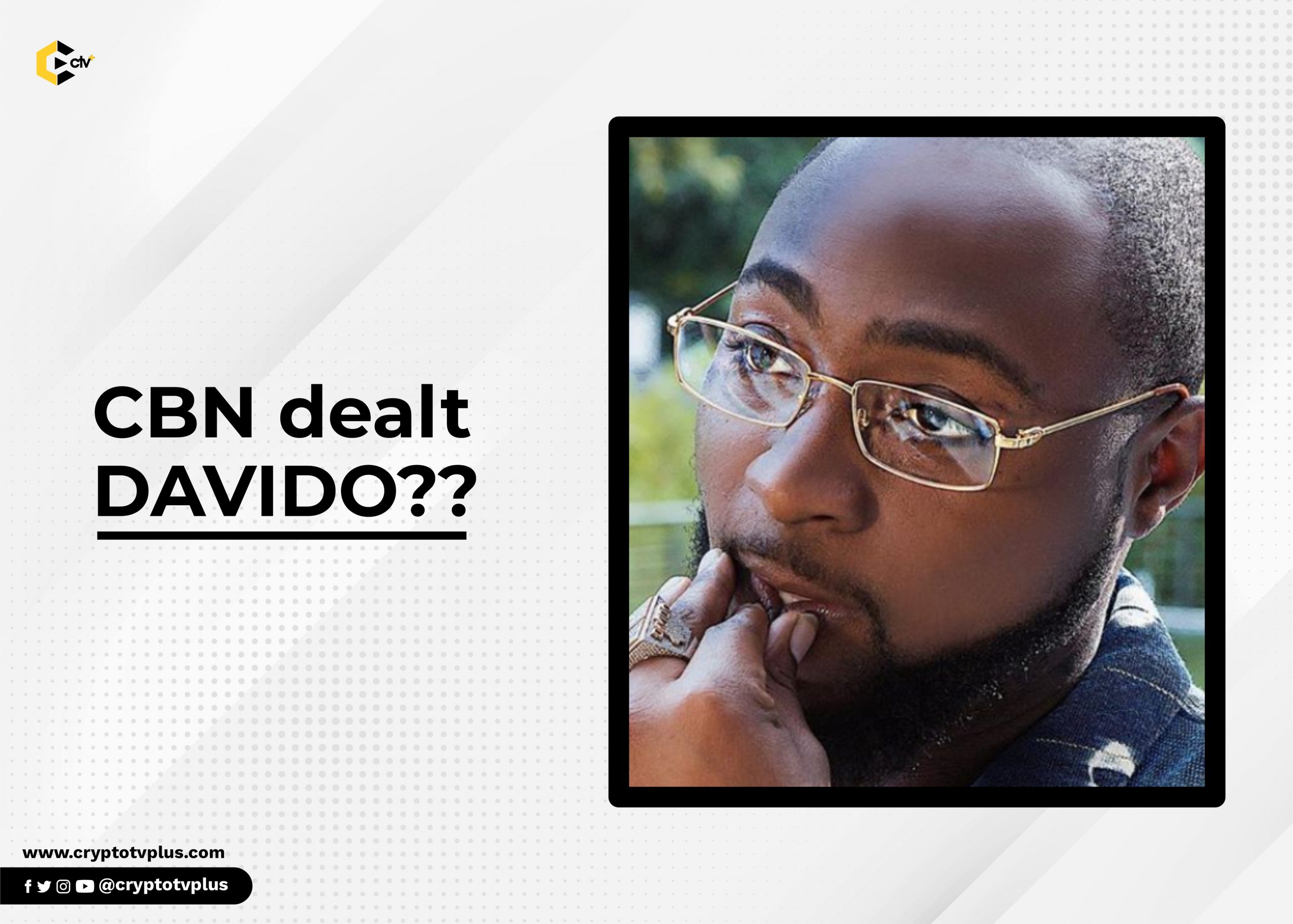 Davido’s cryptocurrency plans had not been realized after the CBN dealt a deadly blow to the superstar.

Davido had announced his foray into the world of blockchain and cryptocurrency and since he made the announcement or intention on his social media platform, he has been unable to talk about the progress of the venture.

On the 2nd of February, Davido took to his social media account to tweet that he was considering setting up a bitcoin trading platform.

The singer said the trading company will offer services that cover speculating the movement of bitcoin prices, purchasing bitcoin at choice periods, and trading it off for solid gains also at “choice” periods.

Three days after Davido hinted at starting his own bitcoin trading company, the Central Bank of Nigeria (CBN) released a circular on the 5th of February, 2021 prohibiting financial institutions from facilitating the purchase and sale of cryptocurrencies.

The Circular also directed financial institutions to also investigate the accounts of individuals or businesses involved in cryptocurrency and close them.

Since then, the popular artist has not talked about starting up his bitcoin trading company.

Has the Central bank halted the plans of the popular music star? While the company is yet to go live, Davido has gone into a new initiative – Fan token.
The artist took to his social media platform – Instagram to announce his recent foray into cryptocurrency and that is the launch of his fan token called $Echoke Social Token.

The token was built with Bisika’s latest venture, OmeGoat. And it will be distributed to fans over a period of 12 months.

Davido said the reason he created the $Echoke Fan Token.

“Every day, millions of fans create value that is captured by a few execs in a boardroom. Not anymore, we’re giving the power back to the fans.”

The token as with other fan tokens will grant fans premium offers such as free access to giveaways, NFTs, backstage passes, jobs, festivals, exclusive merchandise, media, and hospitality benefits.