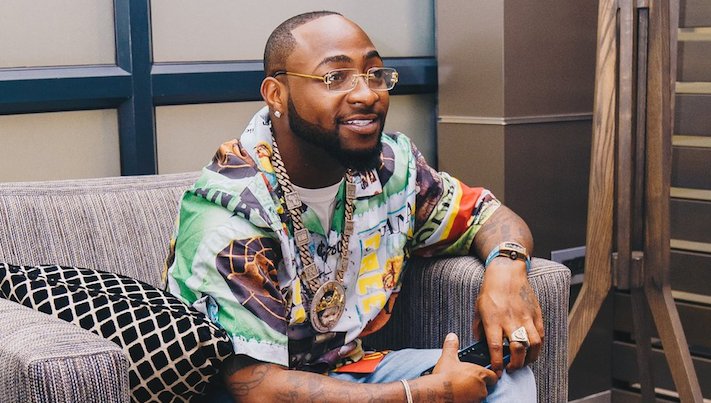 The singer who just released a new song with international acts, Chris Brown and Young Thug titled Shopping Spree took to his Twitter post about a cryptocurrency in a advising his followers to buy and hold the token.

He said it’ll moon – meaning the price will go up quickly and investors will make profit.

https://t.co/e2sXZpzbKs is going crazy! Hold this coin to the moon! 🚀🚀 @rapdoge let’s get it trending NOW!!

RapDoge is coming not long after Elon Musk tweeted about babydoge a crytptocurrency similar to doge.

The Shopping Spree artist called on his fans and followers to get the cryptocurrency trending.

Few months ago, Davido came under attack by his followers on social media after the ponzi scheme Racksterli he promoted crashed and investors were left high and dry.

Some of his followers in response to his call to buy and hold calling him out over his previous endeavor and this new act. A twitter user named Emmanuel Jerry said “that was how you deceived people into investing in Racksterly and it crashed with people’s money gone.” Jerry also advised people should invest at their own risk. A word is enough for the wise, he added.

That was how you deceived people into investing in Racksterly and it crashed with people's money gone.

Y'all should invest at your own risk.

Another twitter user YoungLegend said “You’re not a financial adviser, beware of pump & dump. Don’t be a bag holder’”.

You're not a financial adviser, beware of pump & dump. Don't be a bag holder.

Finest worwor boi said davido told him to invest in racksterli and when the scheme crashed, nothing was heard from him. Never again! He concluded

Just so painful..I wish he could let him pay us back ..I’ve more than 4m with him @ davido

RapDoge which calls itself Doge Coin Killer is an ERC-20 token. According to its website, RapDoge is a deflationary ERC20 token on the Ethereum Blockchain. It is programmed to be fully deflationary so every time somebody sells, you gain more coins.

It boasts of becoming the next best meme coin and is set to beat Shiba and Doge Coin. The website says the creators have renounced ownership at launch; has liquidity locked and that they are going to develop a platform and application where the coins can be used for different things. The creators claim more details will come weekly.

Within the same time Davido tweeted about RapDoge, a token with same name was created on the Binance Smart Chain network. The BEP20 token can be found here.