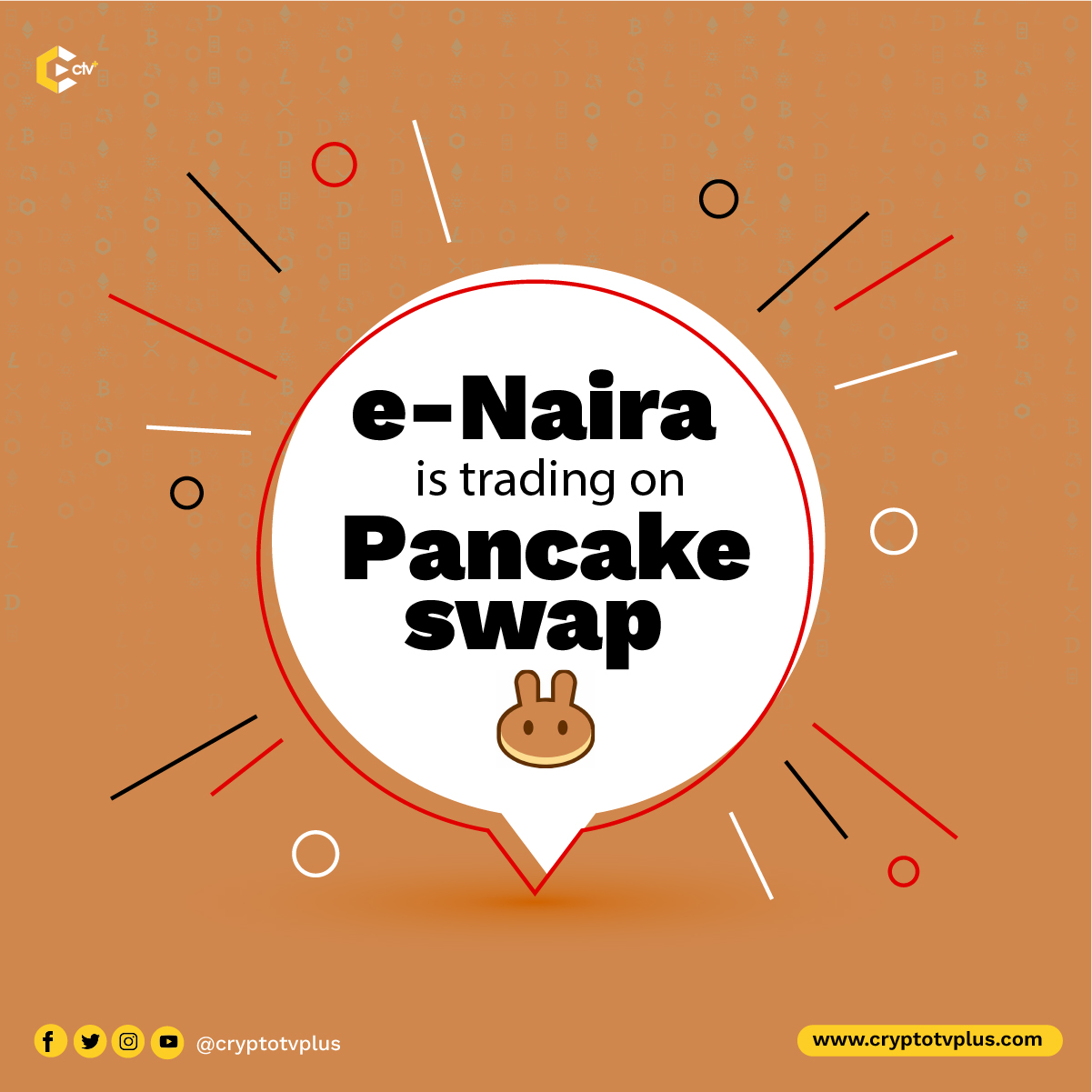 eNaira trading on pancakeswap? Is this the eNaira launched by the CBN?

In the world of blockchain and cryptocurrency, men and women have become inundated with the happenings that what people would call strange, crypto faithfuls sees as just another day in the many days in crypto.

In an interesting move, an anonymous developer has created a version of the eNaira on Binance Smart Chain (BSC), the Nigerian Central Bank Digital Currency which was launched on the 25th of October, 2021.

The Binance smart chain based eNaira was created less than a day ago and has recorded over 79 transfers and is currently held across over 26 addresses as at time of publication.

One wallet currently holds 99.99% of the total supply of the BSC eNaira.

The BSC eNaira is listed on Pancakeswap. One dollar is equal to over 1.4 million eNaira. 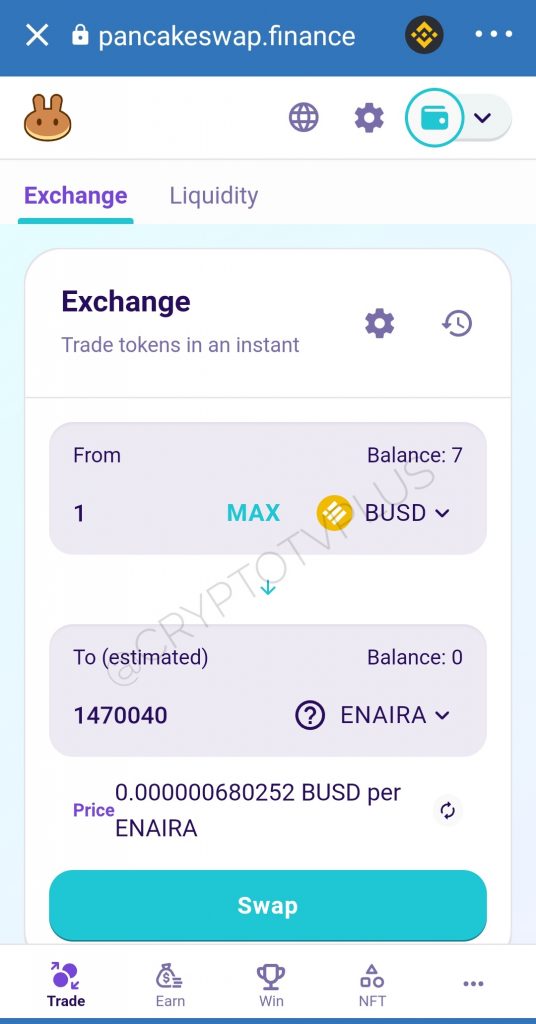