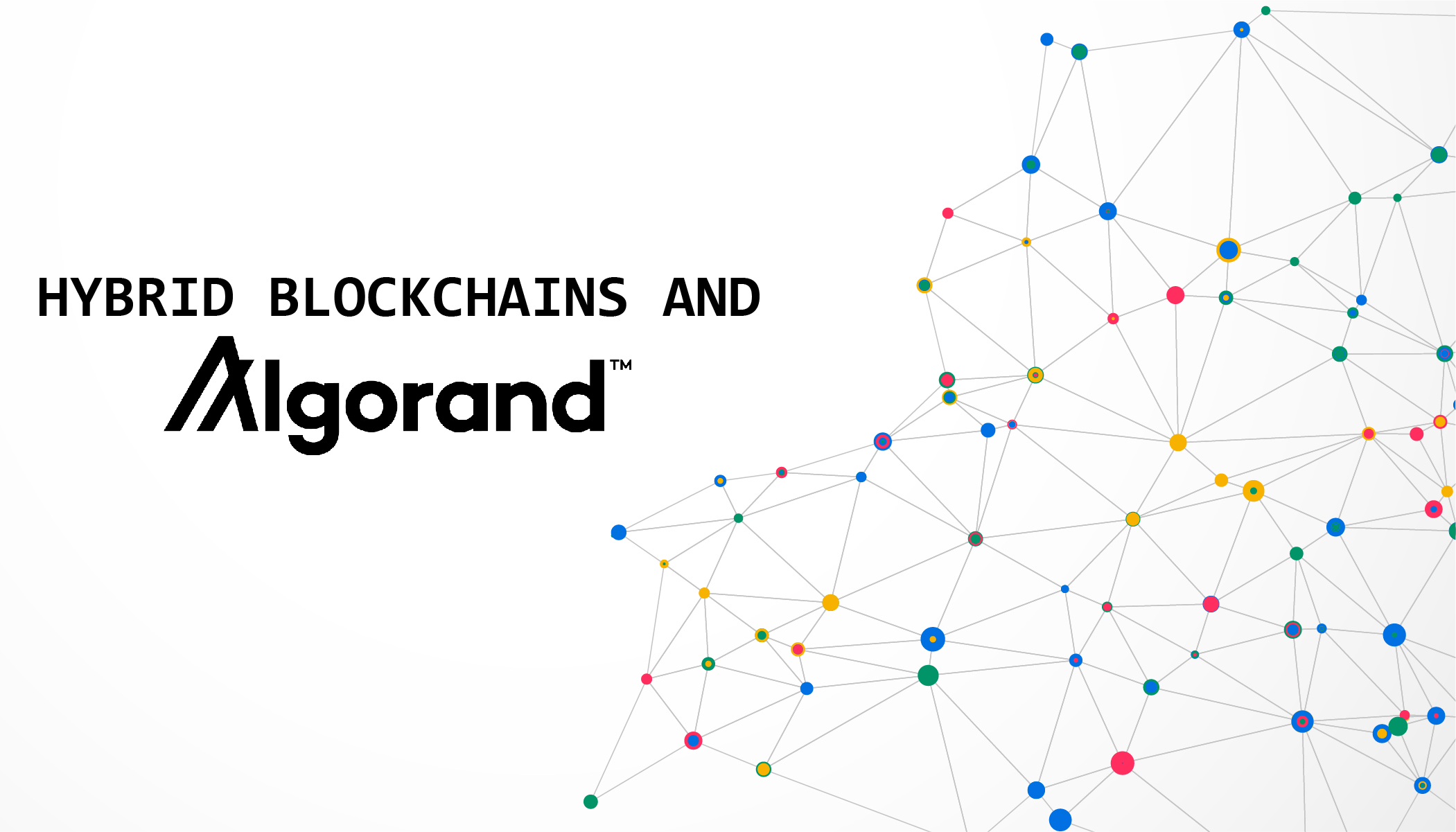 Blockchain systems keep evolving as new discoveries spring up in the community of digital technology. The community is not only finding dynamic ways to make the transactions swift and secure but also modifying previous technologies for supreme results.

If you’ve wondered what hybrid blockchain means for the blockchain system and how it relates to Algorand, then this is the content you should be reading. For newbies, we will quickly breakdown core concepts of blockhain systems before we talk about the good stuff.

Blockchain simply means a digital ledger, systematically distributed, that records all transactions executed among various players in a network.  Participants could be businesses or individuals and each are linked to the blockchain with an identical copy of the ledger. These participants are referred to as nodes.

Now, for us to grasp the idea behind hybrid blockchains, we must first understand what public and private blockchains are. Public blockchains, are permission-less by design. This means that it would allow virtually anyone to conduct transactions and join any consensus protocol being conducted, as long as this party is connected to the internet.

Public blockchains possesses zero restrictions, making it possible for interested users to download that software, bring in fresh blocks, verify information or run their own nodes on the blockchain.

If you have observed the volume of activity that takes place on public blockchains then you now know the reason. Its pemission-less design makes it a hotspot for tons of nodes which go on to form a distributed, large-scale network of node which verify other nodes and communicate. Each of these nodes in this network is independent.

Despites it’s unique benefits such as anonymity, immutability, openness and high security, public blockchain cannot guarantee users privacy. Also because it requires zero permission for anyone to participate, public blockchains commonly have very low efficiency in comparison to other blockchain types like private blockchain for example. Most corporate organizations and governments are known to opt for other types of blockchain due to the vulnerability of public blockchains to unethical activity, its high cost and instability.

Now what is hybrid blockchain and what is the connection to Algorand?

Why is the hybrid blockchain so remarkable?

What does Algorand technology do really?

The answer is simple. The Algorand technology eliminates technical barriers, that prevents transactions on its blockchains from being decentralized, scalable and secure. Its design makes its consensus mechanism trust-less and to guarantee efficiency, complete participation and protection its Pure Proof-of-Stake protocol is fully utilized.

Coordinated by winner of the Turing award, Silvio Micali together with his team of highly skilled mathematicians, engineers and cryptographers, what users have with the Algorand blockchain is a platform that is committed to churning out the best solutions for the future of economic exchange. Today, the most recent version of Algorand consists of multiple functionalities to accommodate the demands of many businesses.

Its most unique functionality is the layer-1 fundamental which enables atomic transfers, tokenization of asset, smart contract creation. This brilliant feature has facilitated the cooperation of decentralized exchanges and stablecoin who are currently making the most of Algorand’s remarkable blockchain system which helps them to manage resource-extensive applications and resources.