Some Frequently Used Crypto Terms and What They Mean
Advertisement

Have you ever been on a crypto forum and seen users chatting and in the midst of these chats you see some terms and phrases that and you have no single clue as to what they mean? and in bewilderment you move to ask for the meanings. But on the second thought you think no, “I don’t want to sound naive”, but ermm that doesn’t solve it, you would still love to know what they mean and stop feeling like an outcast. “what does HODL  mean?, “why do they keep saying to the moon?”, “and what the heck has a bear to do with the market?”.
So many questions and assumptions pop up in your mind as to what each particular phrase might mean, but nobody seems to care they just keep on with their phrases and whatever news it is they are discussing. If you are one of these people, well dear friend do not be afraid for you do not thread these path alone, it’s a common experience.
As a newbie I remember the first time I saw someone use HODL and I called him out for bad grammar only to be put under the receiving end of nightmarish joke. The lesson was well learnt as it afforded me to go only and search for popular cryptocurrency terms and slangs and it was quite informative and I got delivered from the shackles of ignorance
Over the years I have come up with some of the popular crypto jargon and slangs since a friend of mine asked me to tell me the meaning FOMO through a private message while arguing on a crypto discussion group.
And today I will be giving you a brief preview into some of strange these terms, what they mean and how they came to be used in the crypto space. 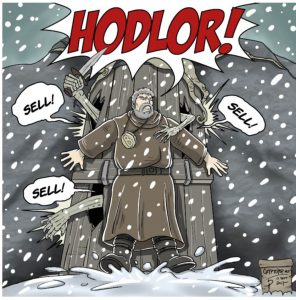 This is one of the most popular slang now used in the crypto sphere … HODL.
It retains the honor of one of the most searched crypto term on goggle among other crypto jargon;
HODL (a misspelt form of HOLD) actually means to hold ones (currency) tokens or coins when there is a strong urge to sell, in hope that the hodlers (that is someone that HODLS) might make more profit on the crypto assets by refusing to sell at the present price
According to popular opinion, the slang came about as a result of a misspelling of the word hold, by a user on a bitcoin thread in Japan, who spelt the word as Hodl instead of hold, when trying to inform people of intention to Hodl is coins
To the moon

This one is very popular mostly by the adopters of a new crypto project or ICOs especially in their groups, some sort of rally call, it’s very popular was firstly used to refer to altcoins.
Personally, this is the most irritating and arguably the most overused crypto jargon in my opinion especially when they use it for really shitcoins that end of selling for close to nothing, and projects that end up dying.
To the moon, means the point where it reaches a high surge in the price increase, they say it has mooned way higher than what it is presently
Lambo 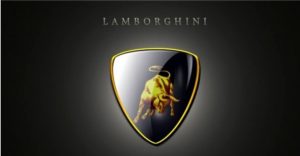 Well I’m biased in my opinion of this but this is the best crypto jargon
Because personally it resonates with the popular crypto dream of getting rich while  hodling, lambo to me is one of the most important parts of the crypto culture of getting successful and wealthy, the term Lambo has to do with the idea that if you Hodl your bitcoin and others crypto assets, it will moon and you will cash out and have enough money to afford to buy a Lamborghini according to some people they believe the choice of using the sport car brand has to do with the fact the logo of  the brand is also a bull, which is the next term we’ll discuss.
Bulls and bears

I once heard a colleague use this to refer to a new token whose price increased dramatically and before an hour was up it fell so low, beyond recognition. Pump and dump are when a group of investors decide to invest(pump) in a particular cryptocurrency, just so that its price rises and attracts other investors who also cause it to increase further and when they think the price is high enough, they sell everything (dump it).
ATH 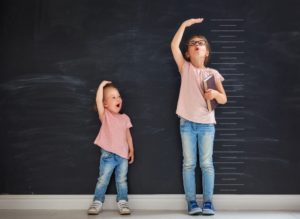 Simply means an All-Time High. A good example of this is 2017 when Bitcoin kept rising till it hit $25,000. ATH is the reason most hodlers hodl, they believe that in the nearest future the value of the currencies they are holding will shoot up once again, and this time stay that way. 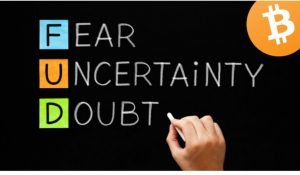 This is one of those strange-looking words, which most people (including me) when they first see it, they think it means some big thing or a technical term. FUD simply stands for fear uncertainty and Doubt. This word is used to refer to those who exhibit those qualities (fear, uncertainty, doubt) when it comes to making investments or buying a particular currency.
FOMO 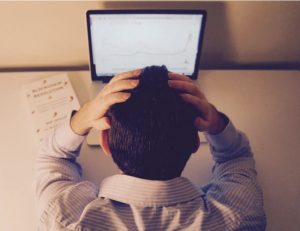 Is one of those words borrowed crypto slangs, it is a word that had already been in use before it was introduced to cryptocurrency,  Fomo in crypto space actually means the Fear of missing out, and on Wikipedia fomo means “A pervasive apprehension that others might be having rewarding experiences from which one is absent”. It is used to refer to the fear a person feels when he sees a lot of people investing in currency and that he or she hasn’t invested in, especially when that currency look potentially profitable. Fomo has caused many people to jump into making investments that they wouldn’t normally make and has cost them a lot.
Considering the use of a crypto dictionary
There are hundreds of new words, slangs and phrases sprouting up in crypto space every day, dues to the various activities and engagement of people, but where do we turn to for definitions? Is there a place we can find the meaning of these words? Yes, there are but seemingly very few. One of them is Cryptoground
They offer A to Z dictionary services for crypto terms, sites like these are very useful to crypto enthusiasts and very handy for beginners especially, but if you don’t still find what you need, the goggle button can still serve as a worthy alternative.

The Notoriety of Pump And Dump: Steps to Protecting Your Crypto Portfolio (Part 1)

Some of the Easiest Ways to Exchange Cryptos for Fiat