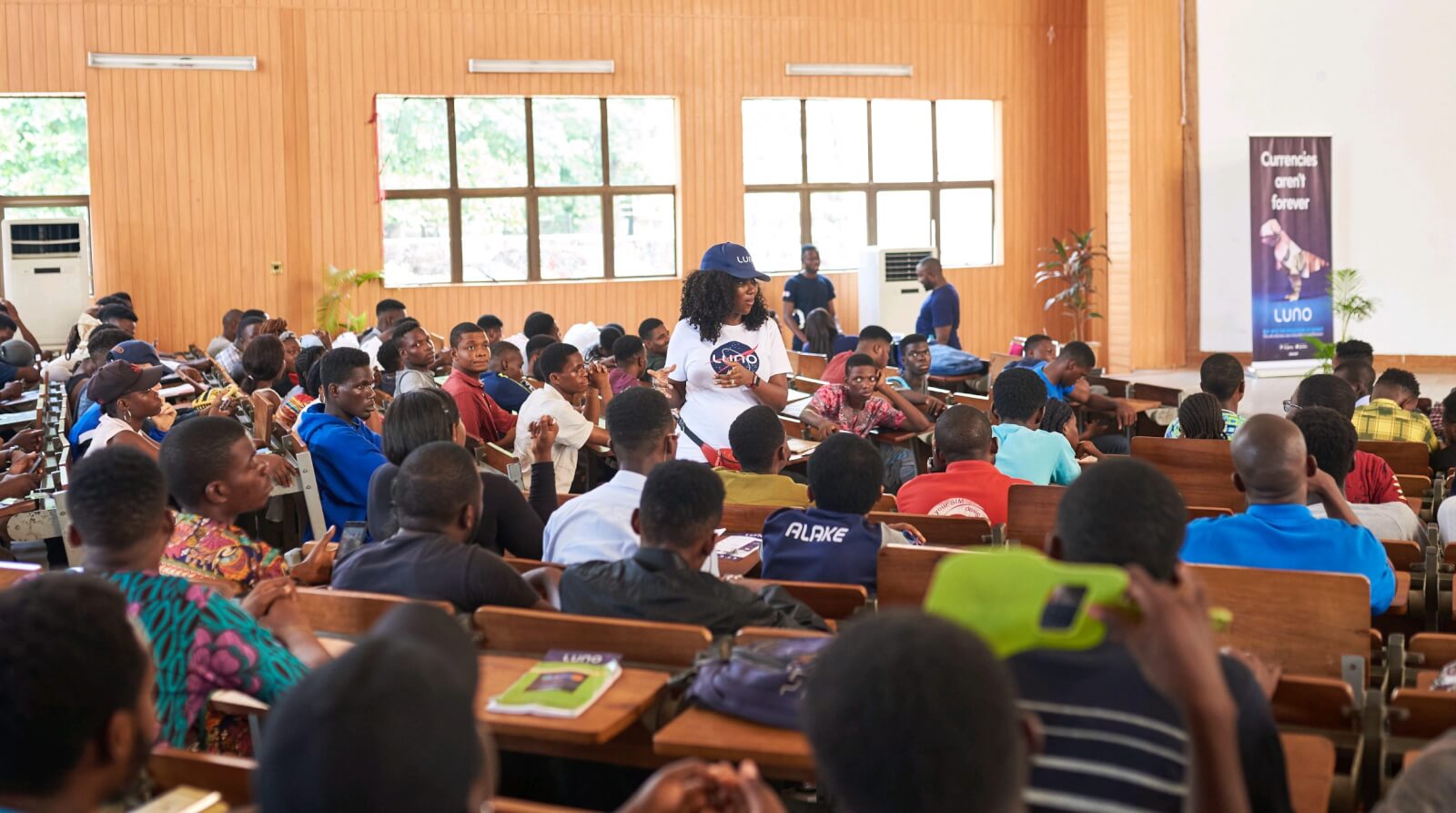 Luno has kicked off its cryptocurrency adoption program for Nigerian universities dubbed “Cryptocurrency Literacy Tour for Universities” launching out with the University of Lagos as the first of a series of tour where it will go about canvassing for the favourable adoption of cryptocurrency through knowledge in 6 Nigerian universities.
Luno, an exchange based off of South Africa was launched in 2013. It has since continued its growth trajectory by adding new users across 40 countries spanning more than 4 continents. It presently boasts of up to 3 million registered users across its platform with Nigeria as one of its biggest market.
Speaking on this development, Owenize Odia, the Country Manager for Luno said:

With its debut tour kicking off in Unilag and having 300 youths in attendance, Luno is clearly taking the charge to bringing about perceptual shift and a favorable disposition towards cryptocurrencies which it says has not been properly understood. Through its representative Odia, it argues that the current financial systems was built for a non-digital age, ignoring the needs of the modern individual. Citing on the decentralized nature of a peer to peer digital currency like the bitcoin, it is not dependent on any central government or authority as obtainable with fiat.
She continued by saying

We are contributing by investing heavily into our Luno Learning Portal, which helps the public, the media, and other stakeholders educate themselves about the facts, opportunities, and risks in the cryptocurrency market,

In her post on LinkedIn, Odia assured the participants and other stakeholders that Luno would continue to focus on awareness initiatives such as this in Nigeria and Africa at large, thereby providing a reliable platform where just about anyone can visit either buy or sell cryptocurrencies.