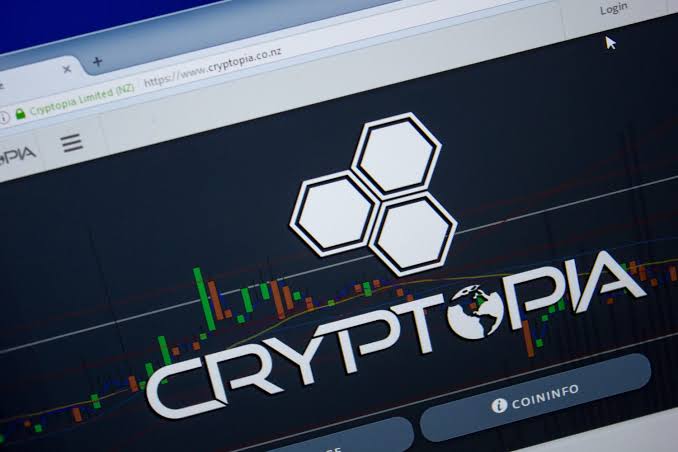 New Zealand based Cryptocurrency Exchange which was hacked in January 2019 Cryptopia capitulates, appoints Grant Thornton as Liquidator in its move to start settling affected platform users.
This decision was reached according to the liquidator’s press release that the management after efforts were made in an attempt to return the exchange to profitability which proved unsuccessful and as such it became the interest of all stakeholders to liquidate the Company.
Liquidator David Ruscoe was quote saying,

We realize Cryptopia customers will want to have this matter resolved as soon as possible. We will conduct a thorough investigation, working with several different stakeholders including management and shareholders, to find the solution that is in the best interests of customers and stakeholders,

According to the Liquidator, the process is expected to span into months due to the complexity of the situation.
However, they (Liquidators) are focused on securing the assets of all stakeholders for their benefits and as such during this period, exchange activities will be suspended.
They further went on to say they are working with relevant authorities and independent experts as it concerns the exchange’s legal obligations.
In spite of this, as the news reached CryptoTwitter, the news of the liquidation has met a combination of pity, sadness and vexation of users of the Exchange with one saying and comparing Cryptopia to Binance

Grant Thornton, cryptopia team, I thought you would be smart and use profits from the coming months to buy back and refund costumers, I’m still waiting also for my Ormeus swap tokens. In scary territory you guys are moving. Look how @cz_binance is handling theirs.

Another user felt he has been cheated and commented thus

So they give a partly possibility to withdraw funds, almost reopen exchange to show police that they are ok and them just start liquidation. I am far from NZ, but I will fight for my funds

Before its hack, Cryptopia was home to a large number of listed tokens and coins which attracted many Cryptocurrency Traders.
Despite the clamour for ultra-high security in exchanges and the call for users to hold their digital assets themselves on their private key held wallets, users still hold their assets on exchanges which are a prime target for hackers.
Recently on the 7th of May, Binance was hacked and it suffered a substantial loss of about 7000 BTC worth about $40m as at that date. Though it was a dent on the whole industry, the exchange reported it will indemnify all loss via its SAFU Fund.
The comparison of Cryptopia to Binance speaks volume of the nature of the industry. It’s better to exchange assets on an exchange that has insurance than those which doesn’t.
It’s also better to be outrightly transparent as Cryptopia was in liquidating the firm and settling stakeholders.
However, the question that must be answered is, will the small guy in a remote village of a third world country with assets on the exchange valued at about $50 or less receive indemnification? If yes, to what extent?
To answer this, let’s wait months to see or worse, years as is the case with Mt. Gox.