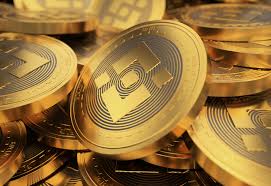 Binance Labs which is the investment arm of a major cryptocurrency exchange, Binance, it has granted $45,000 to three different blockchain development projects which it described as the “First Fellowship Round Supporting Open-Source Blockchain Development.” Each of these Open-Source Blockchain Development was gifted with $15000. The news about this development was made known in Binance blog post on Friday, the 12th of April.
Binance Lab is “an infrastructure impact fund and an initiative launched by Binance to incubate, invest in, and empower blockchain and cryptocurrency entrepreneurs, projects, and communities.” It’s mission is to “solve the problems that matter most to the ecosystem and change the world for the better.” It is an” initiative to fund and support open-source development projects that contribute and have infrastructure value to the global blockchain ecosystem.”
Binance Labs Funds for Blockchain project
The three open-source blockchain projects are: Ironbelly, HOPR and Kitsune Wallet. The first which Ironbelly is a first of its kind, a mobile wallet for Grin/Mimblewimble blockchain whose goal is to provide an easy and simple way to hold and transfer Grins between people. It is open-source and free to use and is currently in beta testing for iOS.
The second project, HOPR, is a privacy-preserving messaging protocol that incentivizes users to participate in the network and it provides privacy by relaying messages via several relay nodes to the recipient.
The third project, Kitsune Wallet is a smart contract based account that will hold your crypto assets in a single contract while being able to change appearance depending on your need. It is the new name of Universally Upgradable Identity Proxy, which was initiated during EthParis 2019.
Support for Developers
With regard to this development, Flora Sun, Director at Binance Labs said, “We have seen firsthand how innovation depends on an engaged community of developers and entrepreneurs who imagine ideas and create new projects to bring products to market. The more talent an industry attracts to the space, the higher chance that it will be successful and Binance Labs hopes to further enable the overwhelming talent and builders of our industry. Thus, our part is to support early-stage projects that are helping to create the building blocks and infrastructure for larger utility and enabling growth in the blockchain market.”
The Binance Labs Fellowship would support developers and researchers in creating free and open-source projects which would enable new innovations and businesses in the cryptocurrency economy, as said Teck Chia, Partner at Binance Labs had hinted. She made it known that through the Fellowship, Binance wants to support early-stage projects by passionate developers who want to create the key building blocks for the entire blockchain industry. In her words, “on behalf of the Binance community, we would like to thank these projects for their contribution to the blockchain ecosystem.”
It could be summarised that,  “Binance Labs aim is to actualise the full potential of blockchain technology by supporting: (1) early-stage blockchain projects through the Incubation Program; (2) top entrepreneurs through strategic direct investments; and (3) open-source developers through the Fellowship.”