Commonly Used Crypto And Blockchain Terminologies You Should Know
Advertisement 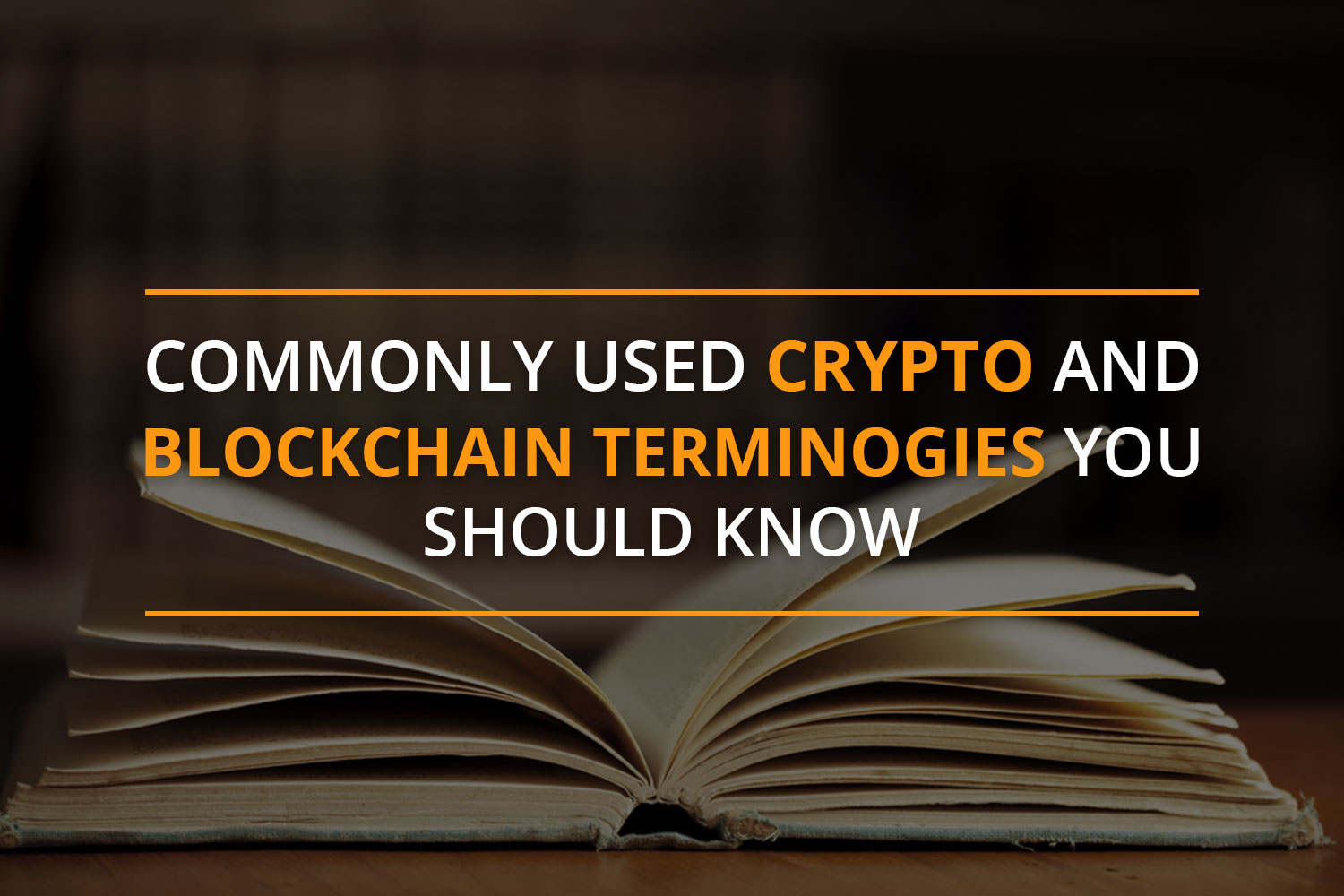 The Blockchain and cryptocurrency ecosystem frequently use terminologies like “decentralization”, “cryptography”, “keys” and “wallet address”. However, to those that are not familiar, these blockchain terminologies can be a bit confusing even for early adopters, the Blockchain technology is an ever-evolving technology which produces terms that can be quite difficult to grasp.
While some terms are newly developed slangs, others are technical blockchain terminologies that have been in existence for a long time. This ever-growing list is a starter pack that offers a simplified explanation of some of the frequently used terms in the Blockchain sphere.

Cryptography is heavily based on mathematical theory and computer science practice that ensures information is transmitted in secrecy. That is, the process of encrypting and decrypting information so that only the only the audience that the information is intended for can access it. In a nutshell, it is the practice and study of techniques for secure communication.

Blocks are files where data pertaining to the Bitcoin network is permanently recorded. By way of analogy, you can compare block as the individual pages of your book. A block represents the ‘present’ and contains information about its past and future. Each time a block is completed it becomes part of the past and gives way to a new block in the Blockchain.

This is a type of distributed ledger, when blocks are created, they are structured into a sequence over a period of time. Each time the computer solves a mathematical puzzle, that block is added to the previous one, and the process continues. The addition of these individual blocks forms a chain of blocks called Blockchain.

This can be thought of as a corporation run without human involvement under the control of an incorruptible set of business rules.

A layman interpretation of gas would be a substance in a form like the air that is neither solid nor liquid. However in the crypto space, gas is a measurement roughly equivalent to computational steps (for Ethereum). Every transaction is required to include a gas limit and a fee that it is willing to pay per gas; miners have the choice to including the transaction and collecting the fee or not. Furthermore, every operation has a gas expenditure; for most operations, it is 3-10, although some expensive operations have expenditure up to 700 and a transaction itself have an expenditure of 21000.

Mining is the process of several computers competing to solve a mathematical puzzle found inside a block. This process verifies the transaction, add it to the Blockchain and triggers the release of cryptocurrency as the output. Also, the people that verify the transactions are called Miners.

A cryptocurrency is a form of digital currency that uses cryptography, where encryption techniques are used to regulate the generation of units of currency and verify the transfer of funds. Unlike fiat currency, cryptocurrencies operate independently of a central bank. Examples of cryptocurrencies are Bitcoin, Ethereum, Dash, Tron, Kurecoin, Litecoin, etc.

A private key is a string of data that shows you have access to bitcoin in a specific wallet. Private keys can be thought of as your password or ATM pin and should not be revealed to anyone as they allow you to spend the cryptocurrency from your wallet.

A wallet is a digital storage location – a file that contains a collection of private keys for your cryptocurrency – same as your physical wallet but in this case for digital currencies. Typically, it is like the “bank account” for your digital assets. There are different types of wallets, including software and hardware wallets.

This is the speed at which a mining computer used to verify and validate transaction on a Blockchain can go. Computers with higher hash rates would be able to verify transactions faster than those with a low hash rate.

A node is any computer that connects to the Blockchain network/database. Nodes are instrumental in making cryptocurrencies decentralized with every node keeping a version of the entire Blockchain.

Proof of work is a system that ties mining capacity to computational power. Blocks must be hashed, which is in itself an easy computational process but an additional variable is added to the hashing process to make it more difficult. Upon the successful hashing of the block, some time and computational effort must have been taken. Hence, a hashed block is considered proof of work.

Testnet- Testing network is an alternative bitcoin blockchain where developers can test their system. The cryptocurrencies used in testnet do not have any real world value as the application allows developers to experiment without having to worry about breaking the main bitcoin blockchain.
There are other blockchain terminologies that can not all be presented in this article, you can also refer to cryptocurrency terms every crypto-newbie should know.

Find this Article helpful? Do share your thoughts, contributions or suggestions with us in the comment section.