The Blockchain Technology Can End Codeine Abuse in Nigeria

The importance of the blockchain to supply chain management in pharmaceutical companies can be addressed in the Nigerian codeine crisis. A BBC documentary revealed the extent to which drug abuse is currently on a rampage in Nigeria. The situation got so critical that the National Agency for Food and Drug Administration and Control, NAFDAC placed a ban on a major pharmaceutical firm fingered in the whole crisis. The investigative documentary titled Sweet Sweet Codeine revealed how some staff from three major pharmaceutical firms sold codeine-based cough syrup to this addicts. In a decentralized system where the production of codeine-based cough syrup can be monitored from factory to patient, a situation like this can be prevented.
The blockchain technology is currently being adopted in different sectors and the health sector is not to be left out. Countries such as Ethiopia have adopted the blockchain technology to its coffee supply chain ensuring that exported coffee is of top quality and that farmers get paid the right value for their products. A company like IBM have created innovations that can make data sharing between healthcare providers better and allow various stakeholders in the healthcare track data. Also, the supply chain will be more secure and effective and transactions will be recorded on the blockchain which is immutable. 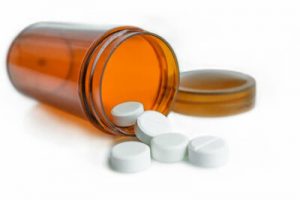 The codeine abuse in Nigeria can be solved using the blockchain technology. The blockchain technology can ensure the following in the Nigerian healthcare and pharmaceutical sectors;
Supply Chain Management: The blockchain technology enables secure and transparent transactions. This means that if from production, a particular number of drugs have been recorded on the blockchain the number supplied and their suppliers should also tally. So, when the chain is broken, the menace of the stolen drugs to facilitate drug abuse can also be stopped.
Secure Data: Distribution makes the system more secure, this is because there isn’t a single place of attack or failure. Transactions are documented in a permanent decentralized record which does not only reduce the time spent and added costs but also cuts down human errors.
Drug Traceability: Issues such as counterfeit drugs, stolen drugs can be tackled with the blockchain as the transaction between drug manufacturers, wholesalers, pharmacists, and patients can be tracked, verify and secured to know the important details of the drug product.
The blockchain technology can also be used to create smart contracts where patient’s data can be accessed and patient’s information can be accessed by permission from stakeholders. The blockchain technology can do a lot for the current codeine crisis Nigeria is facing and it will make a lot of sense to integrate this technology into the pharmaceutical sector. What the citizen want is transparent transactions, laying a ban on a company might not necessarily end the drug crisis but transparent transaction, supply chain management, and drug traceability can end the crisis.

What do you think about the application of the blockchain to supply chain management in pharmaceutical companies in Nigeria? Share your opinion with us in the comments section below.

Related Topics:codeineIBMsupply chain management
Up Next

Is Nigeria Preparing for A Blockchain Based Election?