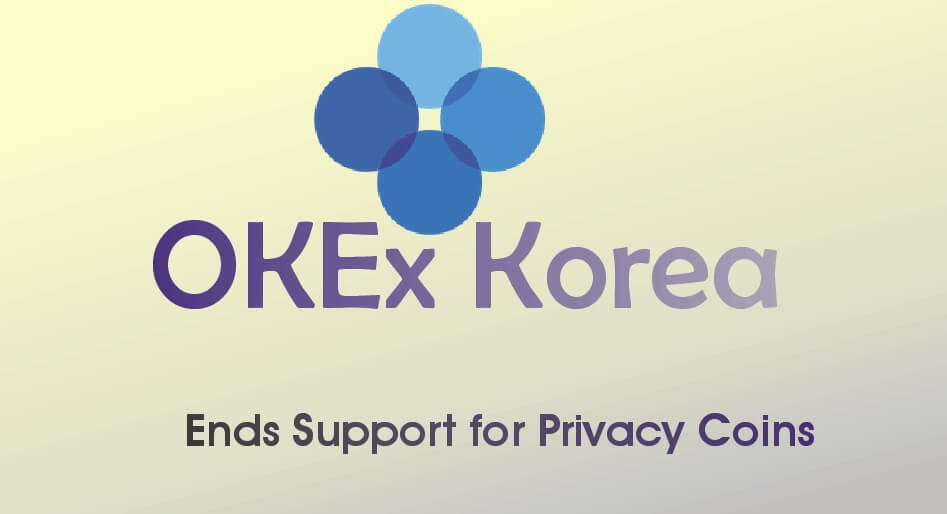 The Korean platform of the OKEx cryptocurrency exchange has announced plan to end support for certain digital assets from its platform. Privacy coins such as XMR, DASH, ZCASH, ZEN SBTC has been marked to be removed from the Korean exchange.

Citing catalyst for the removal of the privacy coins, OKEx Korea said it is in compliance with the “travel rule” which recommends that exchanges be able to collect relevant information such as the name and address of the sender and recipient of the virtual assets.

Since privacy coins do not allow collection of “relevant information”, it has decided to delist the assets.

OKEx Korea in a blog post gave details culminating to the decision to delist the assets. It provided that “In October 2018, the first General Assembly, the International Anti-Money Laundering Organization ( “FATF”) agreed to apply the criteria for Virtual Asset Service Providers. In February 2019, when the 2nd General Assembly was held, the statement in the footnote, except for the transfer of virtual assets, was finalized and announced in a statement.”

As the assets are delisted, the following trading pairs will also be removed:

As OKEx korea has decided to tow this path, other global exchanges could decide to be compliant to this rule. A move which could either create new ingenious markets for privacy coins or drastically reduce the available platforms to trade the privacy focused digital assets.

Spread the news
Related Topics:DashKoreaOKExSBTCXMRzcashZEN
Up Next

The blockchain technology and cryptocurrency exchange firm said it worked closely with the world’s leading insurance broker and risk adviser, Marsh, in placing the coverage with Arch Syndicate 2012, an organization which provides casualty and specialty insurance for corporations and supported by various syndicates at Lloyd’s of London.

The approval for insurance coverage according to Bittrex comes after successfully demonstrating its extensive internal security and compliance protocols.

The coverage is up to $300 million in assets in cases of external theft and internal collusion.

The underwriters were not disappointed upon learning of the ‘best-in-class‘ technology Bittrex has. And the fact that ‘a growing number of cryptocurrency exchanges around the world are also built on the Bittrex’ technology owing to the confidence in the platform, Bittrex claims.

Speaking on the insurance coverage, the CEO of Bittrex, Bill Shihara, was quoted saying “Bittrex focuses on doing the right thing by our customers with security at the top of our mind. This insurance coverage provides another layer of peace of mind,”.

He continued further saying “From our institutional customers to hobbyists, we are committed to prioritizing security throughout all of our decisions and forward looking blockchain technologies”

Co-leader of the global leader in insurance and risk management firm, Marsh’s Marsh’s Digital Asset Risk Transfer (DART) team also commented saying “Insurance plays a critical role in the growth and development of any business, including those that work with blockchain technology and digital assets,”

“We worked closely with Bittrex to create a tailored insurance solution to fit their specific cryptocurrency needs. 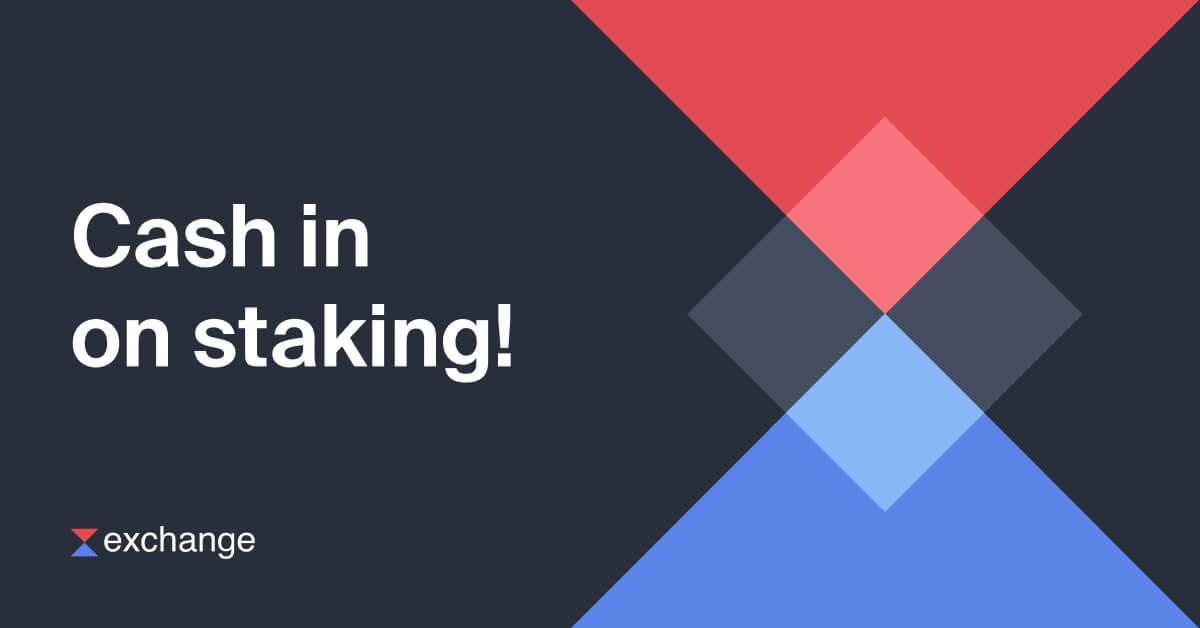 The exchange rewards users with profits made based on the proportion of tokens staked on the platform.

According to Waves.Exchange, many crypto exchanges currently offering staking services but argued that only decentralized staking can guarantee users’ security and true control over their crypto assets. 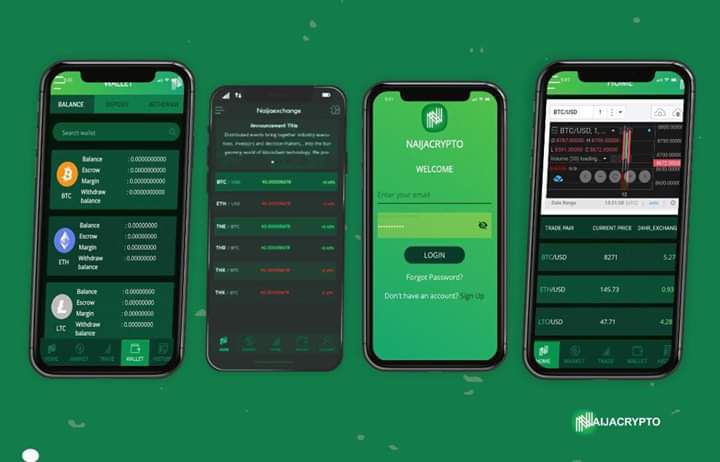 Naijacrypto is one of the several Nigerian owned cryptocurrency exchanges offering locals the ability to easily buy and sell cryptocurrency.

Founded in March, 2019 and has grown offering unique services to users, as well as providing access to an OTC market for a wide selection of digital assets.

In a video, Chiagozie Iwu of Naijacrypto also mentioned certain changes already carried out in the exchange platform and several more to come.

According to the video update, changes such as in KYC has seen improvement and is more user-friendly.

Users are not mandated to submit identifying documents until the point of withdrawal. In security of the platform has also seen some improvement as users can now choose between available authentication methods.

According to Mr.Chiagozie Iwu, “This is to give you more security features or based on your preferences basically”

Naijacrypto also talked about the creation of a page that will allow users to quickly buy bitcoin with few clicks thus simplify the whole process of getting bitcoin.

The update also the intention of the crypto exchange to launch the Naijacrypto Academy.

The Naijcrypto academy will serve as a platform for educating new users in crypto generally. According to the CEO, Chiagozie Iwu, more details will be coming out soon.

And in the coming days, New cryptocurrencies will be added to the platform and one of such being Bitcoin Cash.

The announcement came at me World Economic Forum #WEF at Davos on Tuesday, 21st January, 2020. The platform named Huobi Brokerage is currently available in major jurisdictions where the exchange is currently present with exception to the People’s Republic of China.

The new service from Huobi is a part of Huobi’s Global Institution Business (GIB), an arm of Huobi with special interest to control its institutional-oriented businesses. It was established in November, 2019.

Huobi in a statement stating the function of the GIB said “The initiative, named Global Institutional Business (GIB), will see the creation of a team to offer and support services including contracts, exclusive benefits for VIP traders, and a dedicated fiat desks for institutional clients, as well as additional plans for custody services.”

According to Huobi, the firm since the third quarter of 2019 has seen an increase of up-to 400% growth in institutional clients with about 1,700 investors onboarded already.

With offices across a couple of continents, the Huobi GIB aims to be at a top priority for Huobi as it continues to grow globally.

According to Huobi Group vice president Ciara Sun, “2019 brought the first wave of institutional interest but 2020 is when we expect to see the industry mature with growing demand. As we enter the next phase of crypto, Huobi staking an active role in setting new standards for institutional and retail clients alike,”

The race for institutional clients continues to grow increasingly stronger as the industry grows in maturity. Coinbase is also expanding its custody business across the world.

However, as Huobi plans to initiate its custody business in the coming months, it hopes to through its venture aims to set new standards for institutional clients in the industry.