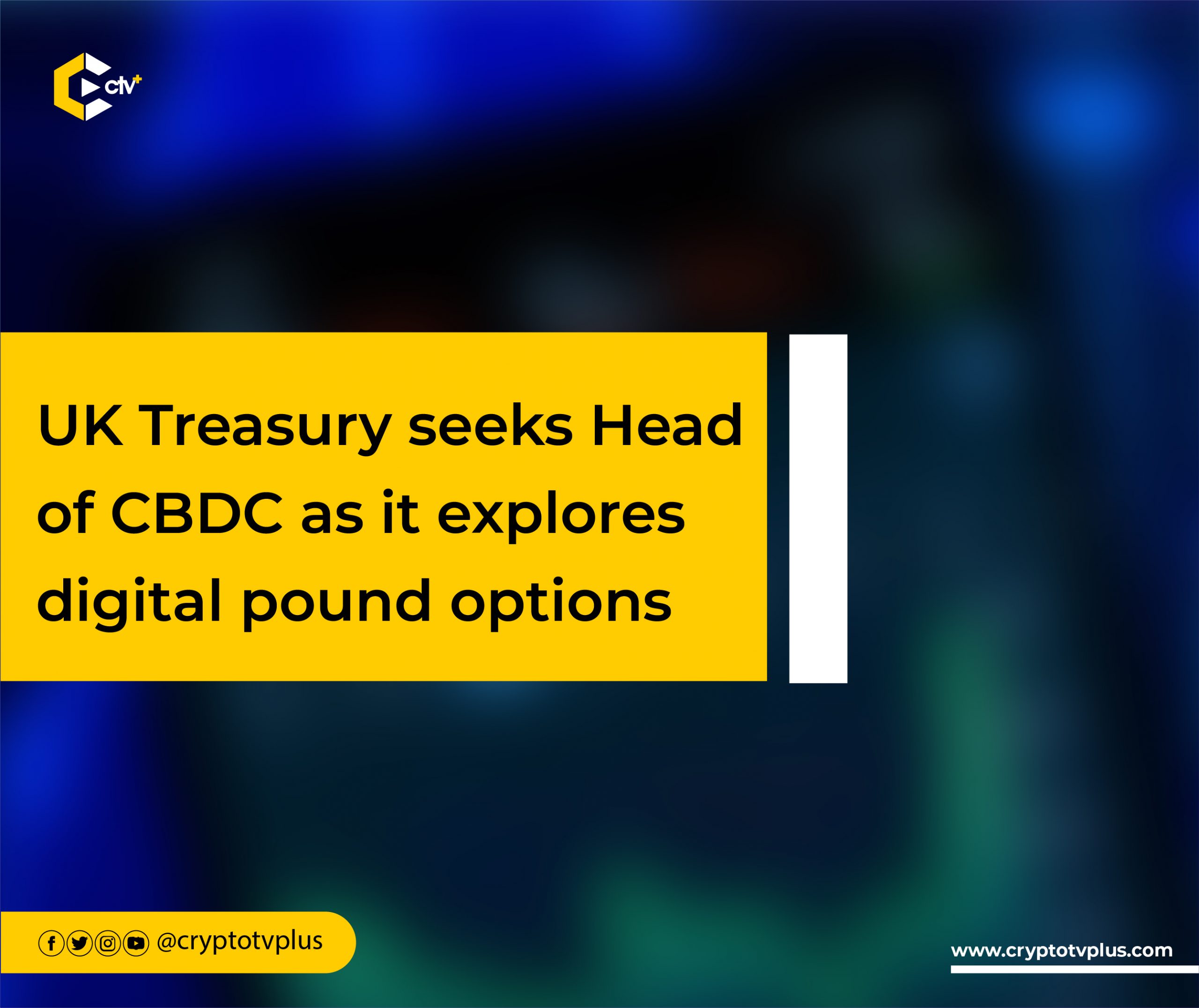 Specifically, the job posting details reads that “the successful candidate will be responsible for leadership of HM Treasury’s work on a potential digital pound – a U.K. central bank digital currency (CBDC).”

Consultation on the digital pound is soon to be issued by the government. However, the CBDC Chief will occupy the position of leading the Treasury, working with the Bank of England on digital currency. The Head of Central Bank Digital Currency role will be tagged under the Payments and Fintech Team which is separate from the existing crypto-assets and digital currencies offices.

A recent survey by the Official Monetary and Financial Institutions Forum (OMFIF) shows that two-thirds of central banks are of the opinion that they would consider exploring CBDCs within 10 years. This stat confirms that countries around the world are considering the same course as the U.K.

CBDCs are at the forefront of national debates in many countries, particularly among financial regulators, and are rapidly being considered by some countries. Countries like Bahamas, Nigeria, Eastern Caribbean, and Jamaica already issued  CBDCs while some others are on desk pushing for a digital version of their currencies.

Will the adoption of CBDCs by countries impact crypto regulation?

Related Topics:CBDCUKUK Treasury
Up Next