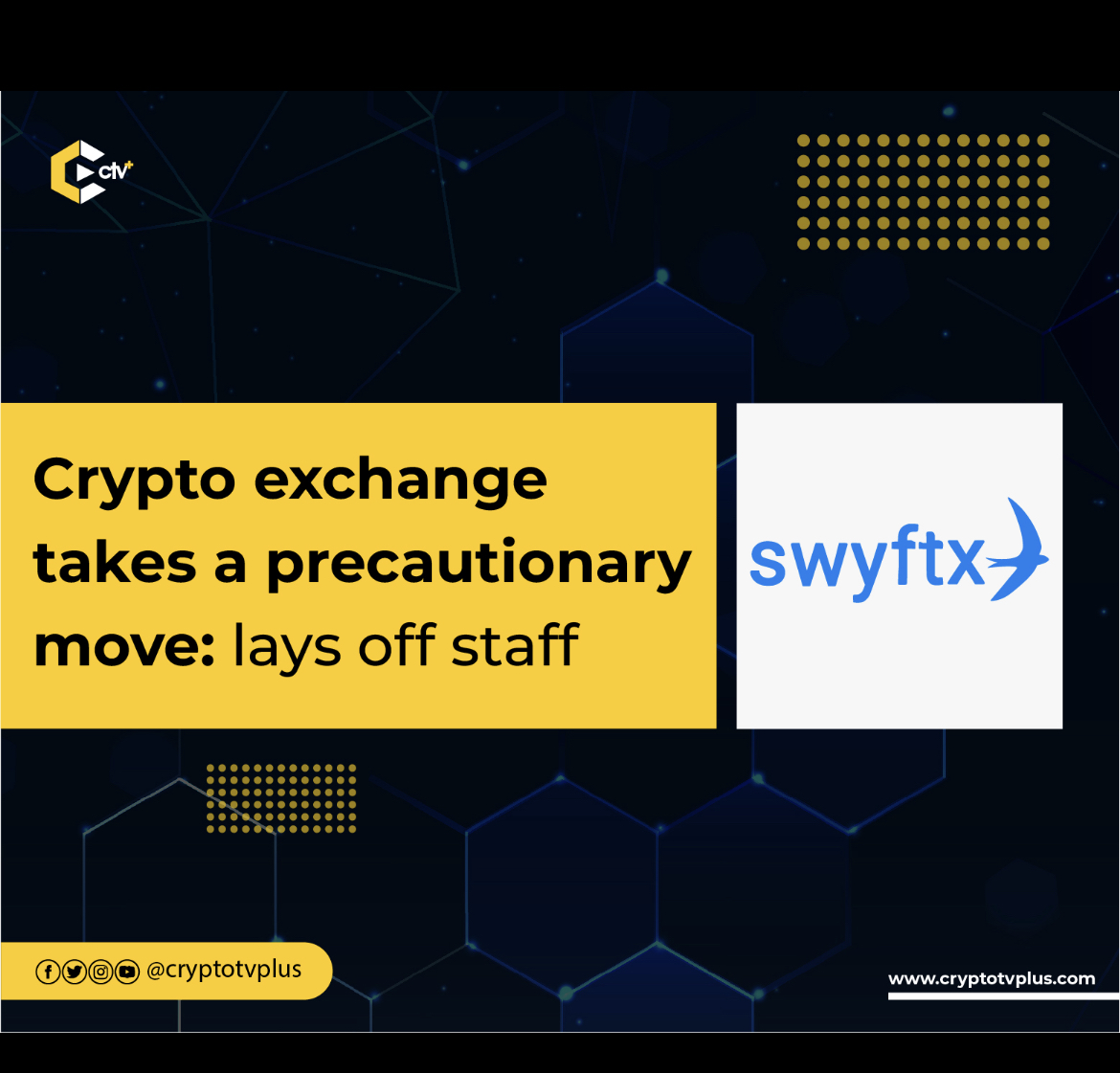 As one of the devastating effects of the prolonged bearish crypto markets, the crypto space has seen a mass reduction in its number of employees as crypto firms have been forced to reduce their staff size to remain functional. One of these companies is the Australian-based crypto exchange, Swyftx.

In the early hours of today, the CEO and co-founder of Swyftx, Alex Harper, announced the layoff of ninety employees. This announcement was made to all staff members shortly after he addressed them at a townhall.

Unlike other crypto exchanges and startups who have laid off staff due to their exposure to FTX, Alex categorically stated that “Swyftx has no direct exposure to FTX.” However, he revealed that the reason for this decision is a result of the fallout the collapse FTX has had on the crypto market, which they are not immune to. He further added that this decision is a preparatory step to deal with “a worst-case scenario of further significant drops in global trade volumes during H1 next year and the potential for more black swan-type events.”

In his announcement, Alex explained that although Swyftx had been well-positioned to deal with events like FTX, the fact that the exchange does not exist in isolation from the market has necessitated this precautionary move.

Speaking on this precautionary move, Alex also stated that team members might find it difficult to believe the reason for the layoff, considering the increase in trading volume in November and this week’s unqualified financial audit. He further stated that the company’s priority is to emerge from the current market in a position of strength and ensure financial strength. This can only be done by managing operating costs which includes the reduction of salaries paid.

Collaborating on this claim, Swyftx’s spokesperson revealed that the 40% staff downsize was done in anticipation of a decline in trading volume despite realizing an increase in November. They also added that the company’s balance sheet remains intact. He again reiterated that Swyftx has no exposure to FTX, and all customers’ funds are still held in a 1:1, adding that the exchange does not loan its customers’ funds to third parties.

Reassuring users, Alex stated that Swyftx remains Australia’s top-rated exchange and one of its largest, with more than 630K customers. He also stated that despite the reduction of operating costs, Swyftx would retain one of the two largest cryptocurrency teams in the ANZ region. Explaining the reason for this, he stated that it is a position that will allow the company to continue to provide the industry’s highest standards of compliance, security, and customer experience in 2023 and beyond.