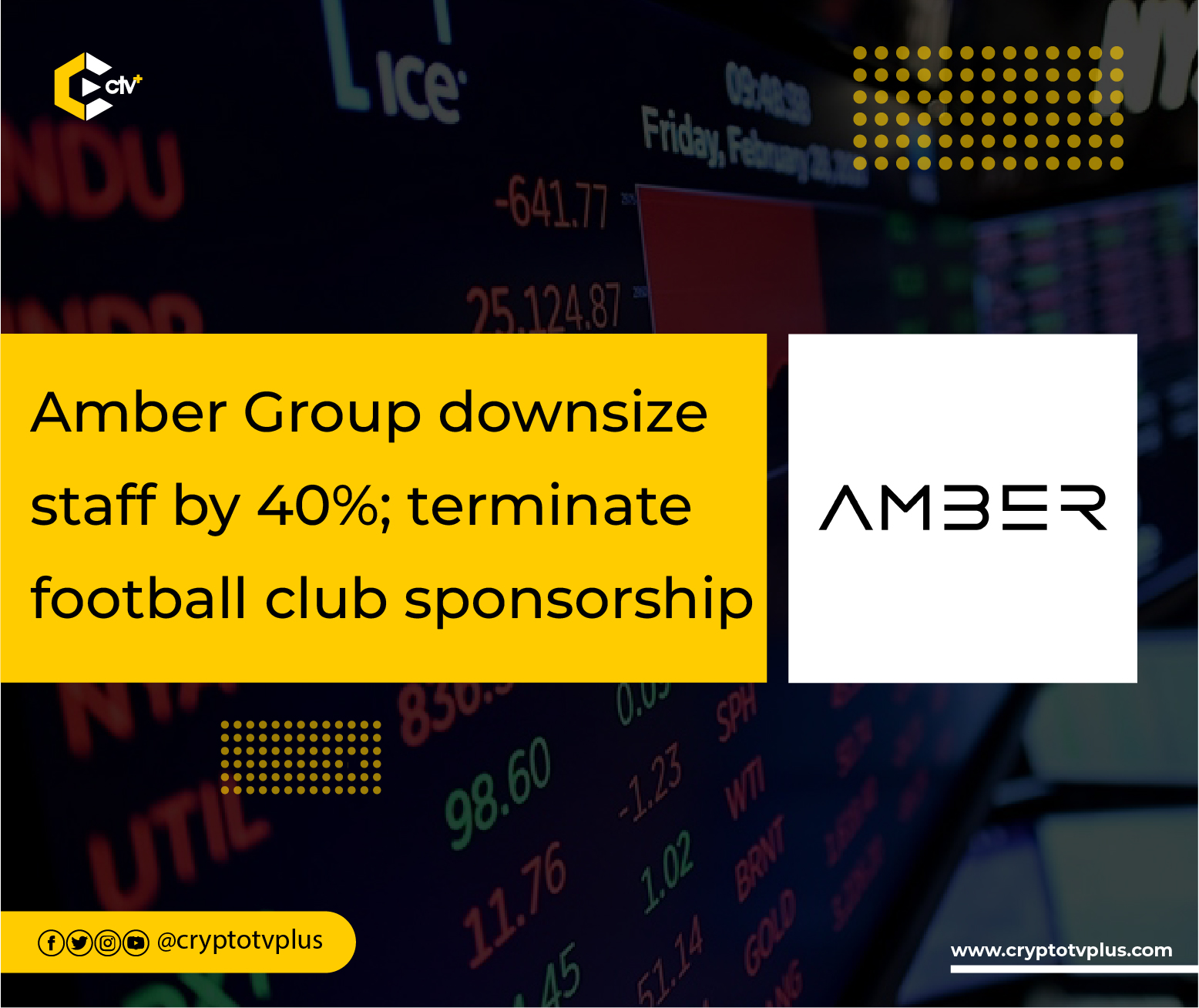 Singapore-based crypto trading and lending firm Amber Group is cutting its staff size by 40%. According to a Bloomberg report, the crypto firm has begun scrapping retail operations, including terminating its sponsorship deal with Chelsea.

As the global economic crunch continues to bite harder, the decisions are part of a major cost-cutting strategy, confirmed a person familiar with the matter. As a result, Amber Group will cut its workforce by half, from about 700 to 400. The crypto firm used to have over 1000 employees.

A bearish market outlook in recent months coupled with FTX and Alameda Research’s implosion in November also appears to have played a role in the firm’s decisions. Accordingly, Amber Group will now focus on large institutions, family offices, and wealthy individuals due to its exit from retail sectors, which will impact its customer base.

Furthermore, the firm is considering relocating to an inexpensive office space in Hong Kong. However, smaller office spaces in other regions will likely be shut down, and the rest of its employees will be allowed to work from home.

While Amber Group and football club Chelsea signed a sponsorship agreement in May (which included the display of Amber’s WhaleFin trading platform on the sleeves of the team’s jersey during the 2022-2023 campaign), Amber will be terminating its deal with the club through a legal process. The deal was reportedly worth £20 million ($25 million) a year.

Although there were speculations concerning the firm’s collapse earlier this year following a series of implosions in the ecosystem, a top executive debunked them while confirming that the firm is conducting “business as usual.” In November, one of Amber’s co-founders, Tiantian Kullander, unexpectedly passed away at age 30.

Court orders payment of $44m in crypto to Celsius customers