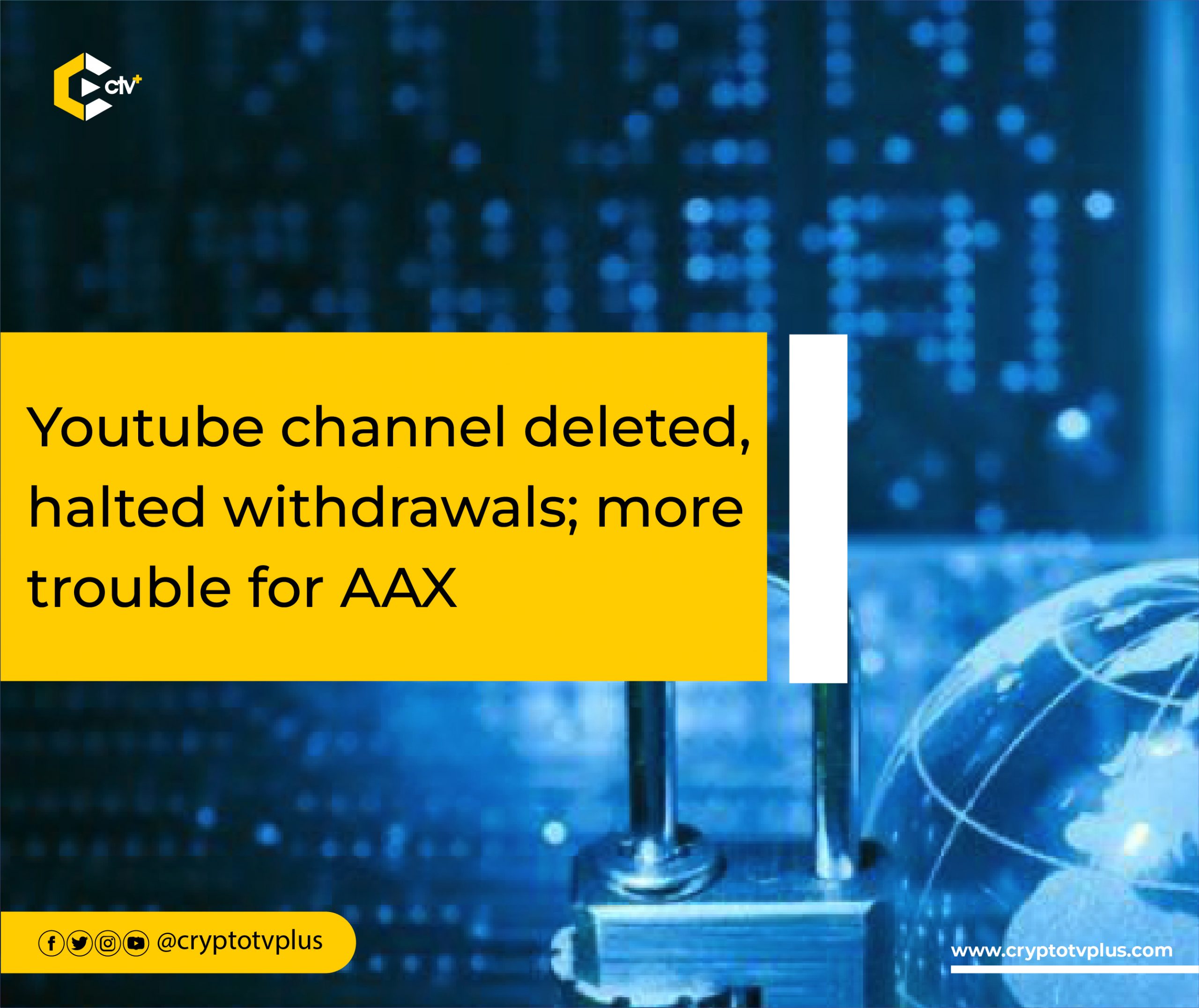 AAX, the exchange that froze its withdrawal option and gave little to no information for the past 15 days leaving its users confused and hurt, has again stuck a knife in its consumers’ wounds by abruptly deleting its YouTube channel and videos.

The crash of FTX has had a massive spillover effect on the cryptocurrency industry. Unfortunately, the collapse of the centralized exchange caused a lot of other cryptocurrency exchanges to become entangled in the web of insolvency. One of those affected by this condition is AAX.

According to rumours, the exchange earlier today deleted its YouTube channel. All of the tutorial and explanatory videos it uploaded since it first started were completely removed. Users are concerned about the firm’s silence on this new development because they thought it might be experiencing a more serious internal crisis than it let on. Many crypto natives have warned the exchange users to refrain from adding more assets to the platform. They asserted that by eliminating their channel, the exchange is likely preparing to disappear with users’ funds.

Today marks the fifteenth day since the exchange stopped accepting deposits, making withdrawals, and conducting regular trading. Before that, the exchange had previously explained that it was taking preventative measures to avoid experiencing issues related to the FTX collapse in the future.

However, the halt prompted numerous withdrawal requests from users who were concerned about the platform’s future. The exchange maintained its firm stance, explaining that the procedure would not be relaxed in order to guarantee the security of the platform and the funds of customers.

Furthermore, AAX assured its users  that upgrading would be quick and easy. It also said that if the procedure took longer than ten days, a partial withdrawal outlet would be set up so users could get their money back. It has been 15 days, and users are still in kept in the dark about the security of their money. And to make matters worse, the exchange deactivated its YouTube channel.