Why CBN should issue eNaira on the BSV Blockchain - CEO, Centbee
Advertisement 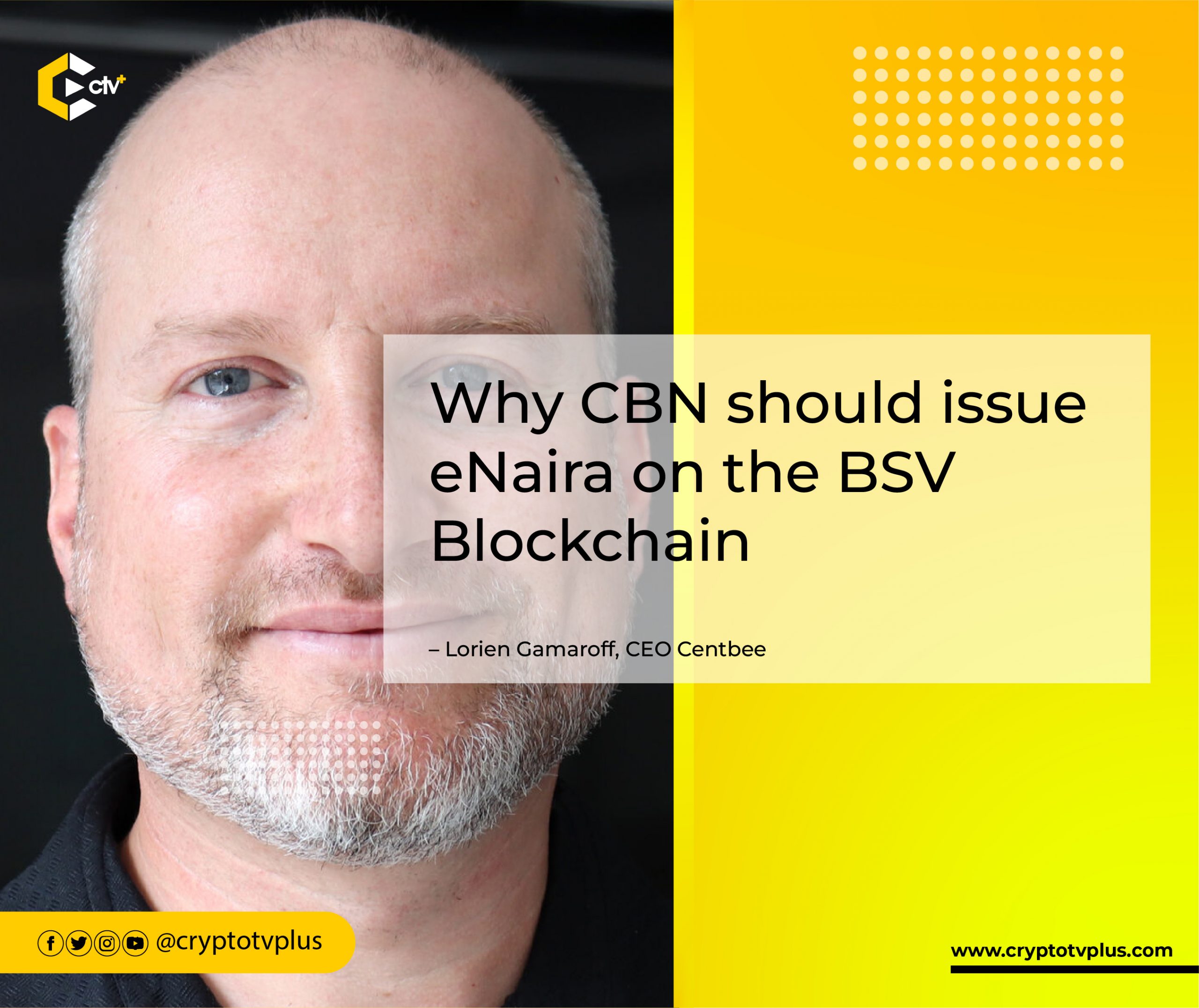 Defining the eNaira Jeffrey Williams Edem, a Fintech expert, expressed that the eNaira is like a proper currency that will be accepted by the government, by any bank, and any institution for trade and transactions.

However, aside issuing the eNaira on the BSV Blockchain like Gamaroff recommended, it needs to have an adoption strategy. Jeffrey said to improve the adoption of the eNaira, it needs to be applied in the right perspective or the right context. “Everybody is trying to look at the bank for adoption but the government has a lot of transaction at grassroot level with the people.”

If the government should integrate the use of the eNaira in settling local transactions like the local government levies, local services, and train stations, the adoption of the eNaira will become faster, Jeffrey said. However, he spoke against the over-reliance on Financial institutions in driving eNaira adoption.

Nigeria is quiet active in the cryptocurrency market and the eNaira could be a further step into interacting with digital currency despite the eNaira not being a crypto. Gbemi Akande of Pacer Ventures, agrees that eNaira could be a point of entry into the cryptocurrency space for the people and “addresses the problem of the unbanked and it’s actually quite impactful from a national Development standpoint.”