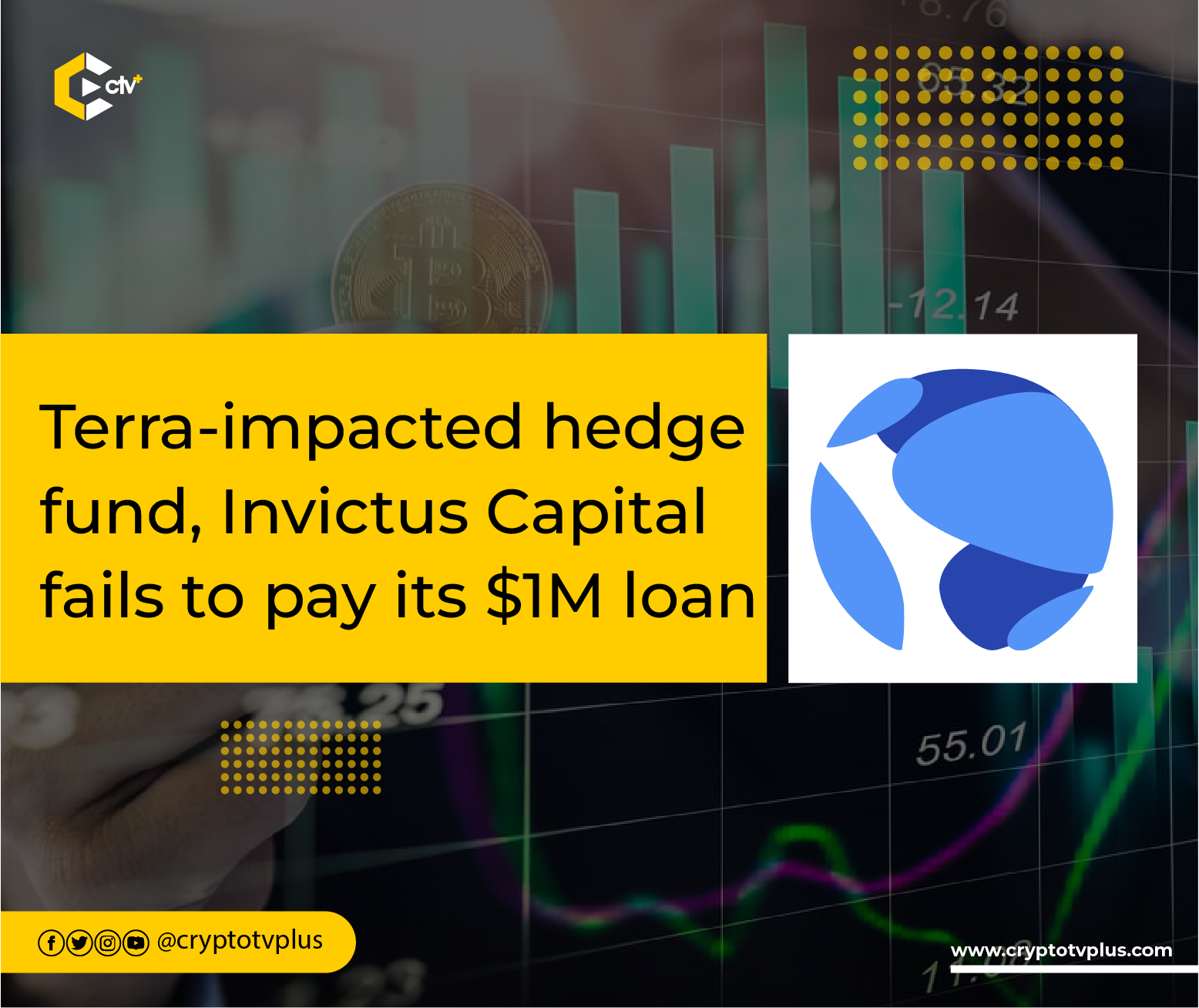 Further details reveal that the outstanding payment was uncollateralized. That is, Invictus Capital did not pledge any assets against it rather than getting the loan by its influence and financial holdings at that point.

Also, data from the TrueFi dashboard disclose that Invictus took a loan of $28.8 million and paid it back with interest in 2020 and 2021 before the default on its latest.

Notably, TrueFi still hasn’t issued any “notice of default” to Invictus Finance yet. Recall that TrueFi earlier warned investors in October in a Twitter post that Invictus might fail to keep to the agreement of repaying the loan.

It is believed that Invictus is in this mess because New World Holdings, Invictus Capital’s parent company that is based in the Cayman Islands, entered into voluntary liquidation after taking a hit in the crypto market crash following the debacle of the Terra ecosystem earlier in May.

According to reports, Invictus moved investor funds to the collapsed Terra’s stablecoin(USTC) and to Celsius Network, the crypto lender that went bankrupt in July.

It is noteworthy that this is the second default of an uncollateralized loan on TrueFi in the last one month. Recently, the Korea-based Blockwater failed to repay its $3 million debt on the platform. Also, the decentralized lending protocol, Maple Finance, faced its own share of difficulties in June.

Crypto lending firm, Babel Finance, became dysfunctional and defaulted on a $10 million loan which led to a $7.9 million loss. According to a Bloomberg report in October, Maple decided to be more strict with its lending standards.

What do you think about this article? Share your comments below.