SportsFusion: will player-focus fan tokens be a thing soon?
Advertisement 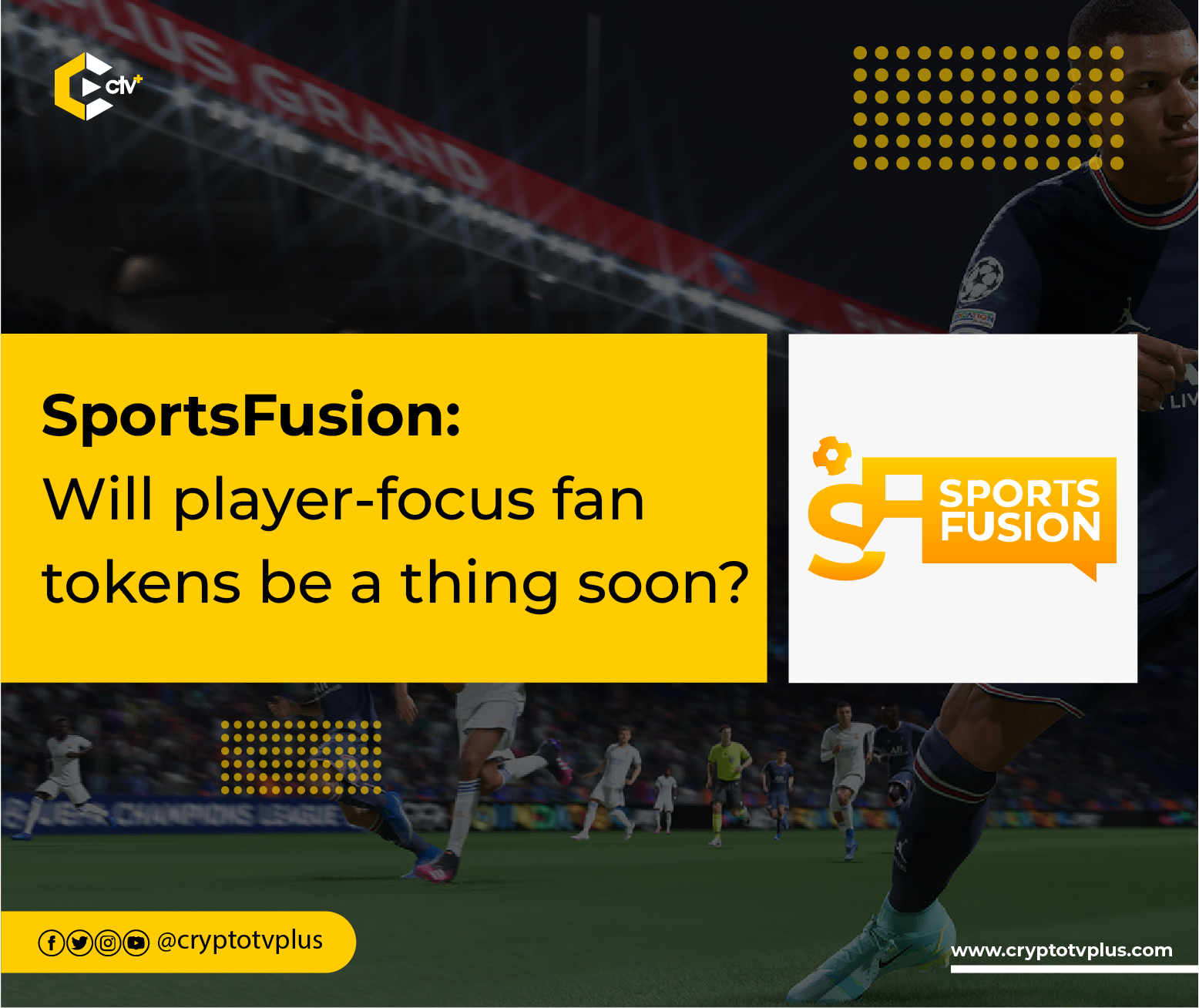 As the world cup buzz continues, Fan tokens are gaining attention in the market. With the exciting events in the world cup and the hype around players, fan tokens are likely to become not just a Football Club or National team affair but also particular to individual players. Chris Ani, a key contributor in the Blockchain/ crypto space, mentioned on the SportsFusion show that after observing Binance and the Ronald NFT if there were a Ronaldo fan token, the holders would have been on the profit side this week.

He said Fan tokens are one of the innovations he applauds in crypto. “It’s one of the best things seeing fan tokens come into existing realities in sport,” he said.  According to the DABA boss, we will likely see fan tokens of individual players soo

Tolu Joseph, founder of Crypto Masterclass,  on the show highlighted some Fan token utilities, including ticketing and live streaming. He added that the crypto audience should watch out for Fan Tokens the same way ICOs pushed the crypto market to “greatness.” He continued, “Fan tokens will go big, don’t sleep on it.”

Fan tokens are a type of cryptocurrency designed to offer fan-related membership benefits to sports club and group fandoms. Holders of fan tokens gain access to,  exclusive contents, prizes, the right to vote, and other exciting experiences.

Sports Fusion is a crypto show that explores the intersection between sports and crypto, designed to bring Sports highlights, analysis, and earning opportunities to the screens of its audience. Created by CryptoTvplus, the show is hosted by Jennifer Orduson. Still on the show,

Who wins the world cup?

Predicting the world cup football matches is part of the events in Sports Fusion. On the show, Chris Ani highlighted that his favorite teams to win the world cup are Portugal and Brazil. “Though Portugal has a very slim chance,” he said.

Virtual guest, Mr. Jacob O. said he has a different pick for who wins the world cup. My favorite team to win the world cup is Argentina, he said.

The wins won’t come that easy, Michael Adegbile mentioned on the show. “The next round of the game will be really tough as Portugal tops the table in their group with 3 points, Uruguay and South Korea with 1 point, then Ghana at the bottom of the table with 0 point,” he analysed.

Chris Ani mentioned that the Korean players are not really a workover. “I think they came upset,” he said. He added that the only Asian team that hasn’t done much so far is Qatar.

The reaction of the crypto market with a focus on Binance in regard to the world cup event indicated that the Binance coin had a price boost as Cristiano Ronald scored in the Portugal against Ghana match. As the legendary player scored, Binance made an NFT unveiling, and its coin has shown a lot of traction and a strong relative index, Chris Ani analyzed in the Show.