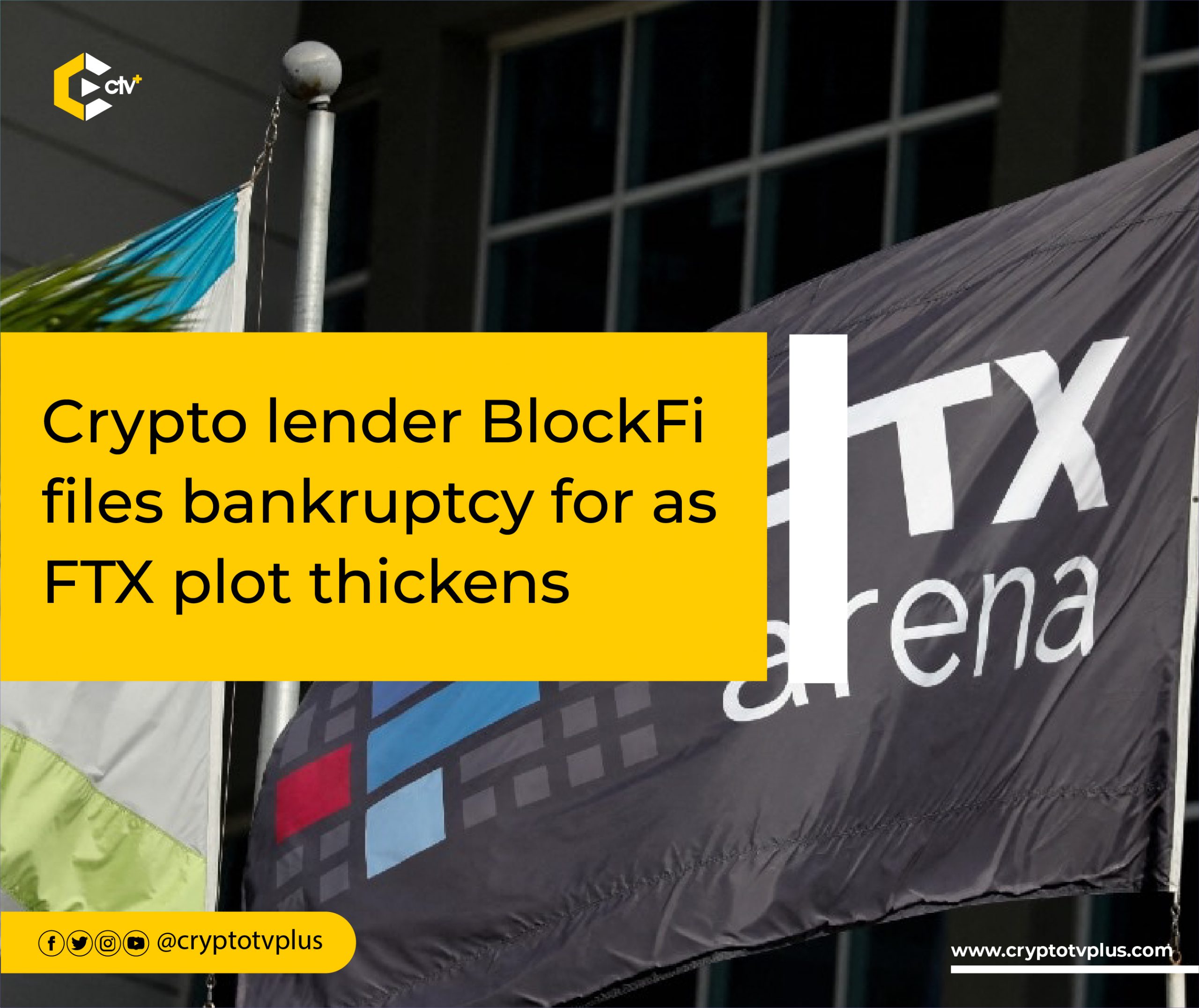 The FTX contagion continues to spread like wildfire as crypto lender BlockFi has filed for bankruptcy under Chapter 11 of the United States Bankruptcy Code. A few weeks ago, BlockFi suspended withdrawals, triggering rumours of its bankruptcy. However, with the declaration, BlockFi becomes the latest crypto firm to be impacted by FTX’s blowup after several others.

In addition, the crypto lender suspended withdrawals a few weeks ago following FTX’s blowup. At the time, there were rumours that BlockFi and other crypto firms were affected. BlockFi had warned its users not to deposit funds to their wallets or interest accounts. Before the implosion, it offered users yields on cryptocurrency deposits.

Furthermore, BlockFi was set to raise funding at a $1 billion down round valuation in June after raising $350 million at a $3 billion valuation in March 2021. As recently as last July, the company was looking to launch an IPO within the next year and a half, with a potential $500 million fundraise coming soon.

However, the company had to pay $100 million in February as part of a settlement with the SEC, and several state regulators over allegations its high-yield crypto lending product violated state and federal securities laws. BlockFi also had to register its BlockFi Yield product with the SEC as part of the settlement.

The company downsized a fifth of its workforce in June as the cryptocurrency market declined.