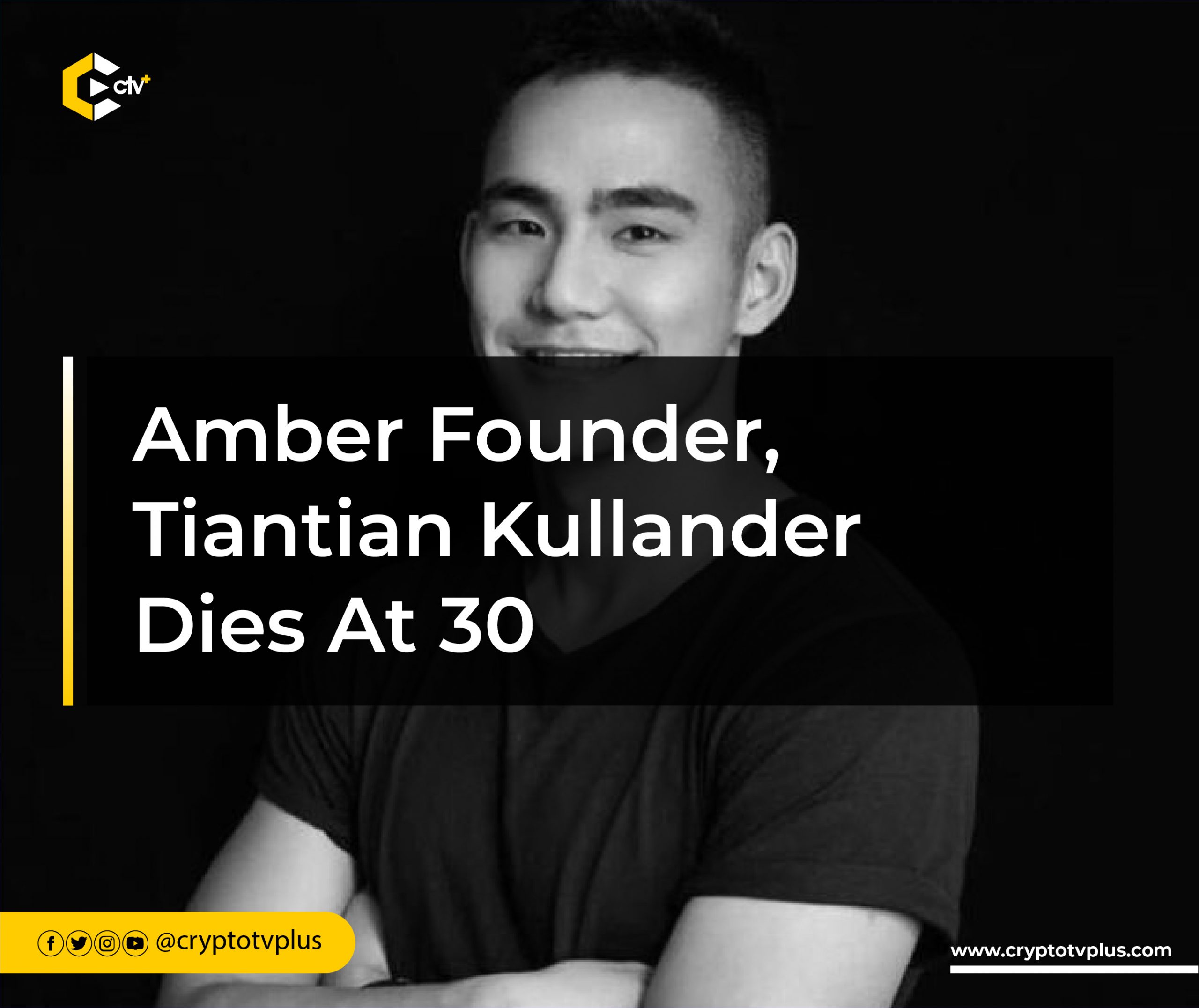 Tiantian Kullander, a co-founder of Hong Kong-based digital asset company Amber Group, passed away in his sleep at the age of 30. According to a statement on the Amber Group website, which was made with the utmost regret and a heavy heart, the co-founder, died unexpectedly in his sleep on November 23, 2022

According to Amber Group, Kullander “was a dedicated husband, a loving father, and a close friend.” The Hong Kong-based business withheld all details about the man’s cause of death.

In the statement, Amber Group said “his passing is a tragedy and our thoughts and prayers are with his family. He is survived by his wife and their beloved son. We kindly request that you respect their privacy during this difficult time.”

Kullander, also known as “TT,” launched Amber in 2017 alongside a group of industry insiders, including former employees of Morgan Stanley and the Goldman Sachs Group. Before that, he worked as a trader for both financial behemoths, and in 2019, he was included on the Forbes 30 Under 30 list, which recognizes the most deserving young leaders and entrepreneurs. According to the statement, TT  invested everything he had into the business, at every step of its development. With his intelligence, kindness, humility, hard work, and inventiveness, he set the bar high, according to the company statement.

TT was a well-known industry pioneer and a respected thinking leader. Numerous start-ups and people profited from his wealth of expertise, his willingness to work with others, and his commitment to always be of assistance.

Furthermore, TT also established KeeperDAO, the first on-chain liquidity underwriter, and served on the board of Fnatic, one of the most successful esports organizations in the world. Amber Group promised to continue his  legacy as this was TT’s aim and dream.  And will work even harder to make Amber the category-defining leader of our industry.