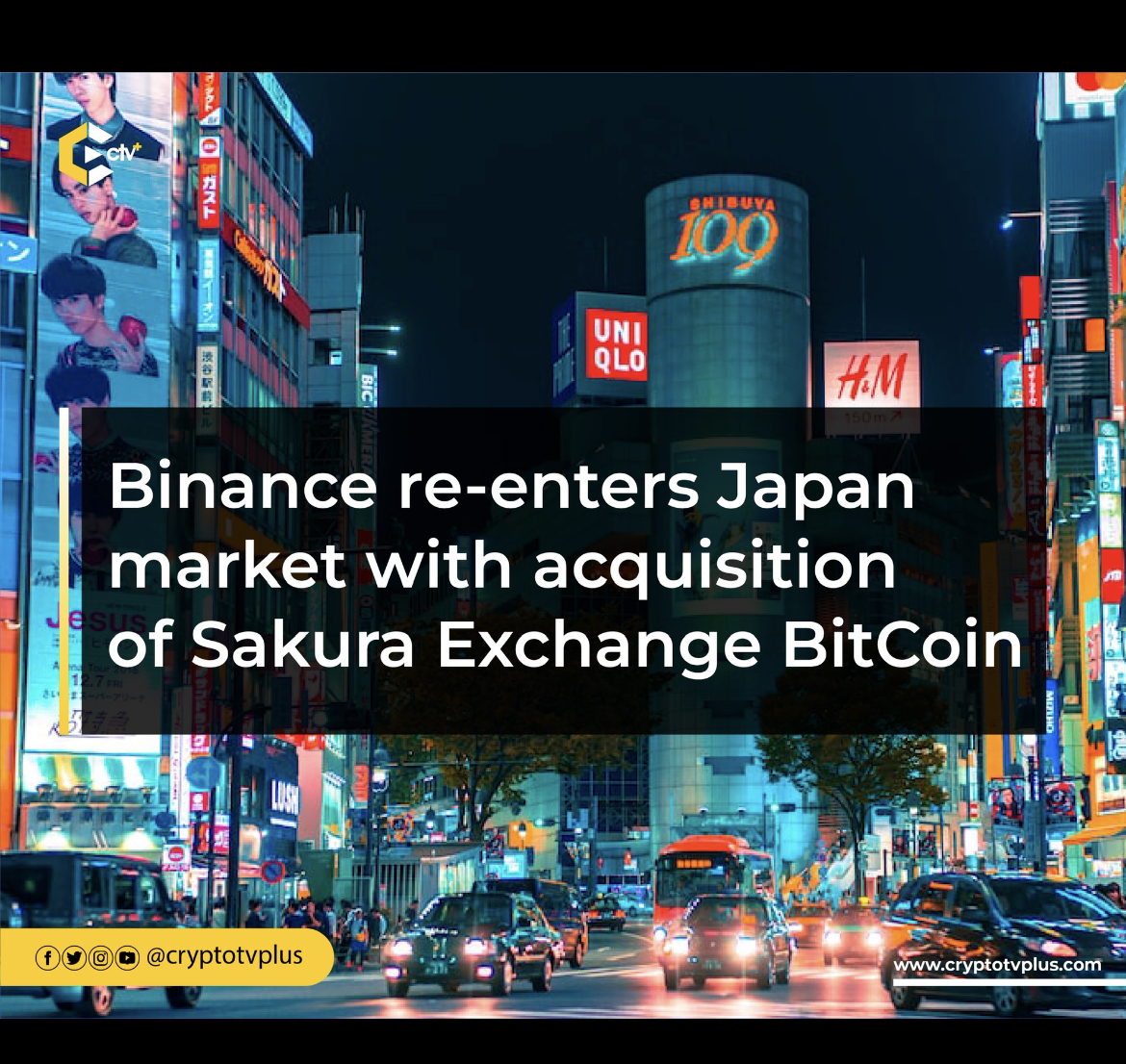 In a bid to extend its tentacles, Binance, the world’s biggest cryptocurrency exchange, has acquired a Japanese crypto exchange to re-enter the Japanese market after an initial setback.

The news of this acquisition comes amidst the ongoing financial crisis that has plunged the once-powerful cryptocurrency exchange, FTX, which has also thrown a host of other crypto firms into crises as they have their liquidity stuck in FTX.

Commenting on this acquisition, the General Manager of Binance Japan, Takeshi Chino, stated, “The Japanese market will play a key role in the future of cryptocurrency adoption. As one of the world’s leading economies with a highly-developed tech ecosystem, it’s already poised for strong blockchain uptake. We will actively work with regulators to develop our combined exchange in a compliant way for local users. We are eager to help Japan take a leading role in crypto.”

However, the terms of this acquisition were not revealed by Binance.

Expressing his delight at this acquisition, the CEO of SEBC, Hitomi Yamamoto, stated that Binance’s strong compliance system would contribute to building a more compliant atmosphere for users in Japan. He further added that the acquisition would assist users in gaining access to crypto services that will be needed for mass adoption in the future.

Binance’s past efforts to operate in Japan

The CEO of Binance Changpeng, “CZ” Zhao, had in 2018 aborted its plan to set up the company in Japan. This was due to inquiries from the country’s security regulator, which eventually led to an official notice to halt operations in the country as a result of the company’s lack of license.

Three years later, the company was again issued a similar warning for not complying with the registration rules.

However, the emergence of Fumio Kishida as the Country’s Prime Minister brought a new dawn into the local blockchain space. Kishida’s “New Capitalism” agenda extended its support for web3 firms. This agenda can be said to have eased Binance’s incursion into the Japanese market.

Binance has been on a crusade to widen its global reach. Recently, Binance has been able to secure an active license in Kazakhstan, having secured operational licenses in countries where they had not been licensed to operate. These countries include France, Italy, Spain, Bahrain, Abu Dhabi, Dubai, New Zealand, Kazakhstan, Poland, Lithuania, and Cyprus.

The acquisition of SEBC makes the company’s official debut in East Asia.

What you should know about SEBC

Related Topics:Binancecryptocurrency regulation
Up Next