Why web3 is not decentralized - Founder of Synthetix
Advertisement 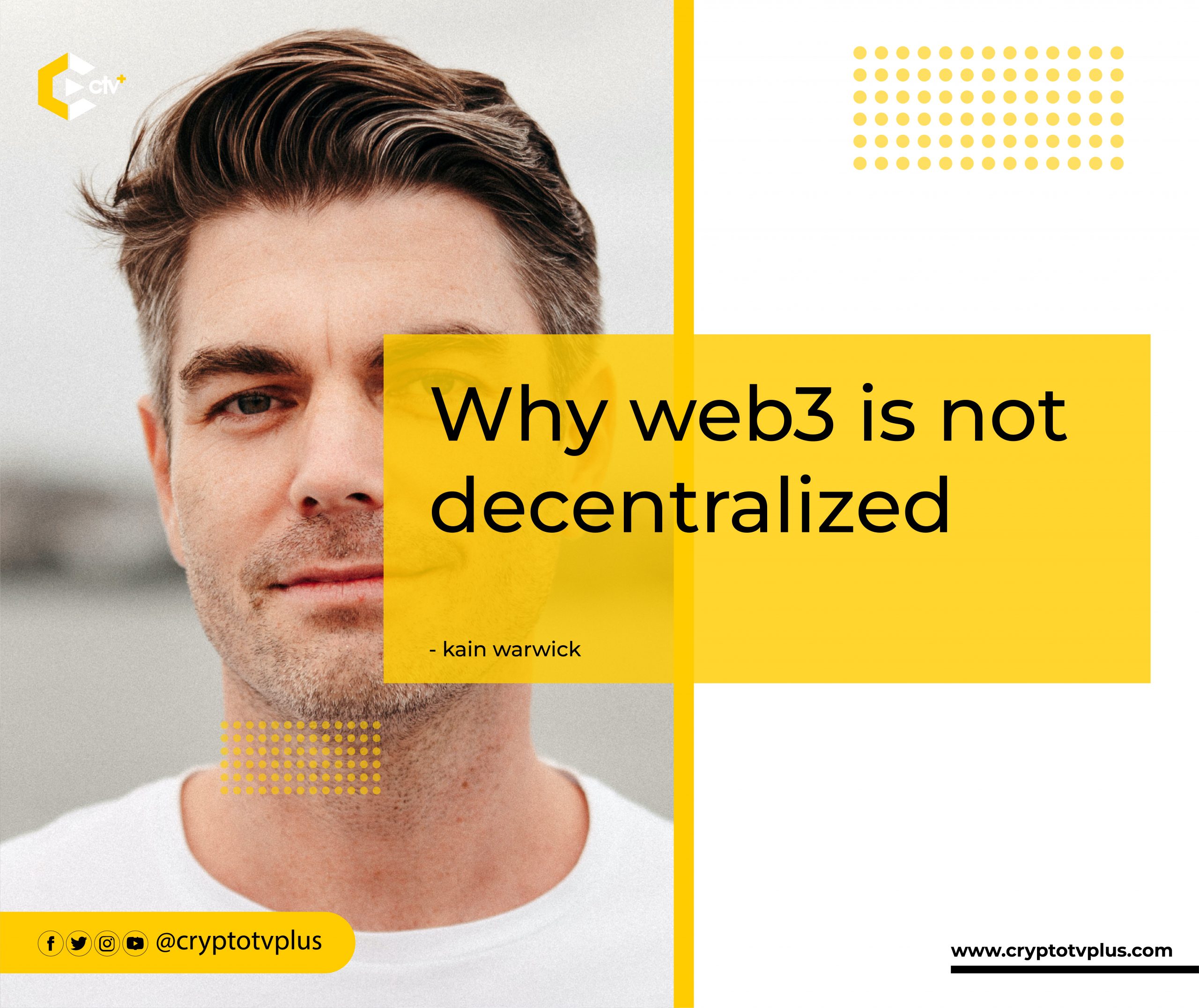 Kain Warwick, the founder of Synthetix, explained at SmartCon that the bear market is good for Web3. He sees it as an opportunity to reevaluate what has been going on. It mirrors the same opportunity that brought Synthetix into the Web3 space during the 2019 bear market which is different from the bullish market, Kain said.

One attribute he highlighted for the bullish market is that governance has always been thrown out the window, thus people just do things with less carefulness.

Kain stated that while Synthetix started as a dollar-backed stablecoin, it has evolved to become more, including creating stablecoins for assets like Bitcoins and Ether. We were one of the first projects to migrate to Chainlink, which supported about 15 projects on Synthetix in 2019, he recalled.

He explained that the migration was important because Synthetix couldn’t manage a private Oracle they were developing. There was a need to focus while leveraging Chainlink’s technology.

He also pointed out that the Multisig problem still lingers in Web3 affecting how governance functions. An example he gave was the inefficient use of the Snapshot mechanism for voting in Web3.

Kain said he envisions that governance, which has not received enough investment, will get better after the current bear market by dealing with the Multisig problem.

DAOs are not truly DAOs

The founder of Synthetix further talked about how decentralization is not a reality in Web3 – decentralized governance is not here yet. The scenario is that a few persons own and control a major stake in most crypto projects, especially in terms of the treasury, Kain revealed. This presents a situation where token holders don’t own what is expected, thus, votes don’t truly count.

On the outside, he highlighted, it looks like things are decentralized and votes count, but intricately, it’s still a few people who make decisions on what happens. DAOs also have similar challenges too where a few key persons make decisions in their favor, Kain said.

Daniel Roberts, Editor-in-Chief of Decrypt, who anchored the session, cited how the ENS DAO voted out a member due to an offensive tweet, and Maker DAO got rid of its social media team because they were perceived as being incompetent as examples of inefficient DAOs.

Currently, there are about 40 assets (from spots to futures) that are tradable on Synthetix while about 8 protocols have been built on Synthetix.