What to know about Ethereum architecture post-merge
Advertisement 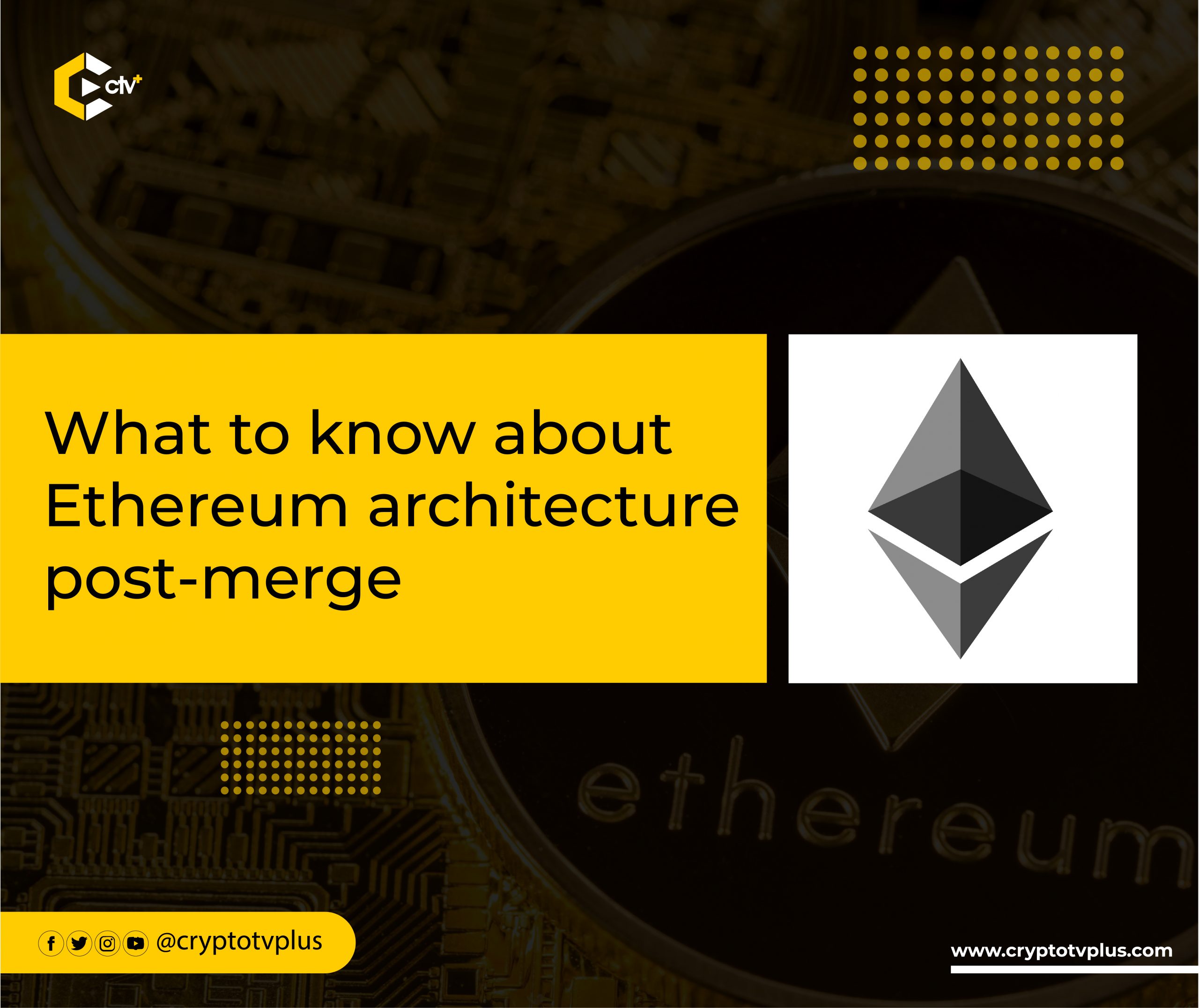 Ethereum recently transitioned from Proof-of-Work to Proof-of-Stake. Unfortunately, the transition was coupled with a significant after-merge effect. The merge had been on the roadmap of Ethereum since its launch, and on the 15th of September 2022, the network completed the merge at a Terminal Total Difficulty (TTD) of 58750000000000000000000 achieved at the ETH mainnet block height of 15,537,393.

Tim Beiko, Protocol support at Ethereum foundation, in a presentation at the SmartCon 2022 conference organized by Chainlink, said that “Ethereum already has this desire to move to Proof-of-Stake, it was part of the roadmap even before the initial or actual chain launch and as soon as basic Ethereum was live, work shifted to try to design a Proof-of-Stake algorithm that Ethereum can switch to.”

In 2018, Ethereum almost launched its 2.0 version but was paused for some reasons. Tim Beiko revealed these reasons include that the 2018 design is very close to the existing Proof-of-Work chain and has technical constraints like sharding. He emphasized that the 2018 Proof-of-Stake algorithm had different operation constraints than the typical smart contract; this, however, added extra logic and was semi-detached from the network. Also, the initial design had a high minimum stake required to become a validator which was 1500 ETH, he said.

Following the constraints, Tim Beiko mentioned that the team proposed to design a Proof-of-Stake from scratch, marking the roadmap to Ethereum 2.0. The idea, according to Beiko, was to redo everything from scratch.

Tim Beiko highlighted that from the Ethereum post-merge chart, the Ethereum network average block time moved from 13 seconds to less than 12 seconds and further said that the network now has a constant block time coupled with a more effective pricing mechanism.

Pig Butchering: The crypto scam FBI wants you to know

Who is web3 founder?

Why blockchain bandwidth is a problem in Web3