Kazakhstan to integrate its CBDC with BNB Chain 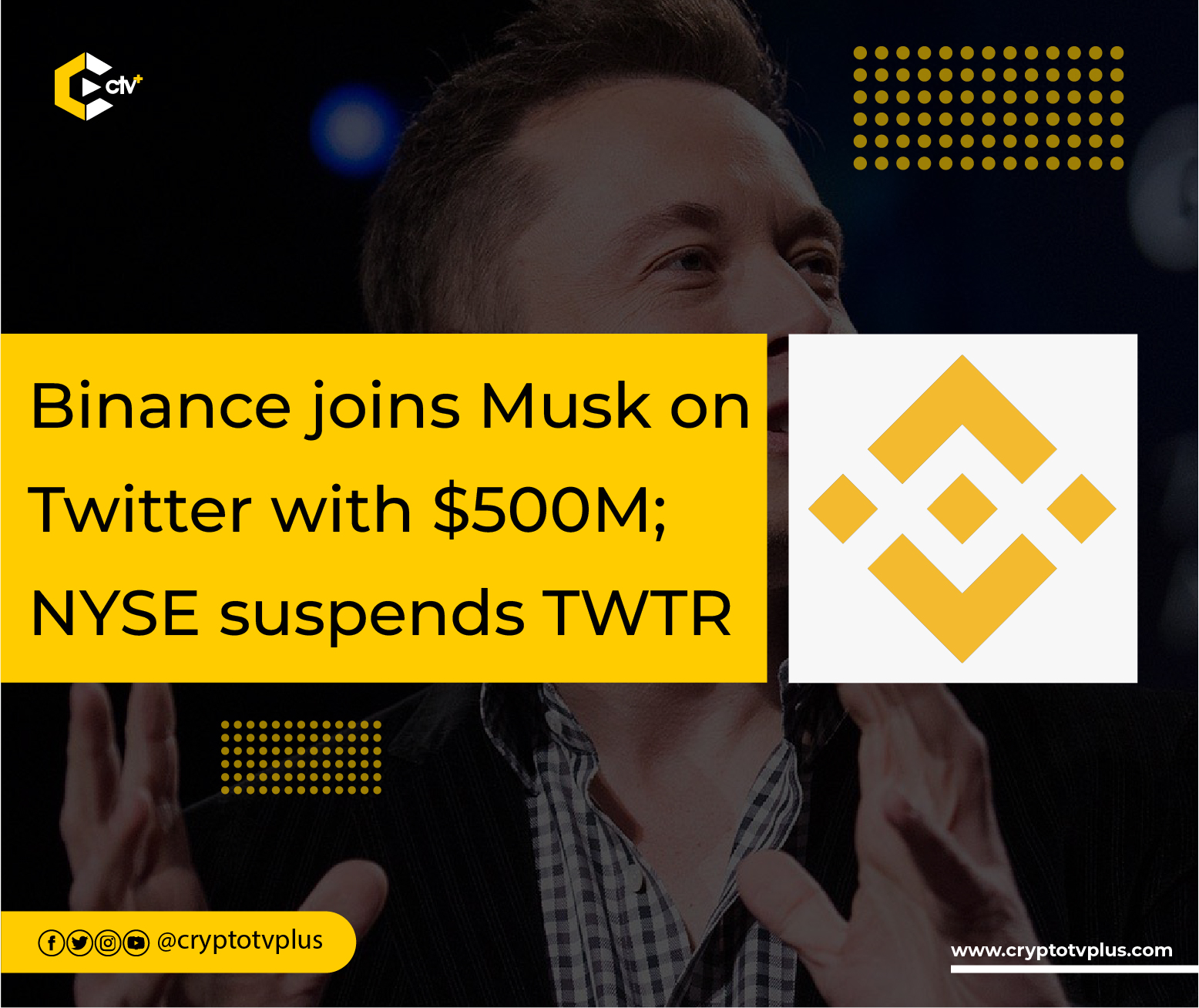 Binance pulled $500 million to support Elon Musk’s Twitter buyout. CZ, the founder of the crypto exchange platform, shared the information in a tweet.

CEO and founder of Tesla, Elon Musk, announced his intention on April 25, 2022, to acquire Twitter at $44 billion. The billionaire said he wanted to eliminate “spam and scam bots and the bot armies” and that he would take the company private.

The deal was however delayed due to a series of “lawsuits, disagreements, and changes” to the agreement between the shareholders of Twitter and Elon Musk. The delays stem from factors such as alleged falsification of the number of users on Twitter. This led to suits from Twitter shareholders and a countersuit from Musk.

Months later, on October 28, 2022, the deal went through with Elon Musk, now the owner of Twitter. As part of his decision to take the company private, the NYSE suspended Twitter stocks from trading on the stock market on November 8, 2022.

Binance had, in May 2022, revealed intent to participate in the Twitter deal. In addition, other firms such as Sequoia Capital Fund, Fidelity Management, and Research Company also declared an interest.

CZ, who shared that Binance invested $500 million into the deal, explained that he was not involved in the negotiation and payment of the money for the deal. I guessed that the process of payment of the funds was via the traditional banking system, he said.