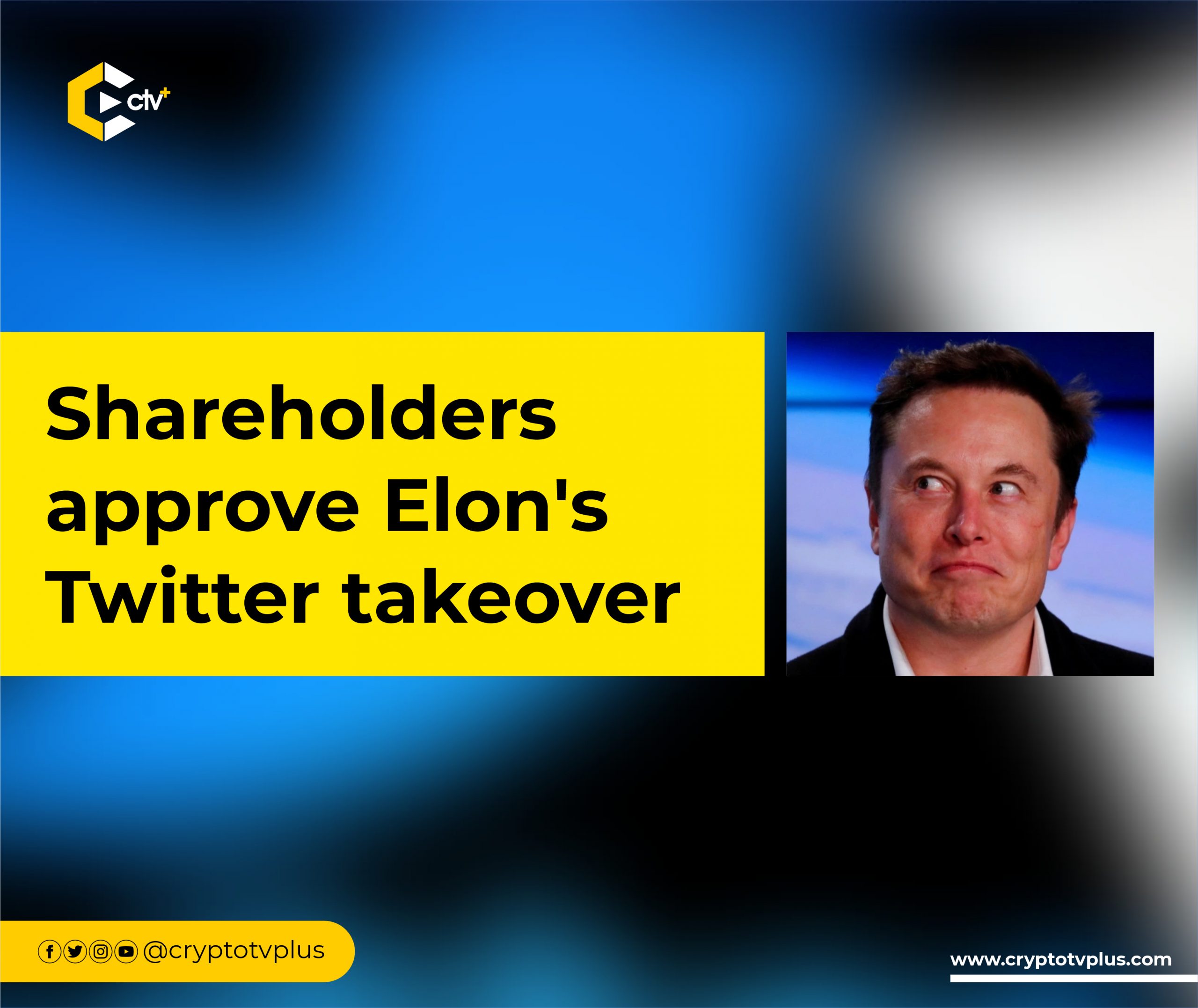 Twitter’s shareholders approve the proposal of Elon Musk to acquire the microblogging social media platform no later than 15th September, 2022 following satisfaction of all conditions.

Elon Musk in April this year, placed a bid to buy Twitter. But this has been met with challenges and the tech billionaire wants to pull out of the deal.

However, a report showed the company’s shareholders had approved the proposal of  $54.20 / share by Elon Musk. This decision came after the shareholders voted on the way forward with 98.6% in support of the approval for Elon Musk’s takeover.

Elon Musk is reported to have ignored the resolution. At the time of the decision, Twitter shares were priced at $41.74.

It can be recalled that the buyout process has been delayed by lawsuits, disagreements, and changes to the proposal between the billionaire and shareholders of Twitter.

Elon Musk’s refusal to buy Twitter is linked with claims that the company is yet to reveal more information about its user base. One of the assertions was that the platform had a lot of bot accounts as well as spam accounts.

According to Musk, Peiter “Mudge” Zatko, a former Twitter employee, had earlier exposed the weakness of the company. Peiter alleged that Twitter violated regulations, bridged security with user data, and lied about the number of real users.

In response to this, the shareholders filed a suit against Musk who replied with a countersuit. This has left the legal counsel of the two sides defending their clients over a long period of time. A decision to hear both sides again on October 17 2022, was eventually made.

Meanwhile, Peiter appeared before the US Senate committee on September 13 2022, to testify about the misgivings of Twitter.