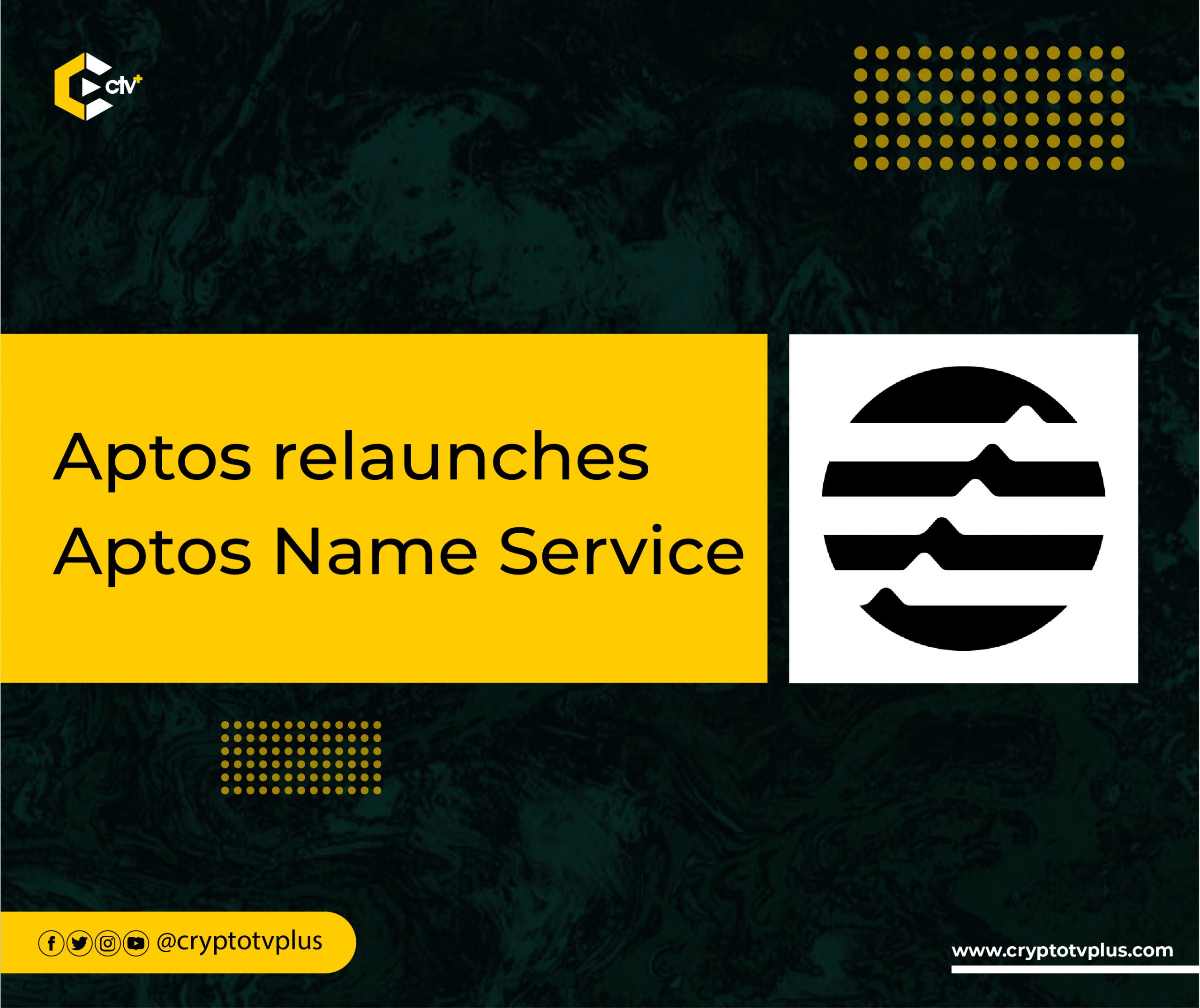 Aptos has announced the relaunch of Aptos Name Service. This will be “the official name service of Aptos Labs,” the Tweet read.

We’re getting excited to re-launch Aptos Name Service, the official name service of Aptos Labs!@aptosnames will provide integrations and tooling into all major launch applications on Aptos – a major step forward in network tooling and overall smooth user experience.

The testnet was originally running in July 2022 but was deactivated for a relaunch. According to the team, the service will create “integrations and tooling” for all dApps that will be launched in the Aptos ecosystem. As of July 21, 2022, 42,000 names had been taken from the Aptos Name Service.

A blockchain DNS is a decentralized Domain Name Service that makes it possible for domain names to be registered, managed, and resolved on the blockchain. They are non-fungible, and can be used to receive cryptocurrency Instead of the long string of characters that are wallet addresses.

More than $300 million raised by the Aptos team

Aptos is a layer one blockchain launched by former employees of Meta who worked on the failed stablecoin project, Diem. It uses the Move programming language, which Rust inspired. Aptos operates a “Proof of Stake, supported by a Byzantine Fault Tolerant mechanism”.

In July 2022, the team had raised a total of $350 million funds for the development of the project. Amongst the investors were Andreessen Horowitz, Multicoin Capital, Tiger Global, and Circle Ventures.

Here’s a guide on how to use the Aptos Name Service.

Related Topics:AptosAptos Name Service
Up Next

Cointelegraph to turn its articles into NFTs