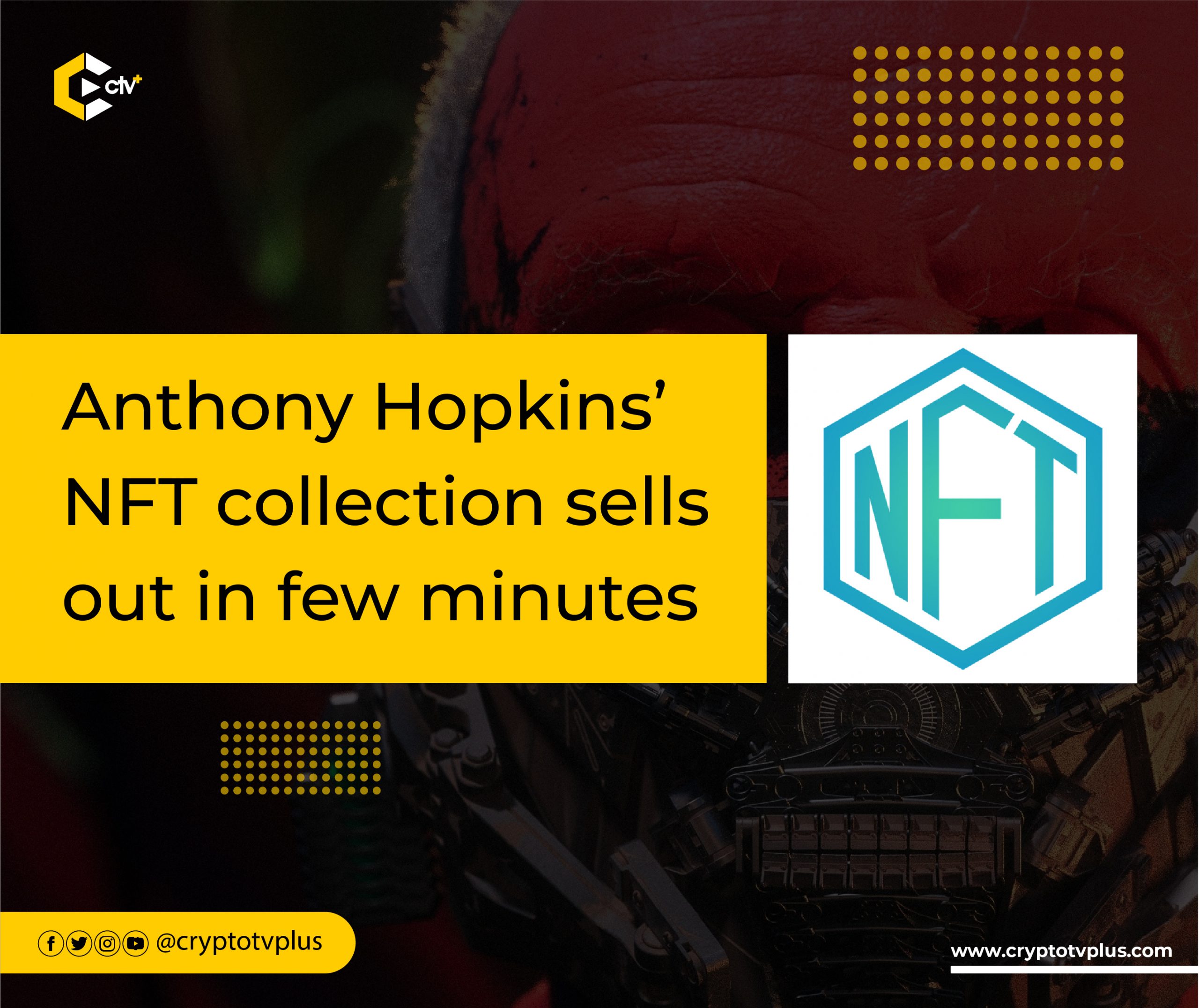 Oscar and Academy Award Winner Anthony Hopkins has sold out his NFT in 10 minutes. At its announcement, the debut NFT collection, titled “The Eternal Collection”, represented one of the biggest celebrity-backed collections in the NFT space. The Collection is one of 1000 pieces of NFT art that shows the actor as the archetypes he has portrayed on screen over his decades-long acting career.

The NFT collection was created in partnership with an NFT and Web3-focused design agency, Orange Comet, Inc.

The creative visuals and animations used to design the NFTs, which have titles such as The Jester, The Lover, The Ruler, The Rebel, The Giver, and The Eternal, are used to represent various character archetypes the renowned actor has played over the years.

At its launch on Opensea, Orange Comet claims the collection sellout was the fastest recorded to date, although the claim remains unconfirmed by major aggregators or Opensea itself.

THE ETERNAL COLLECTION SOLD OUT IN LESS THAN 7 MINUTES 🎭

THE FASTEST SELL OUT IN @opensea HISTORY 😮‍💨

The Renowned actor also took to Twitter to appreciate the NFT community, stating that he still couldn’t believe the news of the collection’s sellout.

Thank you, everyone. I woke up this morning to this news, and I still can’t believe it. 🧑🏼‍🚀#TheEternalCollection @opensea @OrangeCometNFT @InnerCityArts https://t.co/vwJGCqicri

1000 pieced NFT collection will have utilities selected randomly, which range from receiving autographed artbooks of Anthony Hopkins’ paintings and drawings, to access to Anthony Hopkins via Zoom. Holders will also receive sections of personalized NFTs with messages directly from the actor himself, airdropped to holders’ wallets.

Additional perks include live prints of the NFTsr holders, and audio clips of the actor’s voice, portraying some characters depicted in the collection.

With this collection, Anthony Hopkins joins a list of well-known celebrities who have gotten involved in NFT projects. The list includes Lindsay Lohan and Grimes.

The actor has shown interest in the NFT and Web3 spaces as a whole, recently featuring an ENS domain on its Twitter profile. He also starred in the sci-fi thriller, ‘Zero Contact’ released via the NFT platform, Vuele.

FIFA World Cup NFT Collection: all you should know