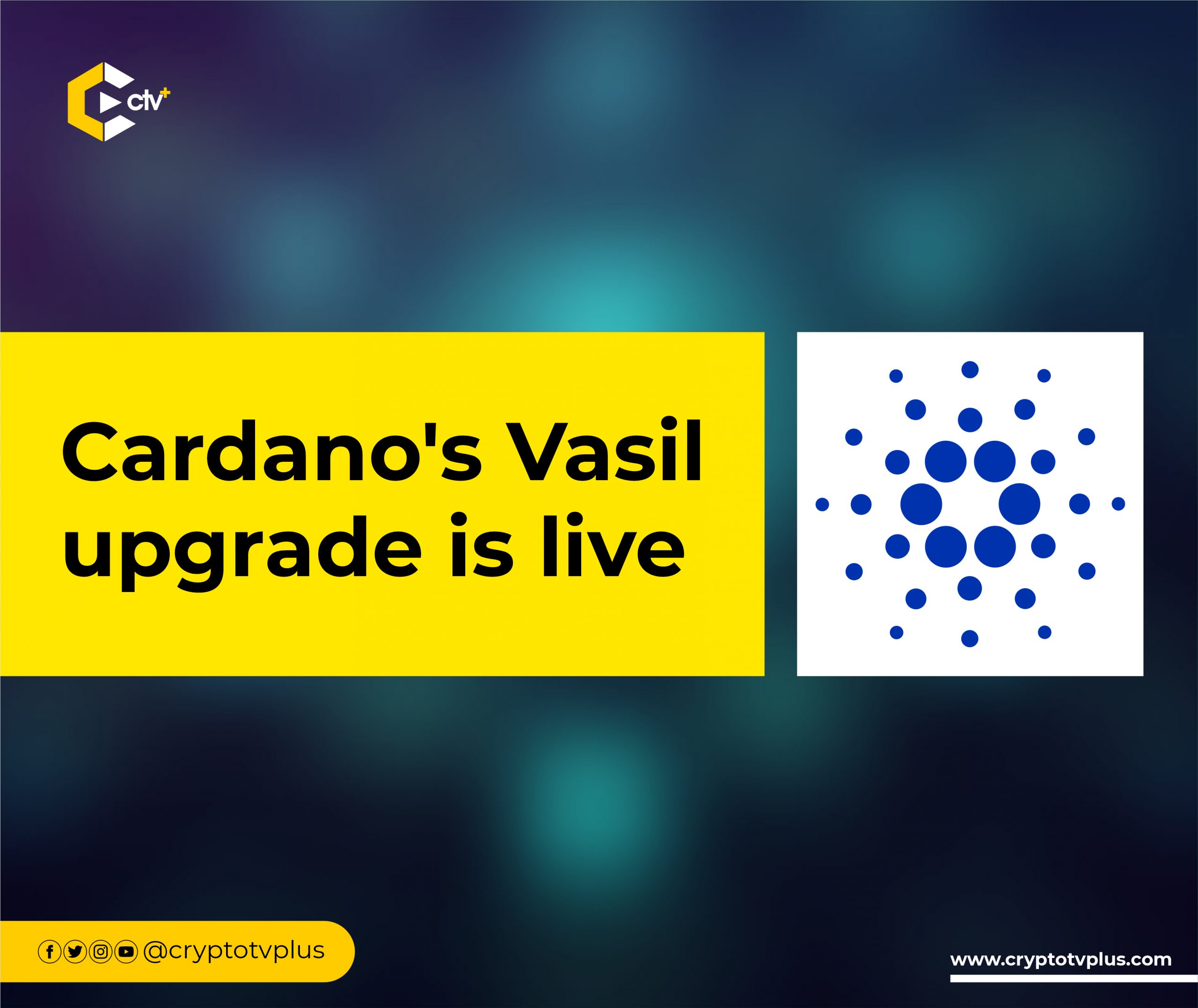 The Cardano Vasil upgrade has gone live after being delayed. It was originally slated to launch in June 2022 but was postponed twice due to bug issues on the testnet. The announcement was made public by Input Output Hong Kong (IOHK).

We’re happy to announce that today, at 21:44:00 UTC, the IOG team, in collaboration with the @CardanoStiftung, successfully hard forked the Cardano mainnet via a HFC event, thus deploying new #Vasil features to the chain.
🧶1/5

This upgrade is one of the most important progress Cardano has made after its September 2021 initiation of smart contract compatibility. Alonzo Hard Fork occurred in 2021 allowing the then four-year-old network to process smart contracts.

The Vasil upgrade will make Cardano better in terms of more efficient smart contracts, and lower cost of operations. One major reason for this improvement is the initiation of Plutus 2.0, a new version of the blockchain’s scripting language.

Cardano was launched by Charles Hoskinson, a co-founder of Ethereum. He started Cardano as an alternative to an Ethereum non-profit project. Hoskinson structured the blockchain to utilize design principles to find solutions to challenges faced by other cryptocurrencies including scalability, interoperability, and regulations. Cardano, a Proof-of-Stake network, is built on Ouroboros protocol.

As part of the team’s vision to make the blockchain better, Vasil was launched with the collaboration of the core development team, the Cardano Foundation, IOG, Emurgo, and the entire Cardano community via technical Cardano Improvement Proposals (CIPs).

Although CEO Charles Hoskinson explained that not all features of the Vasil upgrade will be available immediately. From September 27, 2022, Hoskinson added, some of the features will be activated for developers on the mainnet following the completion of an epoch which lasts for about five days.

Frederik Gregaard, the CEO of Cardano Foundation, explained that the Vasil hard fork is a great step towards the vision of improving Cardano’s overall features. While Bill Barhydt, founder of Abra, celebrated the upgrade as a “big win for developers”.