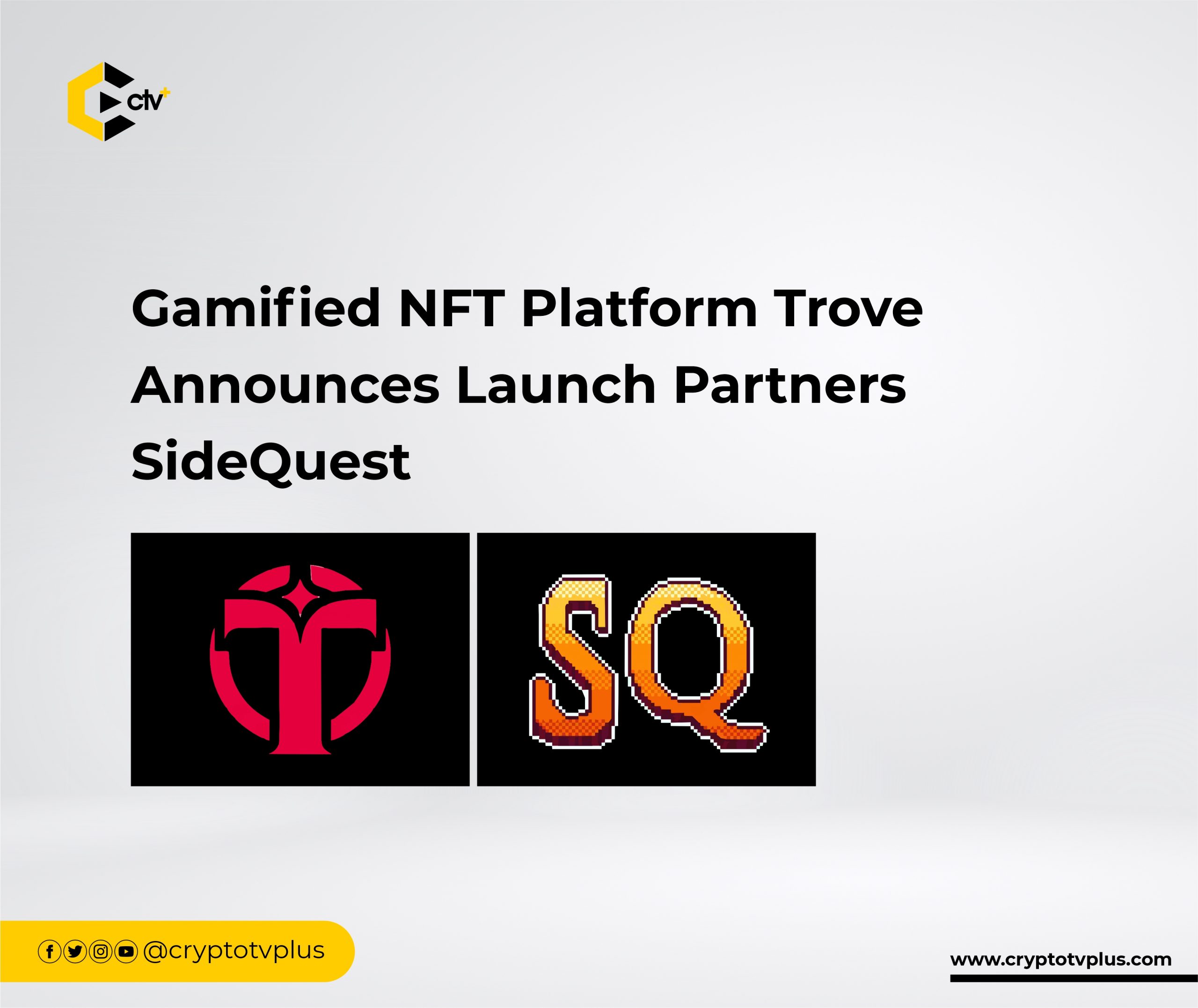 Trove has announced its new Launch Partnership with SideQuest, a gamified risk-to-earn NFT collection. It was announced on Twitter today.

According to their recently released publication, the idea for the initial Treasure marketplace is to provide a storefront for projects that have deep integrations with the DAO, specifically their MAGIC token.

The projects listed on this marketplace integrate MAGIC directly into their metaverses, which aligns these communities with the DAO’s larger vision. The marketplace uses MAGIC as the medium of exchange.

Trove’s announced Partner, Sidequest, is a gamified risk-to-earn NFT collection that acts as a dungeon crawler and is run by their main utility token: The QUEST TOKEN. Interestingly, this is not the first launch partnership announced by Trove.

On Mar 28, it announced its first-ever partnership with Bird’N’Blades, A collection of first of its kind, community-driven NFT comics, where the holders get to vote on the plot of the comics. Since then, Trove has announced several other partnerships with other NFT CVollections, to be hosted on its Marketplace.

Trove is powered by Treasure DAO, a decentralized video game console and a vast ecosystem of metaverses connected by their MAGIC Token. Treasure, according to its website, Treasure bridges the growing network of metaverses through an open and composable approach to the convergence of NFTs, DeFi, and Gaming.

Trove, already dipping its hands into the Metaverse, NFT, and P2E spaces with their upcoming projects like Bridgeworld,  is seeking to expand into the Risk-savvy spaces with the opportune partnership.

Although a date for the launch hasn’t been announced yet, prospective investors, enthusiasts, and future players are being told to expect it before the end of the Second Quarter of 2022.