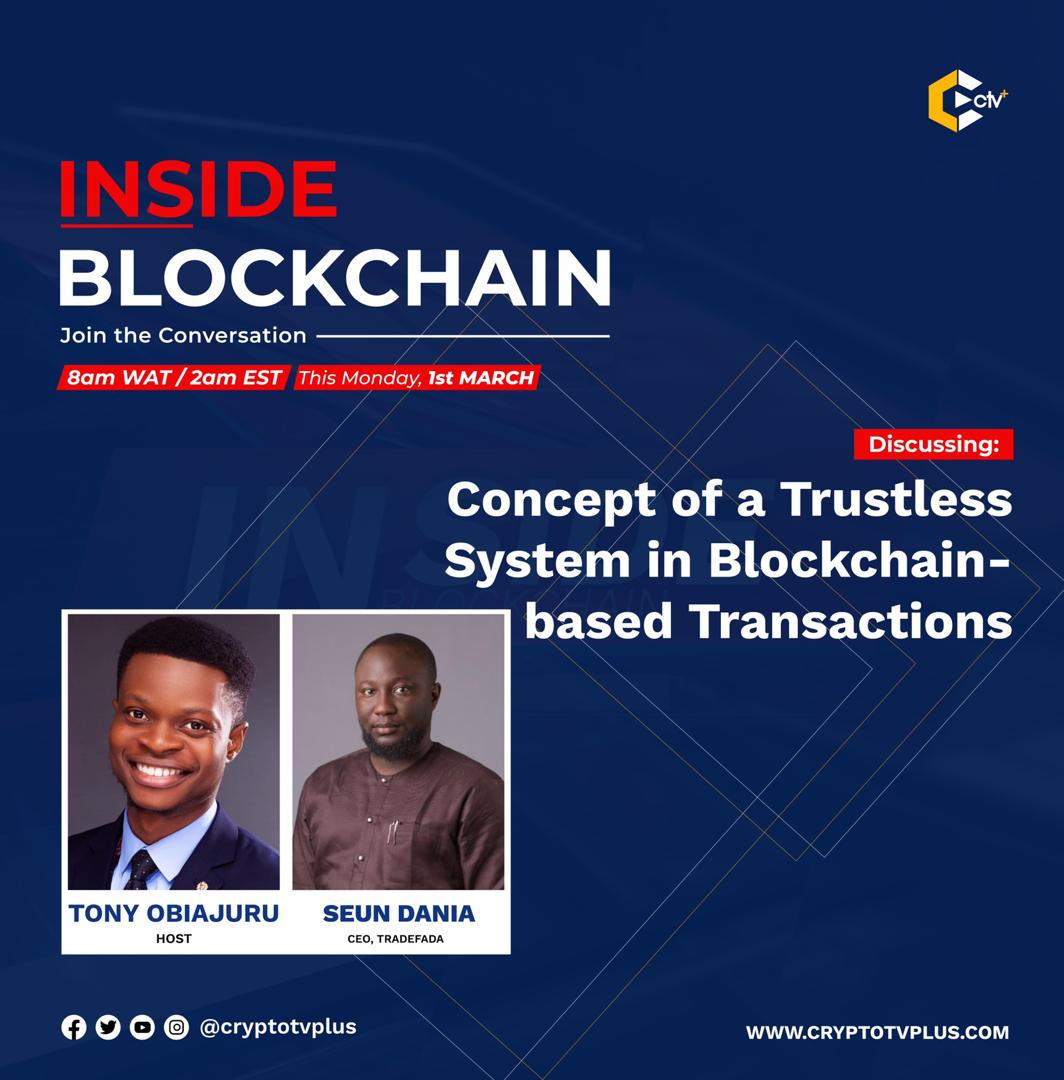 The Chief Executive Officer of TradeFada, Seun Dania has stated on the Inside Blockchain Show this morning on CryptoTvplus that the Blockchain system is democratic compared to the traditional banking system. He made this statement while in discussion with the host; Tony Obiajuru on the topic; Concept of a Trustless System in Blockchain Based Transactions.

The Chief Executive started by highlighting how the Blockchain technology has revolutionized banking to be safer and more trustworthy. He explained that the system eliminated the role of banks playing as intermediaries between two parties; payer and recipient. The blockchain system has removed banks from being the central identity in finances and everyone can now participate in the process.

He stated that everyone now has access to the public ledger that houses all transactions performed on the blockchain as opposed to the traditional banking system where the bank acts as the custodian of documents and assets.

According to him, everyone can be the bank of their own by simply having a node on their computers to perform and process transactions. He stated that the blockchain was designed for everyone to participate and possess a node.

Read also:Musk Tells the US Sec to “Try Me” Over the Dogecoin

Seun went on to say privacy is protected while performing transactions on the Blockchain as opposed to banks that try to get as much information they can get via the Know Your Customer (KYC) process. All that is required to make transactions is the recipient’s address according to him. Also, he laid emphasis on the traceability of Bitcoin transactions and that bad actors can be tracked. On this, he stated that no technology is perfect but the Blockchain technology is close to that;