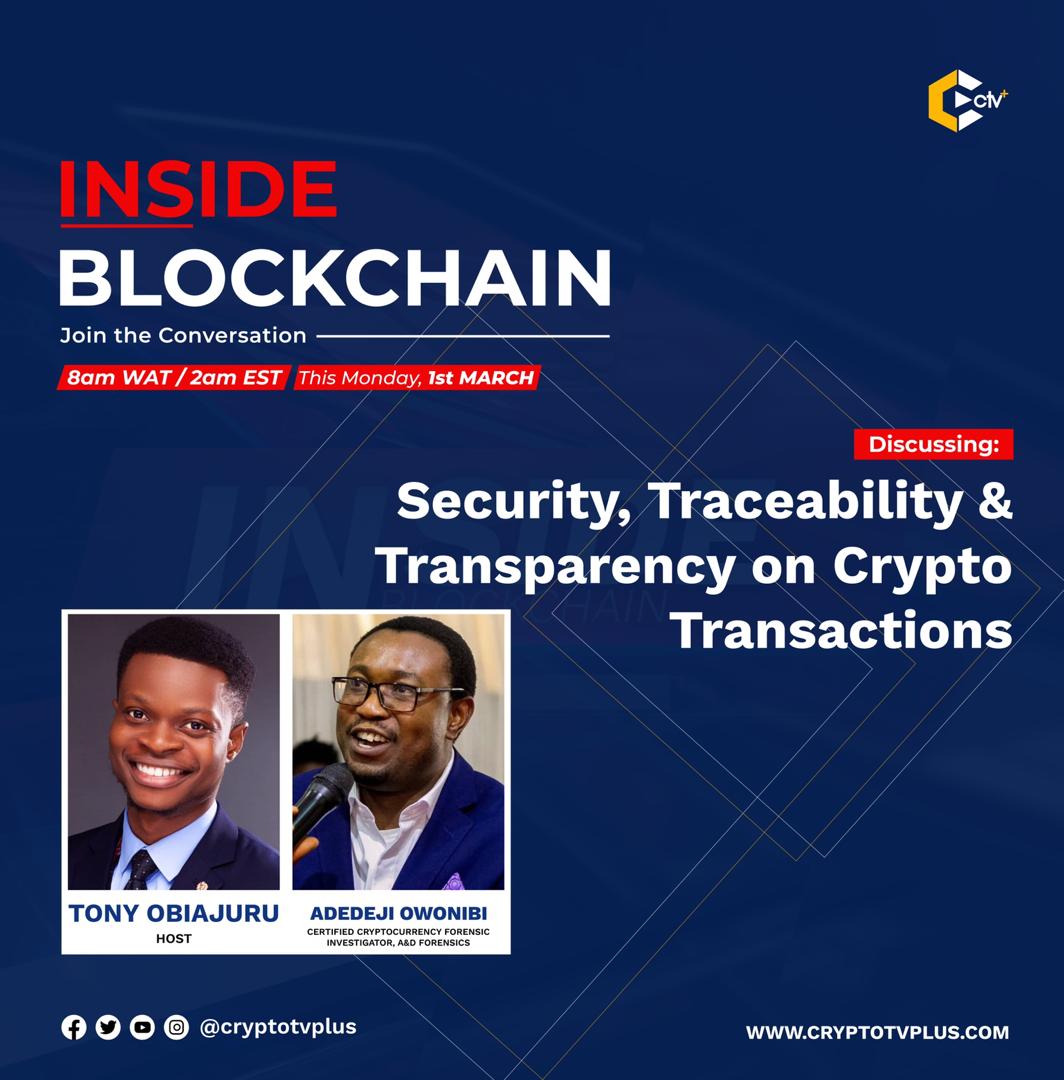 A cryptocurrency Forensic investigator at A&D Forensics, Adedeji Owonibi on the Inside Blockchain Show by CryptoTVPlus while discussing Security, Traceability and Transparency on cryptocurrency transactions with the host; Tony Obiajuru has stated that the Central Bank of Nigeria (CBN) is still living in the past.

The expert made this statement with regards to the Central bank’s position on cryptocurrency transactions, saying it facilitates the activities of players in a dark world. He stated that the CBN should have updated their technologies instead of living in fear of the dark web.

On the matter of traceability, Adedeji clearly stated that cryptocurrency transactions are traceable by checking the ledger and you can know who is sending who money. According to him, this might not have been possible some years back at the early stage of the industry but the industry has evolved over the years with different technologies.

On the matter of security, he noted again for emphasis that the industry has developed a number of technologies to track down bad actors while he was asked for his opinion on the CBN saying cryptos are used for terrorisms among others. He also stated that a report by his partner company showed only 2.1 percent of the total cryptocurrency transactions are used for illegal activities. A report of a certain year showed only 0.3%.

Adedeji went on to cite the Silk Road case of 2013, that was tracked down by the FBI and about 144,000 Bitcoins were recovered. According to the expert, if the Bitcoin transaction was traceable as at 2013, how much more 2021 with advanced technologies available.

Read also:CeFi Or DeFi: Which Is Better?

There Are Available Tools to Tackle Dark Web

“…there are tools for exchanges, banks, regulators like the Central Bank of Nigeria to tackle the dark web instead of living in fear of it”.

Mr. Adedeji was asked how the tools could be gotten and he explained that his partner company specializes in this area. He stated that he could track and tell if a cryptocurrency transaction is from an illegal entity or not with his forensic skill.