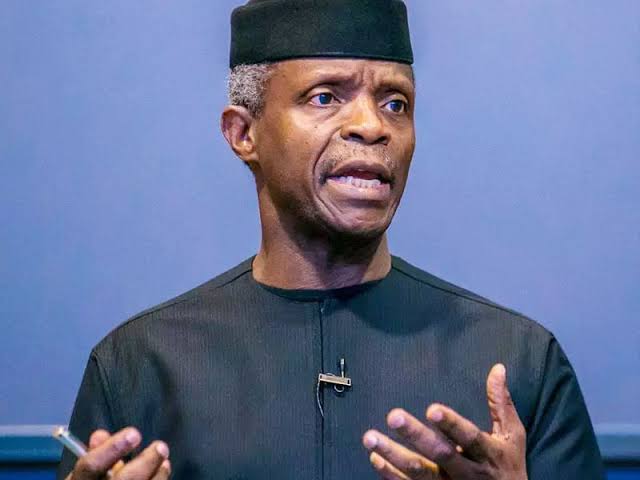 It appears that it is one day closer to the facilitation of cryptocurrencies in Nigeria again as the Vice President addressed the implied crypto ban.

While speaking at the Bankers Committee vanguard today the 26th of February, 2021, the Vice President of Nigeria- Yemi Osinbajo emphasized the un-progressiveness of outrightly disabling access to cryptocurrencies in Nigeria. He highlighted that the better approach is to move for the creative regulation of the emerging technology by preparing for the paradigm shift instead of playing defense.

“On the very topical issue of blockchain technology, digital assets, and cryptocurrencies let me say two things. First is that there is no question that blockchain technology generally and cryptocurrencies, in particular, will in the coming years challenge traditional banking, including reserve banking, in ways that we cannot yet imagine so we need to be prepared for that seismic shift and it may come sooner than later. Already, remittance systems are being challenged.

Read More: The Central Bank of Nigeria has ordered the Closure of Crypto Related Accounts

The professor of law highlighted how the innovation is lucratively scaling cross border transfers.

“Blockchain technology will provide far cheaper options for the kind of fees being paid today for cross-border transfers.”

“I am sure you are all aware of the challenge that the traditional SWIFT system is facing from new systems like Ripple, which is based on the blockchain distributed ledger technology with its own crypto tokens. There are, of course, a whole range of digital assets spawned daily from blockchain technology…Decentralized finance, using smart contracts to create financial instruments, in place of central financial intermediaries such as banks or brokerages is set to challenge traditional finance. The likes of Nexo finance offer instant loans using cryptocurrency as collateral.”

The learned Vice President demystified the reality of Central Bank Digital Currencies by referring to how reserve banks of many nations are looking to innovate their own national digital currencies.

“Some reserve banks are investigating issuing their own digital currencies. Clearly the future of money and finance, especially for traditional banking, must be as exciting as it is frightening. But as we have seen in many other sectors, disruption makes room for efficiency and progress.”

He however lauded the strong position of the regulatory agencies in the financial and investment sector like the SEC and CBN for their swift moves against money laundering and terrorism financing albeit a rather improvable stance.

“I fully appreciate the strong position of the CBN, SEC, and some of the anti-corruption agencies on the possible abuses of cryptocurrencies and their other well-articulated concerns, but I believe that their position should be the subject of further reflection. There is a role for regulation here. And it is in the place of both our monetary authorities and SEC to provide a robust regulatory regime that addresses these serious concerns without killing the goose that might lay the golden eggs. So it should be thoughtful and knowledge-based regulation not prohibition. The point I am making is that some of the exciting developments we see call for prudence and care in adopting them, but we must act with knowledge and not fear,”

Let us know your thoughts on the above in the comment section below.