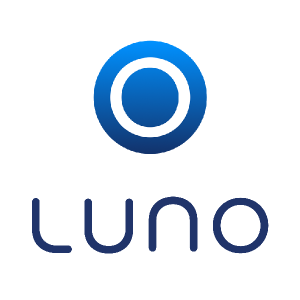 Just recently in  May, Luno, Nigeria and South Africa’s largest trade platform, hit the four million user mark and in an interview with Luno’s General Manager for Africa, Marius Reitz, he revealed that Luno plans to go live in the Kenyan and Ghanaian markets in the nearest future.

With new kinds of challenges rearing their heads in these unprecedented times, Africa and the world over, have had to embrace novel methods of handling their finances. This has influenced why people are increasingly looking outside the conventional ways of banking, investing and managing their money. This new trend positively impacted Luno which hit a 25% rise in new users from 2019 to 2020, in Africa alone.

A vast majority of Luno users are in fact from Nigeria, South Africa, Zambia and Uganda. This is a cue to why there is a 100% upsurge in trade levels during this pandemic.

According to Marius Reitz:

“We’re living in unprecedented times and with the uncertainty caused by the pandemic, an entirely new audience is looking at cryptocurrencies for the first time. They’re beginning to think beyond the tried and tested way of managing money that yields no return and that’s been reflected in the growth trends we’ve seen since the start of the pandemic.”

Reitz observed that a robust proportion of Luno customers are made up of individuals based in Africa. He stated that:

“Africa is responsible for a strong proportion of users on Luno. Traffic insights from Alexa show that 37.8 percent and 37 percent of Luno visitors are from Nigeria and South Africa.”

Outside of Africa, Luno enjoys a continuous increase in customers from South East Asia, especially from Singapore and Malaysia.

In a given day, Luno records about $4.5 million in trade volume, making it the largest non-peer to peer platform in Africa when looking at trade volumes. South Africa happens to be a major contributory factor to Luno’s rising trade volumes.

Also, 16% of South Africans online have used or own cyptocurrency; positioning her behind Turkey Brazil and Columbia. Nigeria follows her heels, ranking 5th  worldwide with 11%.

LUNO INTENDS TO GO LIVE IN KENYA AND GHANA

Even though Ghana formerly led Nigeria as per countries with the most searches for the “bitcoin”, they have been marginalized by the largest cryptocurrency exchanges in the world. Thanks to Luno, this narrative is about to change. Reitz revealed that seeing that Kenya and Ghana are one of the biggest hotspots for cryptocurrency interest and trading, Luno plans to enter both markets in the “near future.”

“We’re planning to expand to both countries in the near future, however, the global pandemic has made it difficult to travel and speak to key stakeholders… Once we officially set up operations, our mission will remain the same – to upgrade the financial system of every country that we’re based in.”

P2p platforms, escrow groups on WhatsApp and other chat Apps, local broker websites all fuel trades in both Kenya and Ghana.

Luno’s General Manager for Africa revealed that the pandemic impacted on their plans to take Kenya and Ghana, as there were high interests to launch in both countries before the rise of the corona virus and its attendant lockdowns and travel bans.

According to Marius Reitz, Luno plans to differentiate itself in both countries by offering a more user-friendly alternative which targets the mass market.

SHOULD WE BE EXPECTING STABLECOINS ON LUNO?

Stablecoins have become more attractive to the African Cryptocurrency market for indigenous transactions because it offers a relatively lesser volatility in comparison to preceding cryptocurrencies. New and existing trade platforms have been quick to list stablecoins, take for example in Nigeria, a good number of indigenous trade platforms have introduced stablecoins backed by the Naira. Although, not so long ago, Luno listed Ripple (XRP) and Litecoin (XRP), it is yet to launch stablecoins on its exchange.

Reitz categorically said that the listing of stablecoins on LUNO are “definitely on our radar.”

“Before we introduce new coins on our platform, we always evaluate their merits for our consumers and stablecoins definitely hold a lot of benefits. Given they’re easier to trust and understand, they’re effectively a way for people to learn about crypto ‘slowly’ until they are ready to go into other coins like Bitcoin. Stablecoins could play a major role in mainstream adoption of cryptocurrencies so they’re definitely on our radar.”