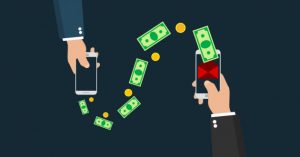 Earlier today, MediConnect, the brain behind a blockchain framework developed to trace and manage drug prescriptions, announced on their Medium handle that the Ugandan government has backed the bid to checkmate the outburst of fake drugs in the country by utilising the MediConnect blockchain solution, an “immutable record of prescription medication which enables doctors and pharmacies to identify counterfeit drugs and prevent their distribution in the pharmaceutical supply chain.”
The Ugandan government backs MediConnect’s blockchain solution to fake drugs following a meeting in Kampala where a delegation led by Uebert Angel, a strategic partner of MediConnect, and Dexter Blackstock, Chief Executive Officer of MediConnect, met with the President of Uganda, Yoweri Musevini, Minister of Health, Jane Aceng, and other high-level government officials.
According to the article, Uebert Angel, strategic partner of MediConnect decried the situation of fake drugs in the country of Uganda, noting that he was shocked by the extent to which this has ruined and shattered the lives of the nationals. In his words, he said:
“Travelling to Uganda, I was shocked by the extent to which counterfeit drugs have ruined the lives of the most vulnerable people in society. It is therefore humbling to be able to make a difference by investing in the country’s pharmaceutical sector and partnering with MediConnect to identify fake drugs and prevent them from reaching end-users. In our meeting with President Musevini, he made clear his commitment to eliminating counterfeit drugs in Uganda and I am delighted that his government is interested in exploring the use of MediConnect as a national-level solution to achieve this goal.” 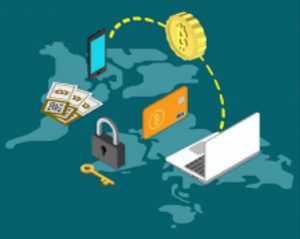 Prior to this indicative support, the Ugandan National Drug Authority (“NDA”) found out that 10% of the drugs prescribed in the country have  counterfeit copies of them trading on the market. And hence, in March 2019, the authority launched a campaign to reduce the level of fake drugs. However their focus has been  recovering fake drugs through raids and running a public education campaign. Consequently, after discussing the benefits of a blockchain solution with MediConnect, the Ugandan government pledged its support for MediConnect’s solution in tackling the fake drug issues facing the country’s pharmaceutical sector. It is therefore expected that MediConnect’s blockchain could be adopted in Uganda as an overarching national technological solution for the  identification of counterfeit drugs and establishment of their provenance. This in turn will prevent future contamination of drug batches. Expectedly, it will reduce the health dangers of counterfeit drugs, encumber organised crime groups, and maximise the country’s medical resources.
In a statement, Dexter Blackstock, the CEO of MediConnect, commented that the Ugandan government understands the need of tracking the spread of fake drugs in the country as this will protect the citizens by ensuring that only authentic drugs will be in circulation. In his own words, he said:
“The Ugandan President, Minister of Health and National Drug Authority all understand the need to act fast to tackle the country’s counterfeit drug problem and recognise the benefits offered by tracing medication on the secure, scalable blockchain framework we are developing. We see this as an important opportunity for MediConnect to form part of Uganda’s national infrastructure and protect its citizens by ensuring all drugs in circulation are authentic and safe.”