Proposed Tron partnership with Liverpool In the Pipelines
Advertisement 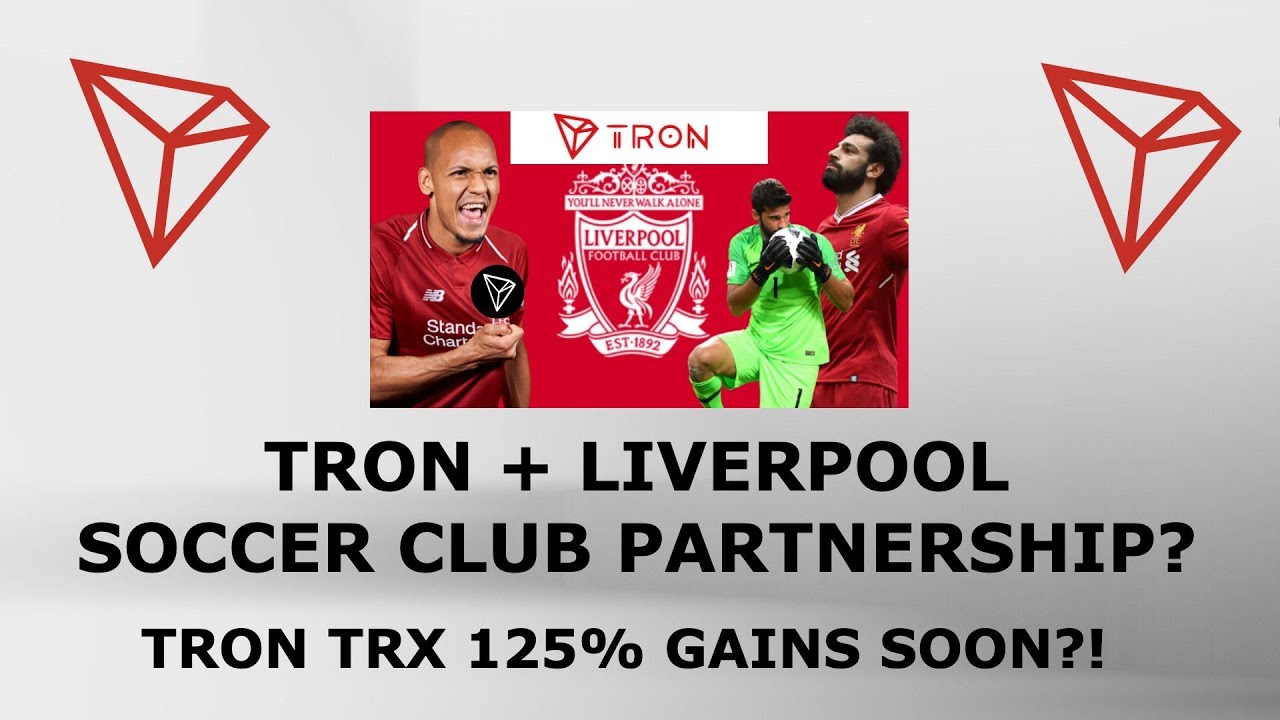 Justin Sun, the CEO of Tron who’s extremely active on Twitter, tweeted a video earlier in the week hinting at a proposed partnership with the famous English premier league football club, Liverpool though some people have dismissed the video as inconsequential and criticized Sun for deliberately misleading people with the announcement.
The tweeted short video shows a red envelope that reveals a screen with the Tron logo alongside Liverpool’s. Then the manager Jurgen Klopp shares the philosophy of the football club, implying that the club is inviting Tron to partner with the football club.
The caption attached to the video by Sun says “Thank you for the unique and innovative invitation, Liverpool! I am impressed and I’m looking forward to exploring this #TRON new partnership together!.”
But the nature of the partnership is unclear, and Sun didn’t include any specific details about it.

In another tweet, Kraken’s CEO, Jesse Powell, responded with a screenshot of an email sent to him from “Liverpool” about a partnership. The fake email included a reference to a video package that was sent to him. Jesse dismissed it as a scam.
Decrypt Media also claimed it spoke with a representative of Liverpool Football Club who allegedly confirmed that the club does not intend to have a partnership with Tron.
Though Sun has often been accused of creating false excitement in investors to drive up the price of its coin by announcing several partnerships, the Tron organization has sealed some exciting collaborations and acquisition in the past.

Tron, a blockchain platform focused on building a decentralized web and infrastructure, started on the Ethereum blockchain but launched its main net on June 25, 2018. Since then the project has made bold moves even in the middle of the recent bear market.
The notable companies Tron partnered with in the first quarter of 2019 include Tether and CoinGate. In January, it announced that ABCC cryptocurrency exchange would be the first to list the tokens based on Tron’s TRC10 technical standard.
Last year, Tron partnered with Binance in a bid to facilitate blockchain adoption around the world. Tron’s CEO donated $3 million to Binance Charity Foundation to use the blockchain technology to help people in the least developed part of the world.
Tron had also acquired BitTorrent, the popular peer-to-peer file sharing service, and went on to have a successful Initial Exchange Offering recording $7.1M in less than 15 minutes in the first session of the sale.
There’s been some speculation about what form this partnership with Liverpool will take. Maybe Tron could build a decentralized live streaming service for Liverpool’s matches, a decentralized game or Liverpool could create its fan token on the Tron blockchain.
Some football clubs that have created a blockchain token in the past include the biggest club in the top division of France Paris Saint-Germain, Italian soccer club Juventus and one of Brazil’s oldest and biggest club Atletico Mineiro.
Paris Saint-Germain and Juventus had partnered with a blockchain platform Socios.com to launch the Fan Token Offering, which allows fans to vote on decisions such as choosing the club’s jersey color, stadium music, and logo.