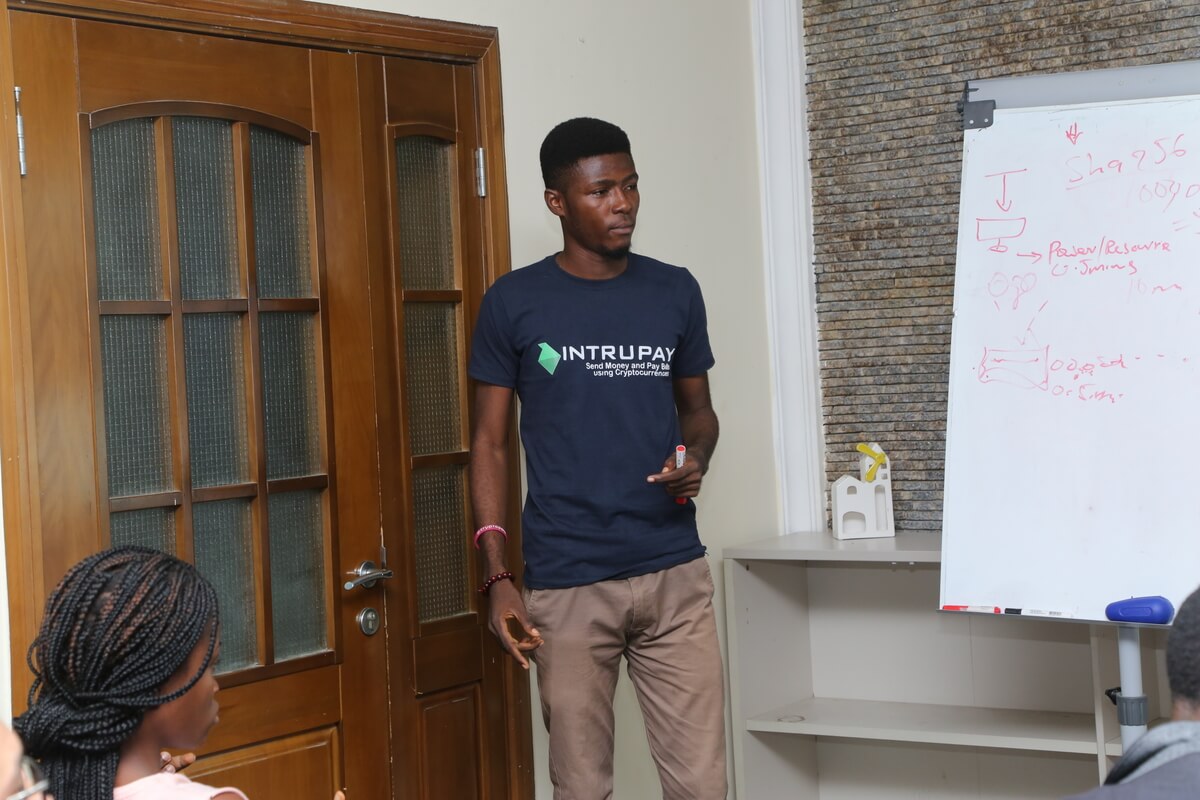 A Blockchain meetup was held on the 28th of April, 2018 and Munachi Ogueke, the CEO of Cryset was the convener of the event. Cryset, is a blockchain company that builds software and partners with blockchain startups looking to extend their market and product reach to Africa. Munachi was full of excitement as the event commenced. Interestingly, he gave the opening talk in the first session and he spoke about the technology and how it works; how it gives us sovereignty, power and control of our wealth, identity and gives us the ability to do whatever we want with it. 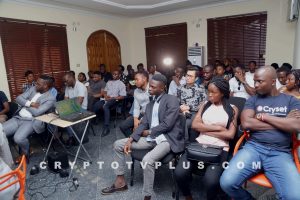 The overall purpose of the meetup had two major agenda’s. The first was to discuss the blockchain technology and how it can be effectively used in the various sector of the economy. The second was to grow the blockchain community in Nigeria through education and awareness. This focuses on breaking the notion that people are in the space just to buy when the market is bearish and sell when the market is bullish” more or less in for the profit and not the technology itself.
The meetup which had over 60 people in attendance, was graced with the presence of blockchain experts, investors, developers, enthusiast and general observers such as Chris Ani, founder of Digital abundance, Bashir Aminu, the Founder of Ven Hub, Ogundele Mayowa, CEO Agroplexi, Kelechi Onwurah, CEO Crypstone to mention a few. 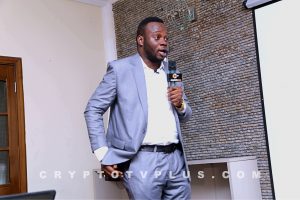 Chris Ani, who spoke on the topic: “How can Nigeria apply the Blockchain to improve governance” extensively explained how the technology can be integrated into the various sectors of the economy. Sectors which he mentions were agriculture, where it can be used for food authenticity and verification. The process would track the farm products, thereby making it easy for consumers and the relevant authorities to track the source of its consumables.
He also spoke about the Education as the key to massive adoption and the creation of an enabling environment by the government for the technology to thrive.

THE PANELIST SESSION
The first panellist session focused on the integration of blockchain in the agricultural sector with the topic: Improving Africa’s 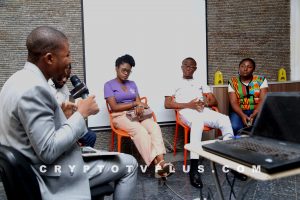 Agriculture and food industry with the blockchain. The overview of the conversation spanned across a few agricultural firms that were represented and the major issue discussed was how the technology can be deployed and integrated into the sector and how farmers could benefit from its use. Ogundele Mayowa- Agroplexi, Olufemi Adeneka-Circular Feed, Oluwakorede Moshood – Comestibles, Yemi Pedro- Farmovo were amongst the panellist.
The second panellist spoke on discussed on the topic “can Blockchain Improve Africa’s financial inclusion crisis.” the panellist included Ejemai Joseph CEO of Stach, Kelechi Onwurah CEO of Crypstone, Eseoghene Mentie a representative from Uport, and Ruth Iselema CEO of Bitmama. they spoke extensively on practical approaches that can be preferred to the African financial crises. Ejemai Joseph believes that “the blockchain is more about community and innovation. people need to be well educated beyond airdrops and holding that’s why we created a platform where people can understand the blockchain technology.”

When asked how Uport can bring their identity feature to the layman’s understanding? Eseoghene Mentie described 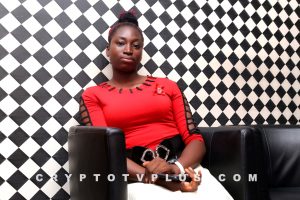 Uport as  “decentralized and self-sovereign built on the Ethereum blockchain. what this means is that your identity will be built on the blockchain and it will include all data about you such as your name, your financial identity, and all your transactions. this means when you lose any information of yours, it is kept safe on the blockchain”
There was also a firebrand chat on EOS Akintunde, who was grilled with various questions from the 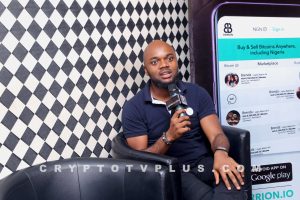 audience  on EOS software and how fast the currency is rising in the market.  YellowCard product Demo was played and some participants got some free bitcoins. Finally, blockchain lawyer faith Obafemi talked on the regulations for Nigerian Blockchain startups. She gave a legal definition on virtual currencies, spoke on legal standards, risk management standards and exchange rates.

Largely, the meet up was a success, brought cryptopreneurs together, and gave crypto newbies an idea of what cryptocurrency and what the blockchain technology is all about and it is a buildup of what we anticipate in the crypto space.

Great, thanks for sharing this article. Much obliged!.