Bermuda has sort to position itself within the cryptocurrency space as it is in a stage of completing a draft of what would soon become cryptocurrency regulations. The Bermudan Government believes that cryptocurrency is the future of exchange. In a statement, The minister of national security, Wayne Caines, described the proposed regulations a
“landmark legislation for Bermuda,” adding that “The emergence of new financial products and services created through the use of technology has opened new and exciting opportunities for entrepreneurs and businesses.” 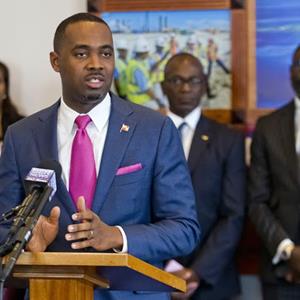 On Thursday, Mr Caines presented “Bermuda’s fintech strategy” to “more than 150 of Bermuda’s key business partners.” Mr Caines stated that the government “recognize[s] that there’s significant interest in virtual currencies and blockchain technology,” emphasizing Bermuda’s desire to “become a global leader in the fintech space.”
Although the Bermudan Government does not regard cryptocurrency as a legal tender, however The consultation paper defines “virtual currency [as] a digital representation of value that can be digitally traded,” adding that “such does not have legal tender status […] in any jurisdiction,” however, fulfills monetary “functions only by agreement within the community of users of the virtual currency.”