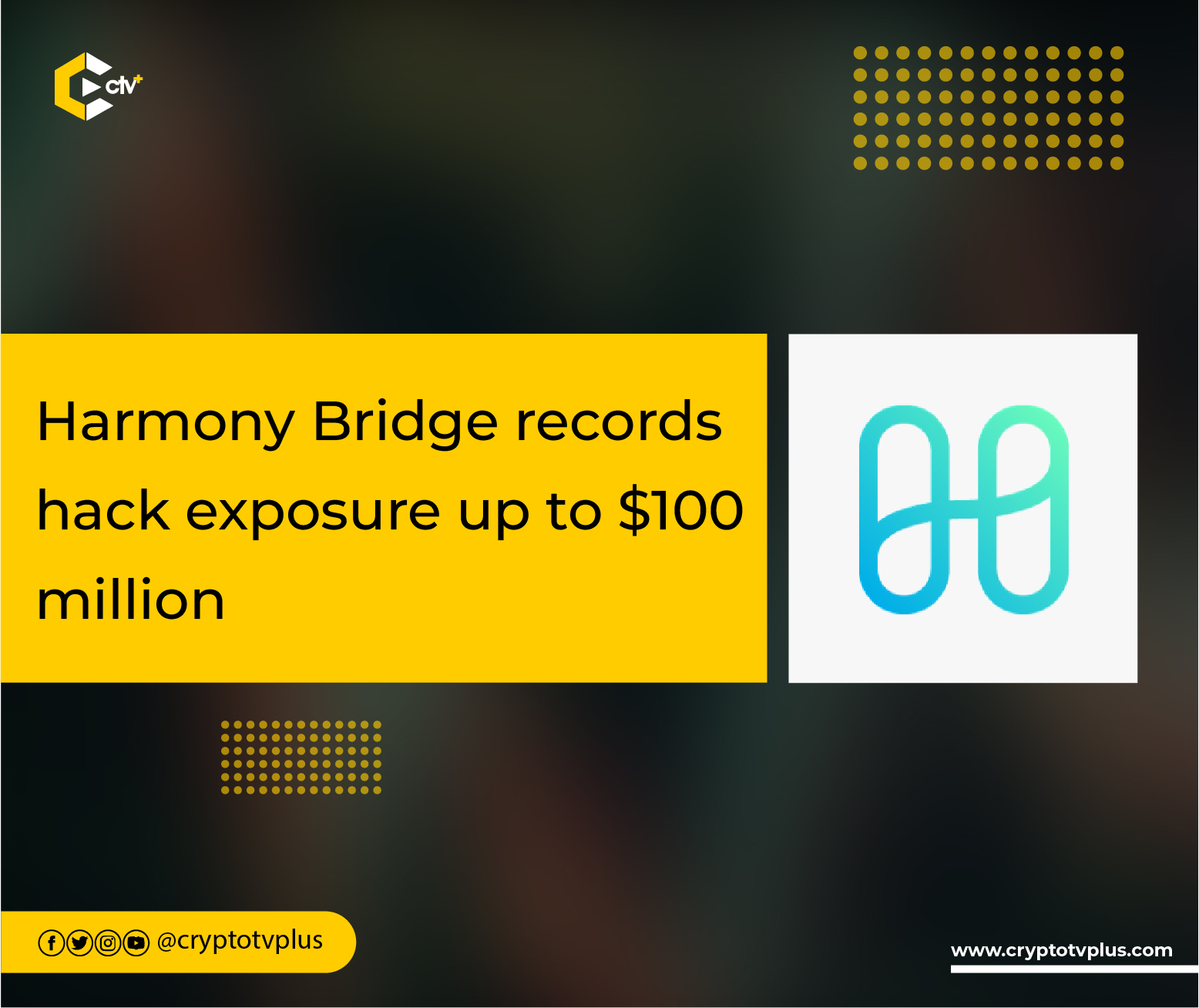 Mist Track, a cryptocurrency tracking, and compliance platform has uncovered traces in connection with the Harmony Bridge hack and has revealed who they deemed to be the perpetrators of the hack.

According to the statement, Harmony Bridge fell victim to what Mist Track called “a devastating attack” that resulted in an exposure of $100 million.

The crypto tracking and compliance platform according to the report, have identified over 350 malicious addresses associated with this attack and had input the data into a Google Sheet and a Dune dashboard, now accessible to the public.

Furthermore, Mist Tracker has identified  Lazarus Group, a South Korean hacker organization, as the alleged conspirators allegedly responsible for the Harmony bridge attack and had transferred funds to multiple exchanges.

According to the report, the attackers were able to steal a large number of funds and immediately swapped it for ETH on the Ethereum Network.

The hack took place on June 23, 2022, and by June 26, 2022, the hacker transferred a total of 85,700 #ETH  to Tornado Cash, a platform well known for distorting payment records and making tracking difficult. 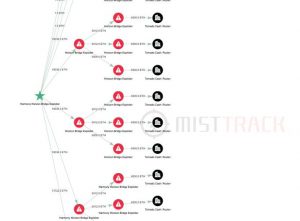 After a series of investigations which was described as an “In-depth analysis”, of the demix transactions from Tornado Cash, the investigation revealed a pattern of fixed withdrawal frequency per address. This pattern suggests a coordinated bulk transfer of either 400-700 ETH per address. 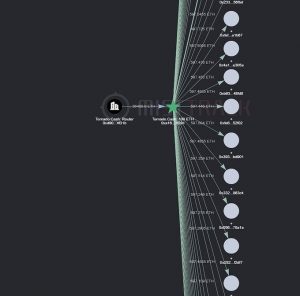 The data analysis revealed a correlation between 83,300 ETH withdrawals and the 87,500 ETH that was deposited by the hacker. Alongside the information, the report released a full detailed list of addresses involved

The report also discovered that the funds were left untouched until recently. On Jan 13, a large portion of funds was sent to RAILGUN_Project, a privacy Dapp that uses ZK-SNARK to avoid detection. 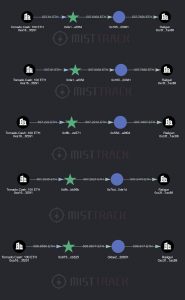 The hacker subsequently created various transactions and transferred the funds to exchanges such as Binance, Houbi Global, and OKX 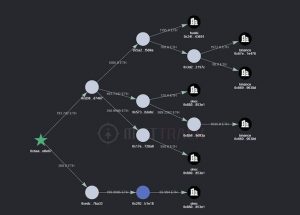 Interestingly, renowned Crypto Sleuth, ZachXBT had also lent his own investigative prowess to the investigation. As it had been revealed that The funds were quickly converted to BTC and withdrawn from the exchanges.

According to Zach, withdrew at least 1225 BTC ($26.4m) from Houbi Global and began depositing it to bitcoin mixers, chain-hopping stolen funds, and sending them to exchanges. 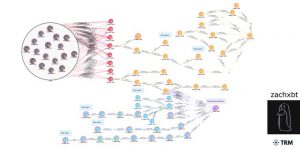 One of the examples Zach revealed about the hacker chain hopping funds is this: Bitcoin -> Avalanche -> Ethereum -> Bittorrent ->Tron 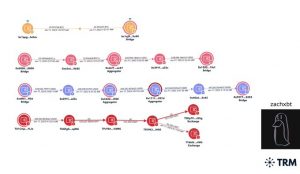 On June 23rd of 2022, the Harmony bridge fell victim to a devastating attack that resulted in a loss of approximately $100 million.
https://t.co/Rlcl8Jj0s2