Banks and Fintech companies are becoming one - President of PayPal
Advertisement 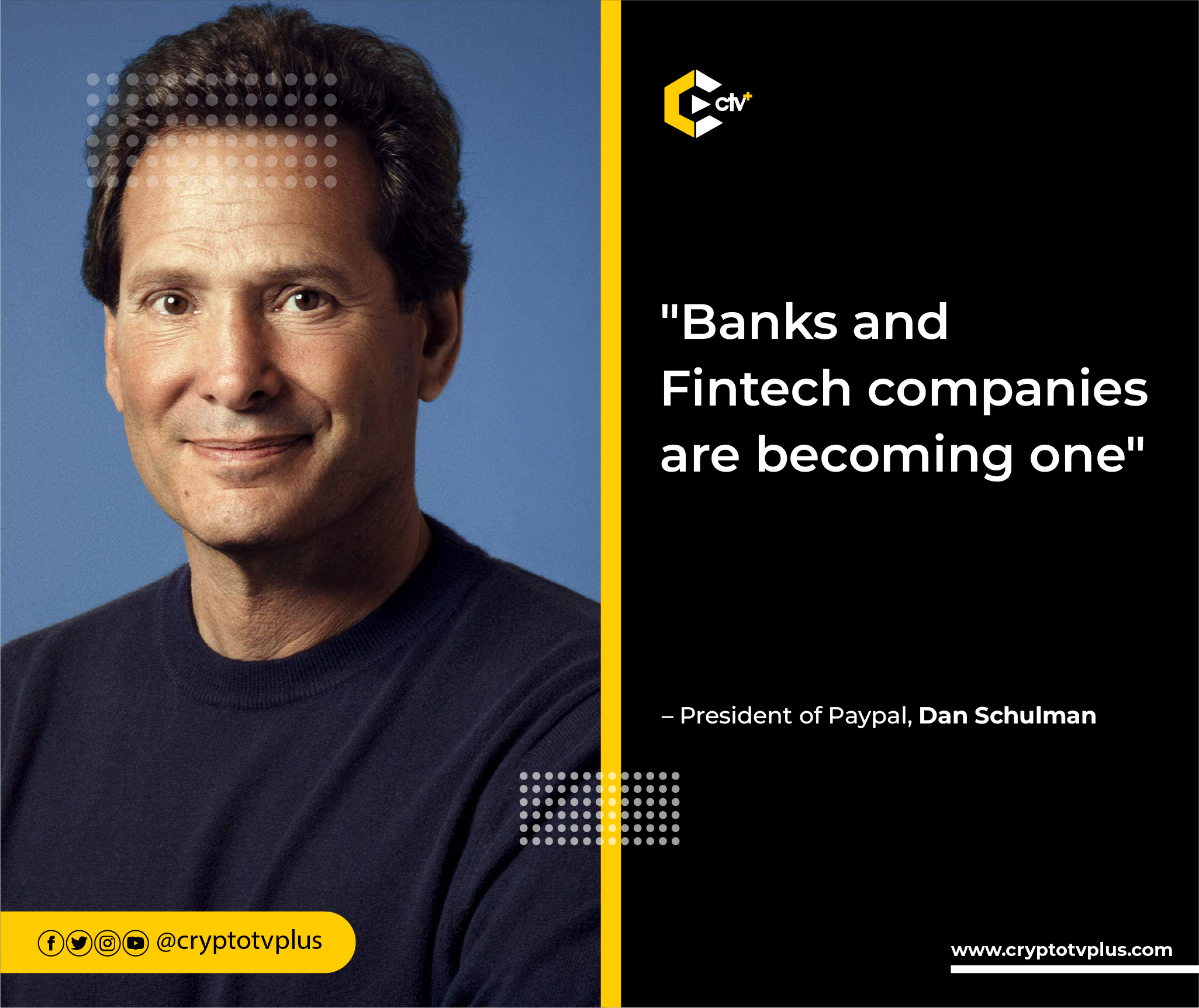 Never has there been a time when financial institutions and technology companies around the world are competing for the same resource, market, and service. The gap between banking and Fintech is becoming closer and closer.

There is a collapse in both traditional finance and the private sector because the current systems cannot efficiently serve the world again and the rate of innovation is fast for organizations to catch up, he added.

The President cited an example, stating that in the last 20 years, the take rate (cost) for transactions has remained at 2% for developed nations and between 5% and 10% for developing nations, making those who don’t have enough to pay more than those who have enough.

Can we handle AI, 5G, and DLTs in payments?

With the introduction of Artificial Intelligence, 5G connectivity, and distributed ledger technologies, the global financial architecture will be redefined in a few years, Dan noted.

He highlighted that while all these tools will be beneficial to users as they are deployed, there is a need to think about how they will drive proper financial inclusion and safety for all users. Due to the collapse of several crypto platforms, FTX being the latest with billions lost, the world now doubts the usefulness of blockchain technology.

“The promise of distributed ledger is that transactions and services can be faster and cheaper,” Dam said, supporting the use of blockchain.

He also noted that since implementing faster and more flexible solutions will attract more people into the global financial system, trust has become the most important watchword for all payment institutions. This trust will come from implementing security measures such as AML, and KYC and building a good framework on how users will be served.