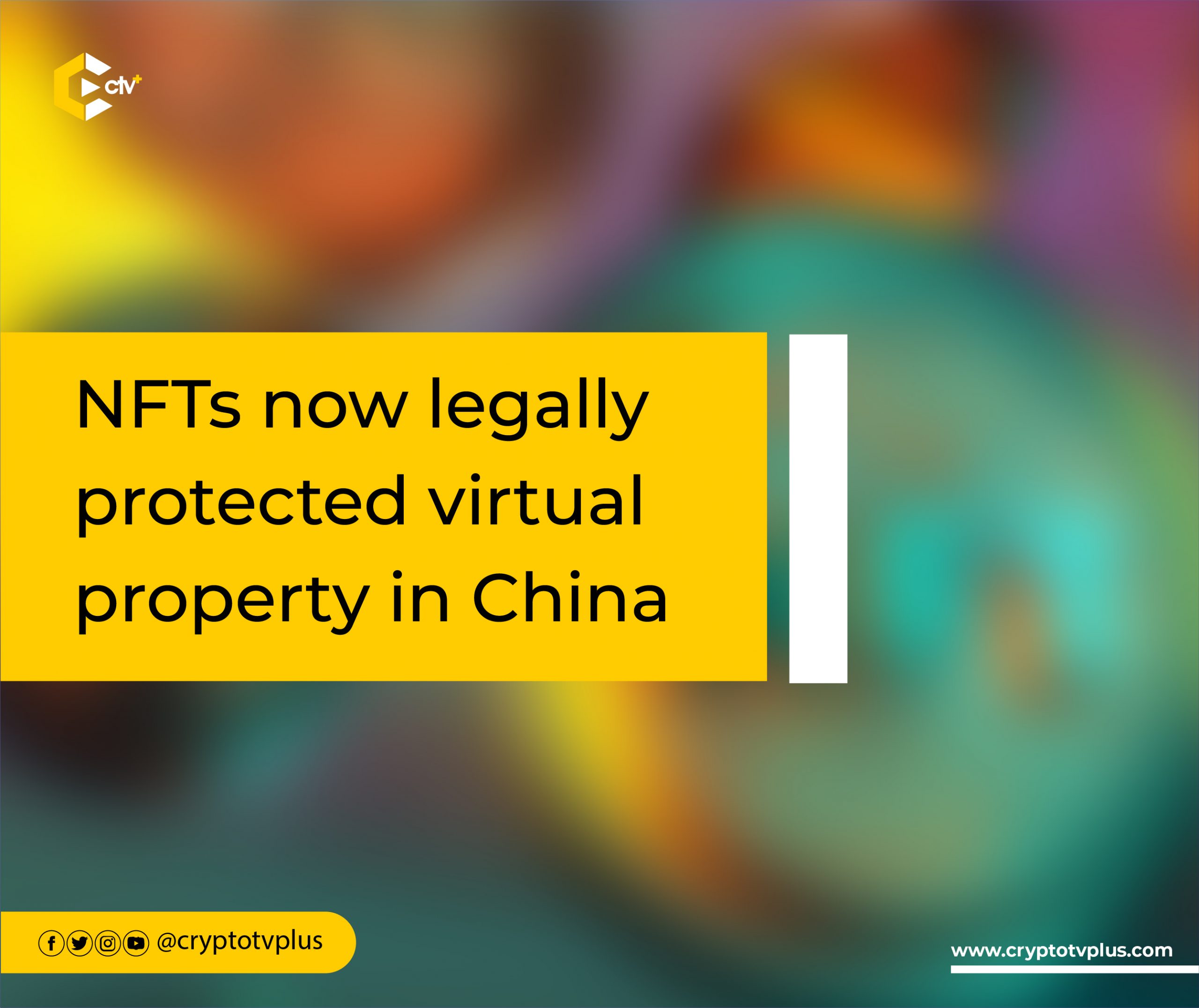 A court in the Chinese city of Hangzhou has ruled that non-fungible tokens (NFTs) are virtual property protected by the People’s Republic’s laws.

The ruling resulted from a dispute between a client and a local digital art platform that cancelled a sale of NFTs on his behalf. The client sued the company claiming the operation was terminated without his consent.

The court authority further stressed in the statement, which was published by Chinese crypto journalist Colin Wu, also known on Twitter as ‘Wu Blockchain,’ that:

The Hangzhou court, therefore, ruled that NFT collections fall within the category of virtual property. It also stated that the transaction in the case constitutes the economic activity of selling digital goods over the internet, therefore, it falls within e-commerce and should be controlled as such under China’s “E-commerce Law.”

The court’s ruling has been welcomed as one that eliminates uncertainty for the asset class due to the general restriction on digital assets.  According to how NFTs are handled in Chinese law, this creates a foundation.

How NFTs work in China

China adopted the notion of a “digital collectible” when referring to NFTs to comply with Chinese government restrictions. Uploading NFTs to a public blockchain is prohibited. They can only be uploaded to the government-owned blockchain, which is shared between a small group of government-backed participants and private organizations with the power to edit the data stored there as needed.

NFTs outside of China have financial and investment value because of their rarity and tradability, which give them the characteristics of securities. Yet, NFTs are restricted by the Chinese government from being turned into securities.

Numerous regulatory documents, including the Initiatives Regarding Preventing NFT-related Financial Risks and the Notice on Further Preventing and Disposing of Hype Risks in Virtual Currency Transactions, have been released to stop money laundering, hype-related NFT activities and other illegal financial activities.

The Chinese government prohibits NFT trading on all secondary marketplaces. For instance, trading platforms like OpenSea are not permitted to run in China. The phrase “digital collectibles” also implies that digital artworks are not to be traded in China but rather are only to be collected.

Since the name “collectibles” is what the government wishes to qualify NFTs, most Chinese collectors take advantage of the opportunity to amass their collections, take them out of China and sell them. This was one of the primary motivators for the Chinese to begin collecting NFTs, which they labelled “digital collectibles.”