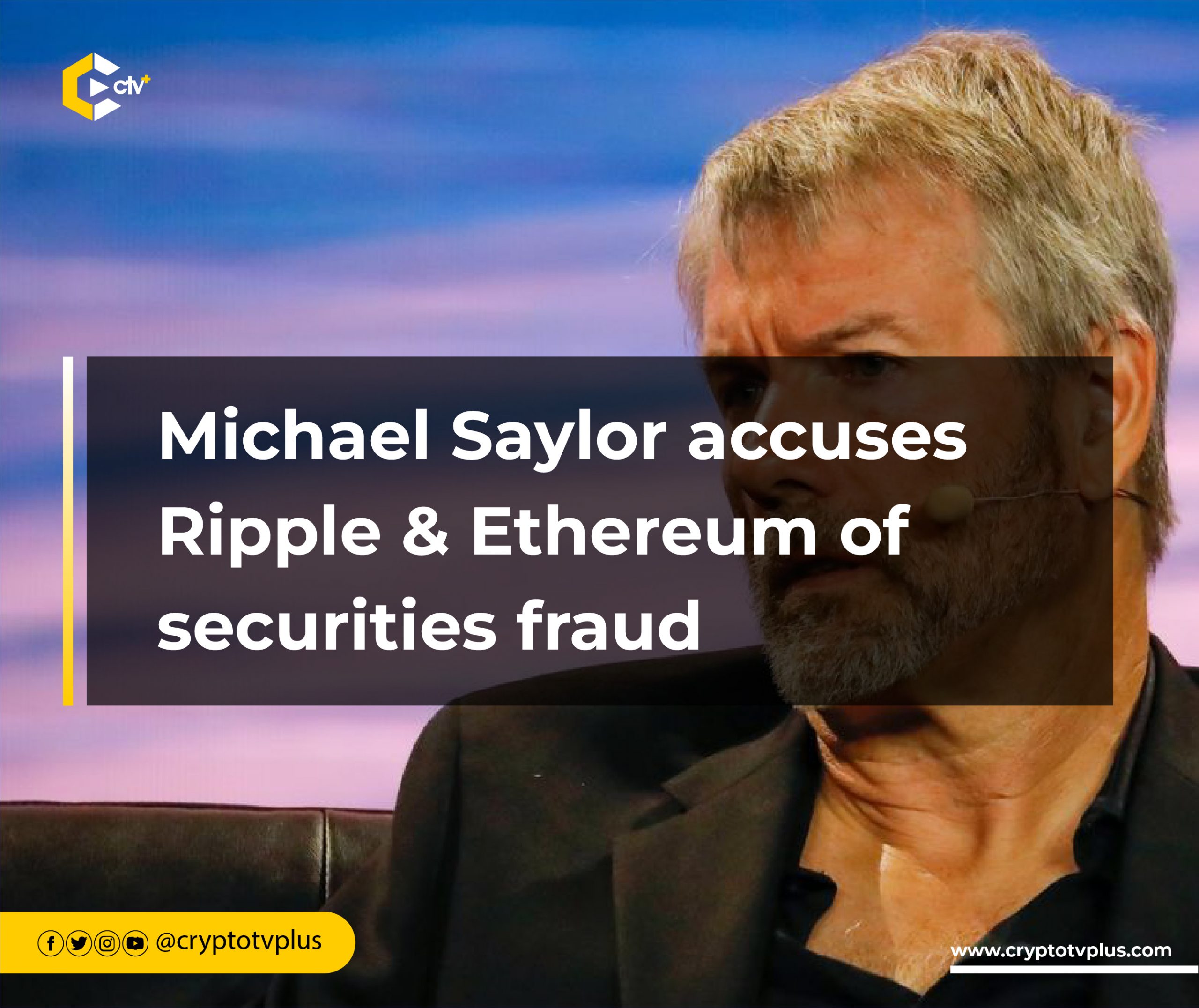 Bitcoin maximalist Michael Saylor has criticised Ripple and Ethereum for engaging in securities fraud. In a recent podcast appearance, Saylor classified altcoins as securities, indirectly restating his love for the first-ever cryptocurrency, Bitcoin. Saylor was CEO of software company MicroStrategy until August this year, spearheading several bulk Bitcoin purchases for the firm.

The Bitcoin maximalist’s criticism against Ripple is in reference to the ongoing suit between the US SEC and Ripple Labs (XRP’s parent company). Like the US regulators, Saylor believes Ripple is an unregistered security.

‘’It’s pretty obvious. It’s a company. The company owns a bunch of it. They sell it to the general public, but they never took the company public. There’s (sic) no disclosures.”

According to Saylor, Ethereum is also an unregistered security because it is controlled by a few people— the Ethereum Foundation and Consensys. Saylor compared Ethereum to Solana and FTX’s struggling token FTT, placing them in the same basket. In addition, he pointed out that Ethereum currently has $20 billion worth of tokens locked— in the wake of the chain’s transition to the Proof-of-Stake (PoS)— in a deposit contract. At the same time, it is unclear when withdrawals will be possible.

While there are speculations that the unlocking event is slated for March 2023, Saylor is critical that only a small group will decide when the staked tokens are redeemable.

”Now, isn’t that the definition of an investment contract? If a bank took $20 billion of your assets, froze the window and said, ‘You can’t have your money back, ever, maybe in the year 2024. We are not sure.[…] We may give you interest on it.’ That’s the definition of a security.”

Furthermore, Saylor noted people could not depend on a few engineers, a company or a CEO if a crypto asset is supposed to be a commodity.

Unsurprisingly, Saylor regards Bitcoin as an ethical commodity. On the other hand, all altcoins are equity tokens issued by a company to avoid an IPO. Thus, they commit securities fraud. As such, Saylor has advised the SEC to shut them down, claiming that they are unethical.

Sushi calls for quick action to save their treasury