Kevin O'Leary to testify about SBF at the Senate hearing
Advertisement 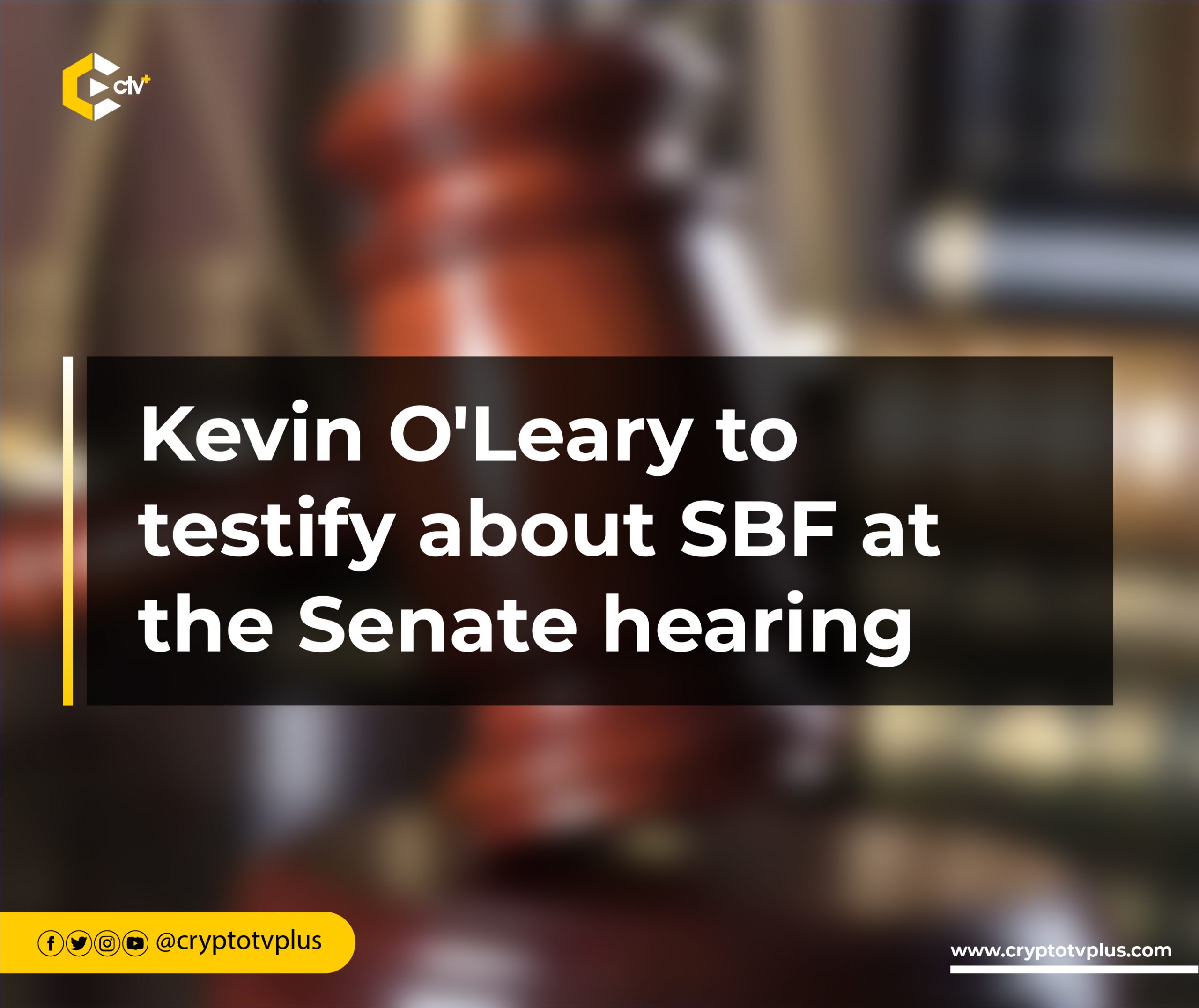 Kevin O’Leary, spokesman and investor of the now bankrupt exchange, FTX, disclosed in an interview with CNBC on the “Squawk box” show that he agreed to testify about Sam Bankman-Fried in the Senate hearing this Saturday. “Pat Toomey called me to sit on the committee next week; I agreed to testify,” he said.

The Venture capitalist, Kevin, became FTX’s spokesman in August 2021, when according to him, Sam Bankman-Fried approached him to get an inside seat. He mentioned the deal was worth under $15m, where he invested $9.7m in crypto and $1m in equity. Kevin however, lost the $9.7m in FTX account and $1m in FTX equity. Kevin confirmed that the money he lost was all his. “Not a single dollar I lost is anybody else except mine, that is important for me,” he said.

When Kevin made the arrangement in August 2021, he said that “to find crypto investment opportunities that met my rigorous standards of compliance, I entered into this relationship with FTX. It has some of the best crypto exchange offerings I have seen on the market.” Before this, he was cited referring to crypto as cabbage in 2017, which he said at the time the regulatory environment was not prepared, however, mentioned that he had a change of opinion when he saw countries like Canada open up. “I’m an investor in the largest regulated exchange in Canada, wonderFi, the ones you call Bitby regulated by the OSC. I have my account up there,” Kevin mentioned.

CZ, Binance CEO, following the interview, in his tweet, highlighted that SBF attacked him based on his ethnicity after Binance pulled out of FTX as an investor and Kevin O’Leary is likely to continue those attacks, he said.

Is Kevin O’Leary aligning with a fraudster?

The Binance CEO pointed out that Kevin O’Leary is aligning with a “fraudster” and questioned Kevin’s defense of SBF in the interview with CNBC.

Kevin and other institutional investors who invested in FTX relied on each other’s due diligence, according to Kevin O’Leary. He mentioned that a second point that drove his interest and built the ground for his deal with FTX was the fact that “SBF is an American, his parents are American compliance lawyers, and there were no large American exchanges to invest in if you wanted to invest.”

“I know all the institutional investors in this deal, we all look like idiots,” Kevin O’Leary said.

He disclosed being in communication with SBF and also he learned that one of the biggest use of FTX’s cash by Sam was to buy back his shares from Binance who owns 20% of his exchange. The reason he did that, SBF told Kevin, was to ease the process of license application which usually gets jammed with Binance “where the ownership is opaque.” That cost him a couple of billion dollars, Kevin O’Leary stated.

How Bitcoin Lightning is scaling payment

What do you think of this article?

Bank of England now accepting applications for a ‘proof of concept’ CBDC wallet.