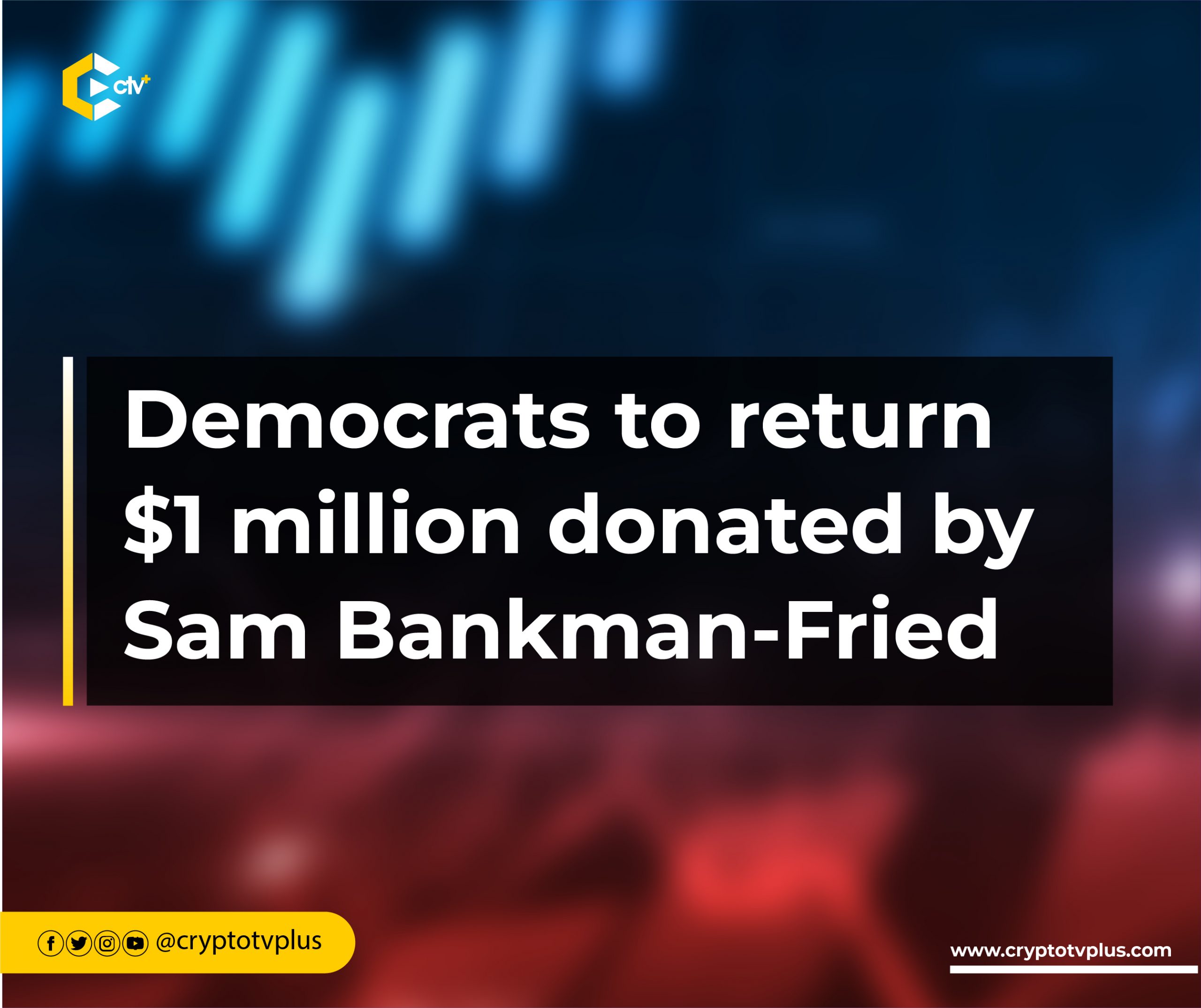 On Friday, after SBF was arrested and charged, these groups disclosed that they are willing to set aside the contributions received from SBF which is worth over $1 million. As the FTX and Alameda-linked founder face court trials, the groups are making moves to return the money to FTX customers.

A DNC spokesperson mentioned to a media outlet that in line with the charge around potential campaign finance violations against SBF, the committee is setting aside funds to return the donation it got from him since 2020 which is worth $815,000. However, the refund will be pending proper direction in the legal proceedings.

The two other campaign groups also pledged to set aside the donations received from SBF, worth $103,000 and $250,000 respectively.

Following SBF’s arrest, federal prosecutors in their statement mentioned that Bankman-Fried was running a donor scheme. A US Attorney, Damian Williams said the donations made by FTX were all in a disguise and came from customers’ money.

While it seemed SBF donated mostly to Democrats he disclosed after FTX went bankrupt that he donated to Republican campaign groups, quoting a similar amount. In a conversation over the phone, he told reporter Tiffany Fong that all donations he made to the Republicans “were dark.” He added that “Reporters freak the fuck out if you donate to a Republican. They’re all secretly liberal, and I didn’t want to have that fight.”

As election watchdogs hope that this event will bring a change to campaign finance rules. The Citizens for Responsibility and Ethics in Washington (CREW) earlier this week demanded an investigation into SBF’s “dark donations” in a complaint it filed to Federal Elections Commission.

Moreover, the just elected Rep. Maxwell Frost (D-FL) on Wednesday said that the donations received from Bankman-Fried’s would go into the Zebra Coalition campaign, a group based in Florida, servicing homeless LGBTQ+ youths. He added that he never solicited a donation from SBF, however, he did donate to his campaign.

Additionally, Sens. Kirsten Gillibrand (D-NY), Tina Smith (D-MN), Alex Padilla (D-CA), and Bill Cassidy (R-LA) all received donations from SBF according to CBS News, and are either planning or have already donated the funds.