Building is the best way to fight FUD - CZ
Advertisement 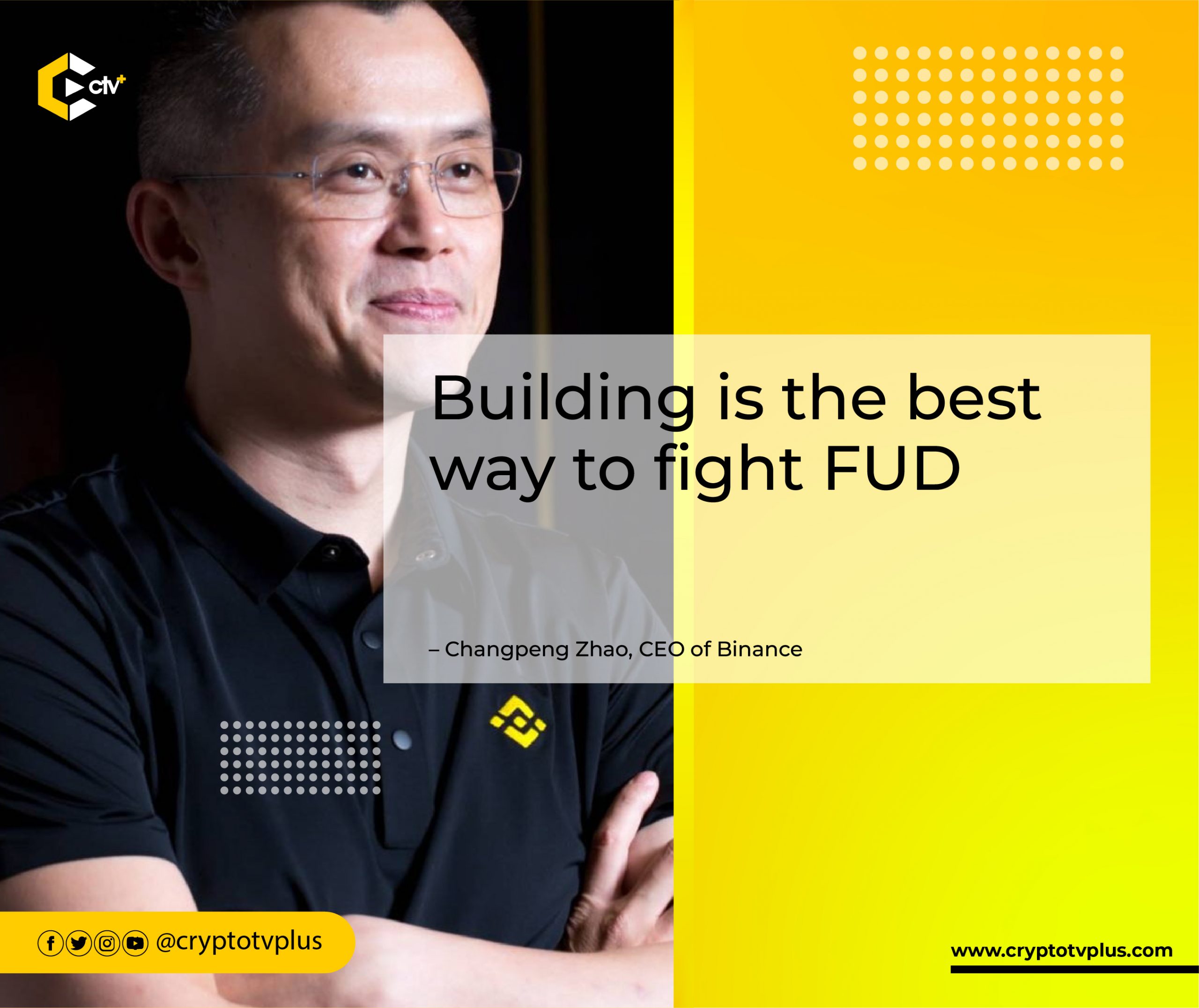 The past 72 hours saw a hike in withdrawals from Binance which was created by several factors including FUD from the crypto ecosystem. In response to a question about his stand on the recent FUD against Binance, CZ, the CEO of Binance said during an AMA session, “Building is the best way to fight FUD.”

The CEO explained that while he couldn’t ascertain the real cause of the FUD, he thinks there might be situations where certain persons are not happy with the advancement of Binance in the wake of the FTX collapse. He also added that others might be looking for attention, clicks, and followers online in such an uncertain season.

CZ further noted that he’s not against having conversations, debates and hard talks around the safety of the industry. On the other hand, he advised that if such activities are not managed, the personalities that indulge in derogatory statements against others will lose users’ trust in the long run.

Future of NFT, Binance and Africa

Answering an NFT-based question during the session with over ten thousand listeners around the world, CZ clarified that NFTs are still too early as their use cases now are very primitive. He added that there are better use cases of NFTs that will attract adoption.

“Selling JPEGs is still very rudimentary,” he said. We are waiting for innovative entrepreneurs to break the ground and launch more exciting projects to drive massive adoption.

Speaking about Africa, CZ revealed that Africa is a major part of the reason Binance is designed the way it is because they have the highest number of users that need financial freedom than any region. He explained that more Africans used Binance for payment and savings instead of trading compared with other regions.

Finally, he added that Binance has reached the region with massive educational programs that have trained over 600,000 students and have also sponsored feeding programs for school children.

We don’t have loans; we don’t owe anyone – CZ

ETH to dump below 1k?