Why Wuhan omits NFTs from its Metaverse plans
Advertisement 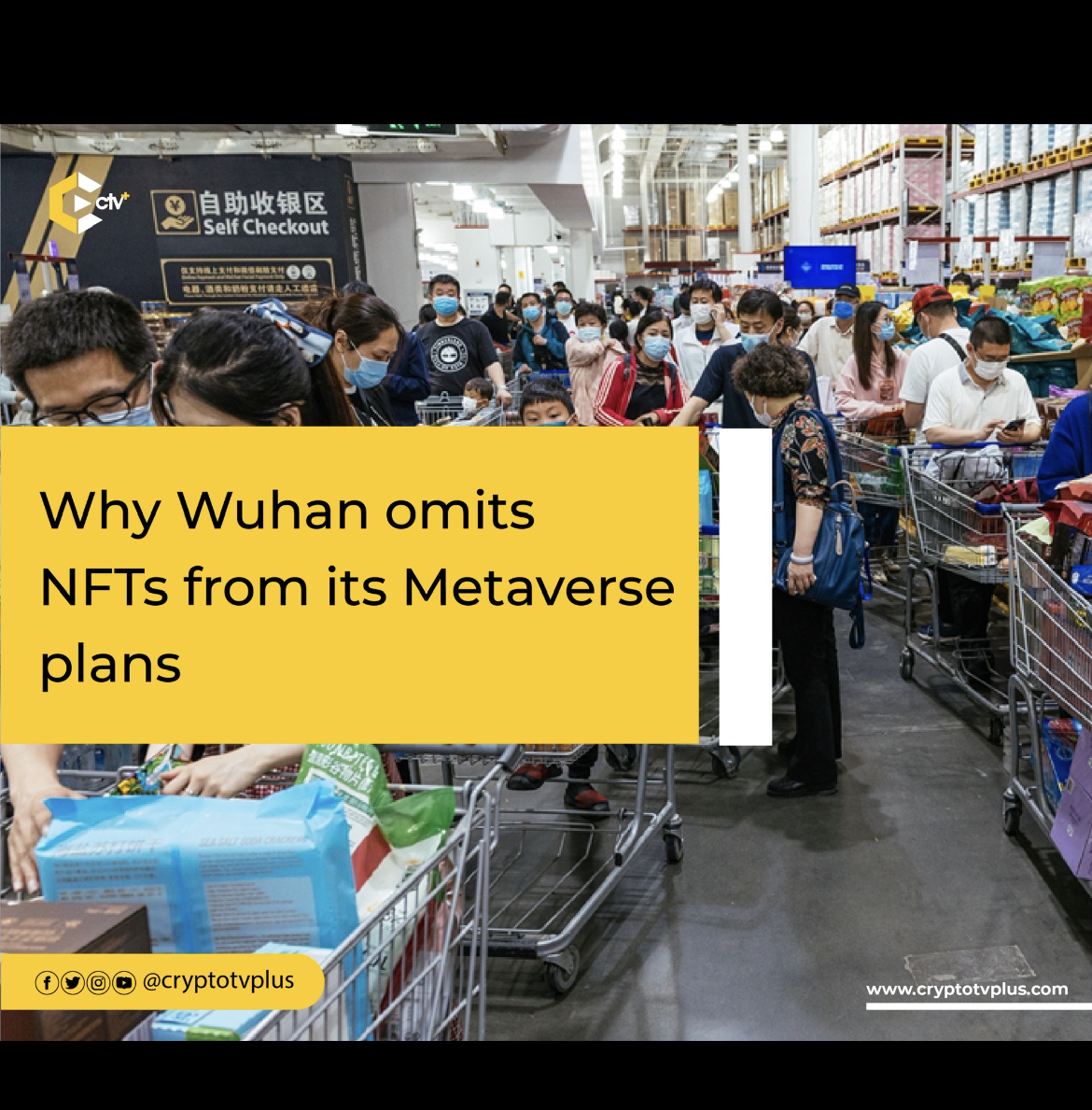 The Chinese city of Wuhan has reportedly jettisoned its plan to include Non-Fungible tokens (NFTs) as one of the tools to cushion the effect of the COVID-19 pandemic on the Chinese economy.

Wuhan had earlier announced its plans to give full support to metaverse and NFTs as one of the economic measures that will rejuvenate the city’s economy after the pandemic has ruined it.

The initial draft of Wuhan’s industrial plan for metaverse economy development included a line where NFTs were mentioned explicitly.  However, it has been reported by the South China Morning Post that this NFT part that was initially included has now been omitted in the revised version of the draft. Although NFTs were excluded, the revised version supported the metaverse, encouraging businesses to focus on decentralized tech and Web3.

In the newly revised plan, Wuhan aims to foster more than 200 metaverse companies and create at least two metaverse industrial estates before the end of 2025.

Taking a closer look at the revised draft, the Chinese government seems to have jettisoned anything that involves the exchange of tokens or digital properties. This has been an existing situation within the Chinese government over the years as the government development plans have included metaverse-related technologies. A lot of Chinese cities, including the capital city of Beijing and Shanghai, have announced their metaverse innovation plans. Despite the announcement of their support for the metaverse, private businesses or tech giants that get involved with NFTs are always faced with government hostility.

The Chinese government has previously made moves to separate NFTs from cryptocurrencies so as to help the industry grow despite the ban imposed on cryptocurrencies. This led to an increase in interest among Chinese communities as the NFT marketplace, OpenSea, saw an increase in listings from Shanghai during the COVID lockdowns.

Unfortunately, the increase in its popularity was accompanied by an increase in the number of fraudulent activities in the space. This has made the government issue several warnings to investors and also regulate NFT trade.

Leaving China is a blessing in disguise – CZ

What are Semi-Fungible Tokens? (SFIs)