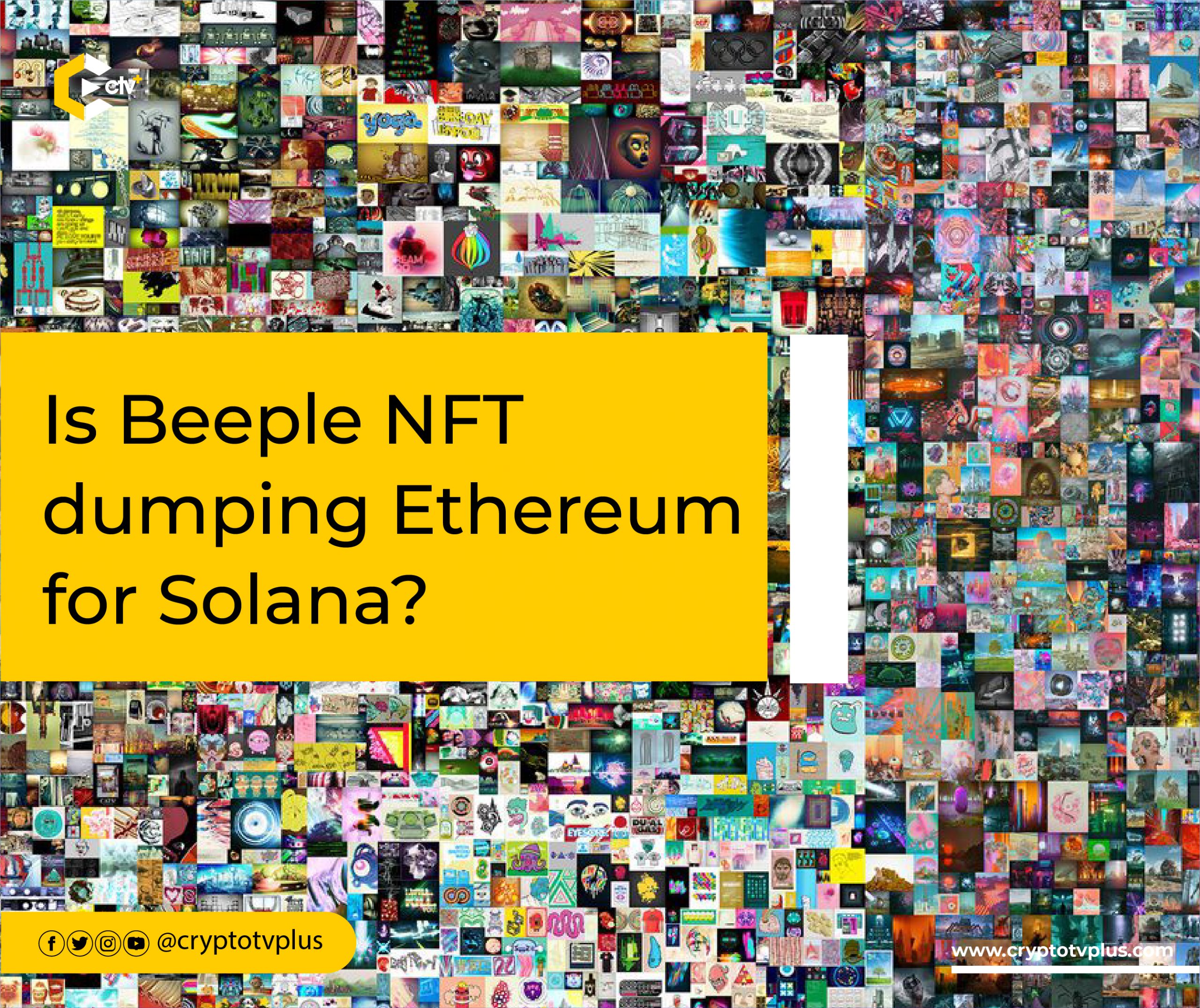 Beeple, owner of one of the most expensive NFTs, will start minting NFTs on Solana. Stephen Hess, the CEO of Metaplex Studios, made the announcement during a talk at the Breakpoint conference organized by Solana.

In partnership with Metaplex, NFT standard in Solana, and Render Network, the artist will join in the launch of 3D NFTs. Metaplex was created as a protocol that helps the Solana community to create digital assets, especially NFTs. It uses the $MPLX token as the native cryptocurrency. In 2021, Metaplex marketplace was released for users to create, mint, and trade their NFTs.

Beeple has been using the Ethereum blockchain to create his collections, including the famous art, EVERYDAYS: THE FIRST 5,000 DAYS, that he sold. Solana, with faster, cheaper, and new exciting products, seems to be a better option for minting NFTs. Magic Eden is one NFT Marketplace on Solana that has improved the NFT experience for creators as well as collectors.

On Monday, November 8, 2022, Beeple responded to the announcement about his partnership with Solana by saying that no agreement had been reached yet. Then, Hess of Metaplex, apologized to Beeple, noting that miscommunication between the teams involved caused the misinformation. Jules Urbach, founder and CEO of OTOY, owners of the Render Network, gave details about the partnership on a YouTube video.

After Beeple’s successful sale in 2021, he has been involved in the crypto and NFT space alongside several teams. For Render Network, Beeple was a one-time advisor for the company. The artist also creates his 3D artwork using the Render Network.

Beeple also started tokenizing more physical art, where he attaches an NFT with a physical artwork. An example is the “Kinetic Video Sculpture” he released alongside an NFT. Another project he has initiated is a digital art studio where he wants to host his works and those of other artists.

The artist shared his sentiment earlier this year with Decrypt when he projected that NFTs would shift from being a speculative idea to projects that connect emotionally with the community and provide utilities. “There will be some sort of utility” added to my future NFT projects, Beeple explained.

Beeple rewarded ZachXBT with an honorary NFT. Here’s why

Why Wuhan omits NFTs from its Metaverse plans