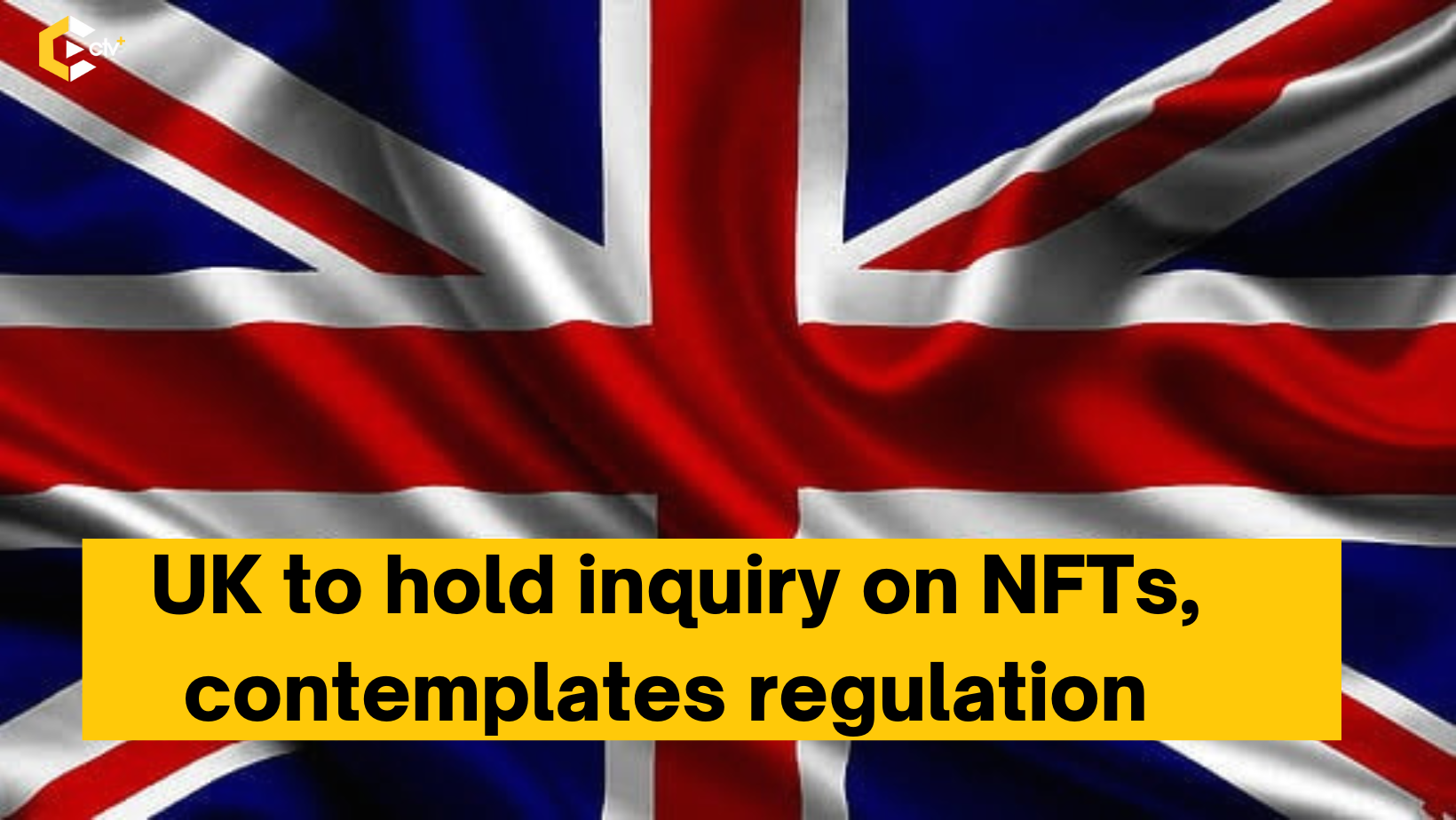 As the U.K forges ahead with plans for crypto regulation, it seems to have picked interest in NFTs and is considering regulation. According to an official release by The U.K parliament, ”The DCMS Committee consisting of memebers from different political parties will hold an inquiry into the operation, risks, and benefits of Non-Fungible Tokens (NFTs) and the wider blockchain.” This move is seen to be a step towards NFT regulation.

To confirm the regulation move, members of the U.K. Parliament fear that NFT speculation may be likened to a “bubble,” considering NFTs like that of Jack Dorsey’s first tweet which sold out for $2.9 million but was resold at $280. The release also contained that “MPs are expected to consider whether NFT investors, especially vulnerable speculators, are put at risk by the market.”

There is a fear that the bubble around NFTs may burst; therefore, there is a need to understand the risks, benefits, and regulatory requirements of the NFT space as it goes wild, Julian Knight, Digital, Culture, Media and Sport Committee –DCMS chair, MP, mentioned in a statement.

He further said, “the inquiry will investigate whether greater regulation is needed to protect consumers and wider markets from volatile investments. This inquiry will also help the Parliament to understand the opportunities presented by an exciting new technology which could democratise how assets are bought and sold.”

“NFT regulation in the UK is largely non-existent,” the official release by the U.K parliament said. The launched inquiry into NFTs and the Blockchain will be to examine if there is a need for more regulation ahead of a Treasury review.

Aside from regulation purposes, the inquiry, which will conclude on January 6th, 2023, will evaluate the wider benefits of NFTs and the blockchain to the UK economy.

The public is not left out in the decision process. The U.K. lawmakers fear NFTs are overvalued however, they are eager to hear the public’s opinion on regulating non-fungible tokens (NFT).

DCMS committee welcomes submissions from anyone with answers to the questions in the call for evidence. According to the official release on the U.K parliament website, the questions include:

The public can submit evidence until 6 January 2023.

Hong Kong in competition with the UK to be crypto’s global hub?

Elrond rebrands to MultiversX, focuses on the Metaverse

Blocto announces a $3M fund for the Aptos ecosystem